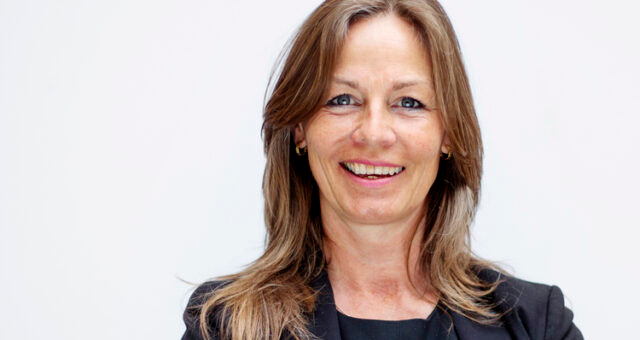 So far, 2021 has been a transformative year for Pila Pharma, and the third quarter was no exception. The company can look back at a period characterised by a publicly traded share, a scientific principle being awarded the Nobel Prize, and preparations for phase II. Shifting its focus on what lies ahead, additional milestones are coming up for Pila Pharma.

“We say what we do, and we do what we say,” Pila Pharma’s CEO and founder Dorte X. Gram said after releasing its first quarterly report after the stock was listed on Nasdaq First North Growth Market during the summer. The listing in itself is one of 2021’s major events for the company, which, in connection to the event, raised 35 MSEK to fund the further development of its drug candidate XEN-D0501 in type 2 diabetes.

The candidate targets the so-called TRPV1-receptor, which received a lot of attention this fall after its discoverer, American David Julius, was awarded the 2021 Nobel Prize in Medicine. The discovery that the receptor plays an important role in how humans experience temperature and pain was a breakthrough in understanding how the brain picks up on sensory expressions. Read more about the news and its potential impact on Pila Pharma here.

Pila believes in a broader role for TRPV1

However, according to the company, the TRPV1 receptor has an even greater role to play, and the hypothesis is that TRPV1, in addition to sensory experiences, also affects insulin secretion and insulin sensitivity. When a phase IIa study showed that XEN-D0501 induced a clear insulin response in type 2 diabetics, the theory was further strengthened.

For Pila Pharma, the next step is to confirm these results in a larger phase IIb study where the primary goal will be to reduce blood sugar levels for a longer period. In the study, the candidate will be tested in 250 – 300 patients over three months. The company hopes to present top-line results in early 2024.

In preparation for the upcoming trial, the company has already secured XEN-D0501 tablets and received a GMP certification for the intended placebo tablets.

Preparing toxicology and finalising with CRO

However, starting the next phase of clinical development requires further preclinical studies, such as a toxicological programme. Production of the XEN-D0501 substance for the toxicology studies is in full swing, and the company is in final negotiations with a Contract Research Organisation (CRO) to carry through the programme. In parallel, several different CROs are evaluated for the upcoming phase IIb study.

BioStock contacted Dorte X. Gram for a comment on the first quarterly report as the CEO of a listed company.

You were able to report an eventful quarter, during which you listed the company and raised 35 MSEK. How would you describe the current financial situation?

– Right now, our cash register is full. We have more than enough to cover the costs for the initial activities of developing the Active Pharmaceutical Ingredient (API) as well as for testing it in two animal species to ensure a good tolerability in animals before testing it in humans.

– After that, the plan is to finance the clinical study through the exercise of our TO1 warrant at the end of May 2022. We are also planning an additional rights issue, at a suitable point in time. We are already in dialogue with potential financial partners to help us though the next capital raise, and we consider it highly likely that we will be able to fully finance the phase IIb study.

Given that the candidate has already been evaluated in phase IIa clinical studies, why are further toxicology studies required at this stage?

– Regulatory authorities are responsible for protecting people’s health. To ensure that, they require that any substance that is to be tested in humans, first show good safety in at least two animal species. The animal models should run for at least as long as the planned clinical study.

– We are planning a three-month phase IIb study as it is the minimal requirement from the authorities to, given good efficacy results, allow us to continue to phase III. Therefore, before the phase IIb, we must run a three-month tox study.

– We already have data from one-month toxicological studies in two animal species, which Bayer provided, showing that our substance is very well tolerated. We expect that this will also be the case after the three month follow up. Therefore, we view the toxicological studies as low-risk, and rather a regulatory requirement to be able to continue towards the clinic. We are well on our way with the API manufacturing, which is progressing according to plan and hope to start the toxicological studies before summer next year.

As we all know, the diabetes market is huge. Given positive phase IIb results, how do you intend to position your candidate and what market potential can you expect?

– We are currently in the process of updating the calculations of our risk-adjusted net present value, and we hope to be able present fresh numbers of our potential value soon. However, there is no doubt that the valuation will be very significant.

You have already announced that you intend to outlicense the candidate before a future phase III study. The market is naturally interested in this, none the least because there are a number of big players in the diabetes field, including Novo Nordisk, where you have worked previously. What does the process to find a future taker look like?

– We already have a fairly well-developed network of contacts to potential partners. Right now, our primary focus is thus to ensure good phase IIb data, that will, in turn, drive the real interest from potential partners. Once the study is up and running in 2023, I will intensify the dialogues to pave way for an agreement.

– However, it will all depend on the data the study generates. At this point, our main focus   is thus to optimise the study design, find the right study partners and building a competent organisation to ensure a study of top quality.

If we focus instead on what happens in the near future, what milestones do you see in front of you?

– We are currently working to synthesise new active study material, and we expect this to be completed in the spring. Simultaneously, we are planning the toxicology study and preparing for the study to start as soon as the study material is ready.

– Thirdly, we are preparing the phase IIb study design. Once the design is set, we will choose a CRO partner. Before the summer, the partner is to identify between 50 and 100 qualified clinics to enrol patients and carry out the study.

– Right now, we are a team of four employees, about ten consultants plus the individuals working with the synthesis. We are in the process of scaling up the organisation, so we are producing material to describe Pila Pharma as a company, what motivates us and how we work. With this in place, around the turn of the year, we can start hiring. I estimate that we will need to expand the team with four to six individuals in the first half of next year.

– In sum, we are a company under construction and it is great fun. We just decided to move to larger offices, because we already need more space to fit everyone working with the phase IIb preparations!