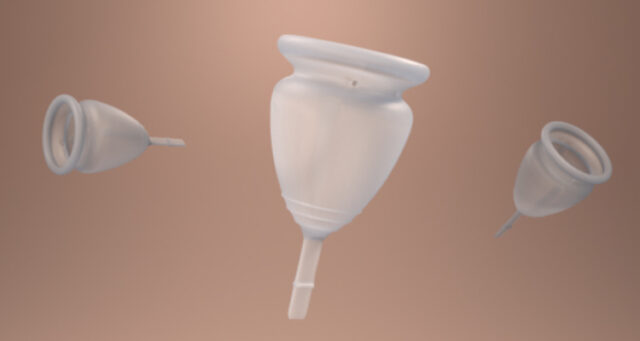 Invent Medic has the ambition to build a portfolio of products that promote women’s health. An important step in that journey has now been taken with the launch of the Efemia menstrual cup, which opens a significant market for the Lund-based medtech developer. BioStock spoke to the company’s CEO Anna Lindström to get her thoughts on the product launch.

About two million women, in Sweden alone: this is the target group that Invent Medic is aiming for when releasing the Efemia menstrual cup, a product based on a concept acquired from the Norwegian industrial designer Line Iren Andersen in 2020. The company has developed a menstrual cup that is thinner than other menstrual cups on the market, with the goal of delivering a product that is both comfortable and responsive, while at the same time being safe against leakage.

Elisabeth Sthengel, who is responsible for product development at Invent Medic, comments on the development of the new product in a press release:

»Women’s wishes have been a central and integral part of the different stages of product development. This means that we have a unique design based on the most important wishes of the women, both in terms of protection against leakage and how soft and responsive it is for the user.«

Sustainability perspective is important for the customer

Invent Medic estimates that the menstrual cup currently makes up about 20 per cent of the total market for menstrual protection products in Sweden and that the European market segment is worth approximately 100 MEUR per year.

Since the launch, on November 17, the Efemia menstrual cup is available to buy on the branded website efemia.se, and the initial campaign is aimed at the Swedish market. Recently, Invent Medic turned to using influencers in its marketing activities, and the launch of the menstrual cup is no exception.

A first launch video features, among others, the media profile Edvin Törnblom, who runs the popular podcast “Ursäkta” together with comedian Johanna Nordström. In addition to the website, the video is published on the popular YouTube channel Splay Sweden, which house several high-profile influencers and has about 350 000 subscribers.

This first activity is part of a larger launch campaign done in collaboration with Splay. The promotion will consist of activations with the participating profiles and advertising on social media.

After the initial phase, the company plans to expand the launch to additional countries. An important building block in the international rollout is to initiate sales of both Efemia menstrual cup and Invent Medic’s first product, Efemia bladder support, on Amazon‘s trading platform. According to the company, the platform provides easy access to several major European markets.

BioStock contacted Invent Medic’s CEO Anna Lindström to hear her thoughts on the launch of the new menstrual cup.

First of all, what are your thoughts on the launch of the menstrual cup and the fact that Invent Medic now goes from being a single-product company to having several products on the market?

– It’s an incredibly fun and exciting stage for the company and with the menstrual cup we reach a broader target group than before. We have achieved one of the goals set when the company was founded, that is, to have several women’s health products in our portfolio. Being able to stand on several legs is important for any company, including Invent Medic. Now, we can allocate costs and resources to both products.

How will you work on marketing the menstrual cup versus the bladder support?

– The major marketing effort for the bladder support consists of alerting women that there is help available for their stress urinary incontinence, while users already know that menstrual cups exist. With the menstrual cup we need to communicate its unique characteristics, being so flexible, comfortable and safe.

– For both products, different types of influencers will be important for marketing the product. We have seen a very positive response to these collaborations, where we continuously evaluate conversion from different posts.

You have communicated that Sweden is the first country to launch the menstrual cup and that you plan to push the product internationally as the next step. Can you tell us something about which markets may be relevant, in what order, and when?

– We have previously announced that we are working on launching the Efemia Amazon shop in Germany and in the UK. It is therefore natural that these are the next markets in which Efemia menstrual cup will be launched. The Amazon platform is very suitable for a product that consumers are already looking for, and in both of these countries, Amazon has had great success. You no longer google a product, instead you amazon it.