Home Interviews Targinta’s CEO on TARG10 and the spin-off 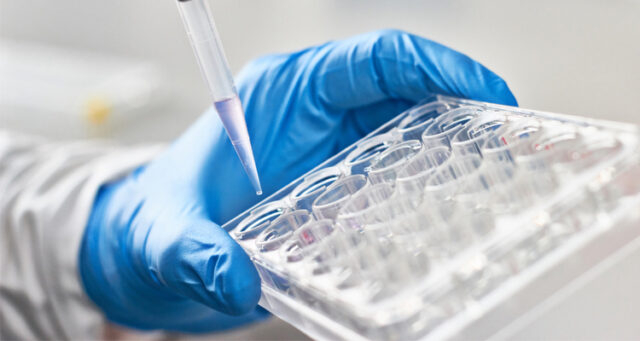 Targinta has selected its first drug candidate TARG10, which shows an inhibitory effect on tumour growth and reduced metastasis in triple-negative breast cancer. In addition, the company is in an intensive phase where it is preparing for a spin-off from the parent company Xintela. BioStock contacted Targinta’s CEO Per Norlén to learn more about TARG10 and the spin-off.

Oncology company Targinta develops targeting antibodies for the treatment of aggressive and life-threatening cancers. The antibodies are specifically directed towards the target protein integrin α10β1, which is a cell surface receptor with important functions for the tumour cells’ proliferation and migration. The protein is expressed on certain aggressive and life-threatening tumours, such as triple-negative breast cancer and glioblastoma, while expression in normal tissue is very limited, something that Targinta benefits from in the cancer therapy development.

TARG10 is one of two pharmaceutical projects

Targinta is running two parallel drug projects. One aims to develop function-blocking integrin α10b1 antibodies with the potential to prevent migration, proliferation and survival of cancer cells. The second project concerns an antibody-drug conjugate (ADC) where a chemotherapy is attached to the antibody to kill the tumour.

The function-blocking antibodies have previously shown positive results in preclinical studies in triple-negative breast cancer, and now Targinta has selected the drug candidate TARG10 for this indication.

Triple-negative breast cancer (TNBC) is an aggressive cancer with a high risk of metastasis and relapse after treatment. Every year, approximately 300 000 patients are diagnosed globally with TNBC, which corresponds to approximately 10-15 per cent of all people diagnosed with breast cancer.

Treatment options are more limited compared to other breast cancer types, as it is not possible to use the most common treatments for breast cancer targeting oestrogen, progesterone and HER2. This also means that overall survival is lower for TNBC than for other forms of breast cancer.

Interview with CEO Per Norlén

According to the company, TARG10 has an inhibitory effect on the cancer cells’ ability to grow, divide and spread, and it is able to reduce tumour growth and metastasis in preclinical triple-negative breast cancer models. The choice of TARG10 as the first drug candidate is a significant milestone for Targinta according to the company’s CEO Per Norlén, who took office just over a month ago:

»The selection of TARG10 is a very important milestone for Targinta. This first-in-class antibody targets a novel tumor-associated antigen, integrin a10b1. The effect of TARG10 on metastasis support the potential of the drug candidate to become a new therapeutic option for patients with triple-negative breast cancer«

BioStock contacted Per Norlén to learn more about TARG10 and the spin-off from Xintela that awaits in the fourth quarter of 2021.

You have now selected the function-blocking antibody TARG10 as the first drug candidate in Targinta. Why did the choice fell on TARG10?

– TARG10 became our favourite candidate early on because it combines powerful effects with good pharmaceutical properties. Now that the evaluation and selection of the drug candidate is complete, we will put all our efforts into completing a strong preclinical package for TARG10. The aim is both to prepare for future clinical studies and to create a good basis for partner discussions.

Can you elaborate on the candidate’s mechanism of action?

– TARG10 binds to our proprietary cancer marker integrin α10β1. This cell surface receptor is crucial for the ability of cancer cells to bind to surrounding tissue, and therefore likely essential for their ability to spread in the body. These functions are inhibited by TARG10. The effect has been confirmed in several different preclinical models, including breast cancer where both tumour growth and metastasis are counteracted.

How do you view the need for new treatments for triple-negative breast cancer?

– The very definition of triple negative breast cancer is that it does not respond to targeted treatment, neither hormone therapy nor antibodies directed against HER2. What remains is treatment with chemotherapy incombination with radiation and surgery, which often gives good effect. However, unfortunately, triple-negative breast cancer has a high tendency to relapse and spread after such treatment, and for these patients there is currently no effective treatment.

– Our goal is to establish a new type of targeted treatment for triple-negative breast cancer. It is based on the discovery that these cancer cells often express large amounts of integrin α10β1 on their surface. And the more aggressive the cancer, the more α10β1 is expressed. It therefore appears that the cancer cells form integrinα10β1 to increase their ability to grow and metastasise, something that we hope to stop with our integrin α10β1 antibody.

»Our goal is to establish a new type of targeted treatment for triple-negative breast cancer. It is based on the discovery that these cancer cells often express large amounts of integrin α10β1 on their surface.«

Where are you in the process in your pharmaceutical project for the development of ADC?

– Our conjugated antibodies, which today are under the working name TARGxx, are well ahead in the development, and we will probably be able to choose a drug candidate as early as the first quarter of 2022. Compared to TARG10, TARGxx is a slightly more complicated product. It is made up of both an antibody and a chemotherapy, a so-called ADC, or an antibody conjugate. In short, the antibody is used to deliver the chemotherapy to cancer cells with a targeting precision. The antibody conjugate binds to integrin α10β1 and the entire complex is absorbed into the cell. Once inside the cancer cell, the chemo is released, which kills the cell.

– Our integrin α10 antibodies are highly selective for cancer cells expressing integrin α10β1 and are probably well suited for this type of ADC technology. The development of ADC technology has progressed strongly in recent years and TARGxx is equipped with next generation toxins. These are substantially more powerful than those that have existed in the past and therefore require great selectivity, something that TARGxx can provide.

Why is this the right time to turn Targinta into an independent company by being spun off from Xintela?

– Targinta is based on a discovery in Xintela’s studies of integrin α10β1 as a marker for high-quality stem cells.The findings soon led to the realisation that integrin α10b1 antibodies could be used to treat aggressive cancers. Xintela is a stem cell company focusing on osteoarthritis and difficult-to-heal wounds and is now entering clinical phase in both indications.

– At the same time, Targinta’s operations have reached a crucial milestone, where drug candidates have been identified and where we are now ready to enter the preclinical development phase. So, even though the activities are based on related science, the development processes are completely different. In short, it is about focusing each business, ensuring long-term funding for our emerging oncology business, and highlighting the value of the oncology portfolio.

»At the same time, Targinta’s operations have reached a crucial milestone, where drug candidates have been identified and where we are now ready to enter the preclinical development phase. «

Focus on company split for Respiratorius during Q4