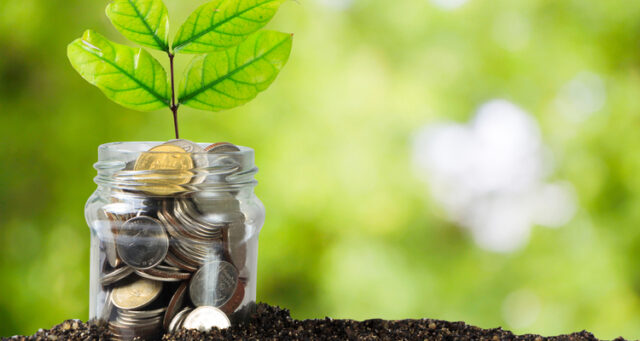 For Sprint Bioscience the third quarter was an intense and news-dense period. Thanks to a licensing agreement and a rights issue, the company now finds itself in its strongest financial position to date and ready to take the next step in its development. BioStock contacted CEO Erik Kinnman to get his view on the past quarter and on the future.

With three outlicensed drug programs, with a combined potential value of 747 million USD,  plus potential royalties, the future has a lot to offer Sprint Bioscience. The latest in the line of license deals is the immunooncology program Vps34. During the third quarter, the company worked intensely on handover to American Deciphera Pharmaceuticals, that is now taking over the helm in the program.

Solid base for continued investments

A brand new new license agreement and a completed rights issue mean that Sprint Bioscience stands at a cash position of 85.7 million SEK at the end of the third quarter, ready to invest further in new preclinical drug programs.

And the company has not been slow to make use of this. Shortly after Vps34 was outlicensed, the company announced the next addition to the internal development portfolio, NIMA. The goal of the project is to develop a treatment for solid cancerous tumours. The candidate aims to inhibit the tumour’s ability to program the microenvironment around it, thus preventing tumour growth and facilitating attacks from the immune system. You can read more about the program here.

Great interest in the development projects

In addition, progress has also been made in the DISA development program, where the intended target protein has been announced. In connection with this, the marketing of the program began, with intensified dialogues with potential licensees. A first stop on the marketing journey was the partnering conference BIO-Europe, which took place during the  past week, where Sprint Bioscience was met with great interest in both DISA and other development programs.

In parallel with the escalating marketing of DISA, work is also ongoing to find new interesting starting points for more drug development programs. One such program is carried out in collaboration with Dr Julian Walfridsson at Karolinska Institutet, a program that was recently awarded a research grant of 2.5 million SEK from the Swedish Foundation for Strategic Research. Read more.

Björn Sjöstrand new Chairman of the Board

However, it was not only the coffers and portfolio that expanded during the quarter, Sprint Bioscience also took steps to strengthen the organisation. The company has appointed a new CFO in the form of Mattias Skalmstad and the board was joined by life science entrepreneur Björn Sjöstrand as its new chairman. You can read an interview with Sjöstrand where he talks about his entry into, and his view of, the company here.

Overall, it has been an eventful quarter for Sprint Bioscience. BioStock contacted the company’s CEO Erik Kinnman to get his view of the third quarter and to learn more about what he sees ahead as we move towards winter.

First of all, Erik, how would you like to sum up the past quarter?
– It’s been very intense and successful. We have outlicensed the VPS34 program to Deciphera Pharmaceuticals, a very strong partner that has already shown great commitment to taking the program further. This is our largest deal to date and together with the new share issue carried out in August, this means that we have greatly strengthened our financial position.

– With a strong financial position in place, we can look to the future and focus on continuing to develop the business and build values in both outlicensed and internal programs.

BIO-Europe was held this week, an important event for you where you had conversations about the DISA project. What is the interest in the project so far?
– There is a noticeable interest from a large number of different companies. Some are interested more generally in what we have to offer, others are more specifically interested in either the VADA or DISA programs. It is clear that the mechanisms we address are highly interesting. DISA is in the relatively early stages compared to the VADA programme and we have received valuable feedback and started new dialogues. The BIO-Europe meeting has been successful for us and provided us with good support for continued discussions and marketing of our pharmaceutical programs.

Looking ahead, what milestones do you see in the next year?
– We continue to work intensively with our partners and the outlicensed programs to reach the next milestone on the path to clinical development and market approval. Such successes will further validate our business model. Furthermore, we want to continue to build our internal portfolio of highly interesting cancer drug programs and we are constantly working to sign new licensing agreements with strong international partners.