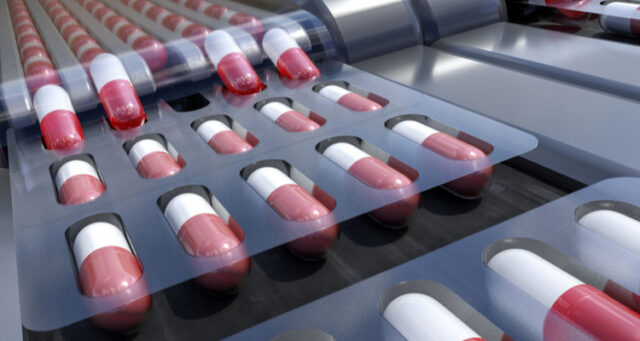 Respiratorius’ two development projects are running at full speed and a new formulation has been developed for the candidate VAL001. This paves the way for the next step and the company is now starting production for a phase I pharmacokinetic study with the new formulation. BioStock contacted the company’s CEO Johan Drott to find out more.

Lund-based Respiratorius drug candidate VAL001 is being developed for the treatment of diffuse large B-cell lymphoma, a rare and aggressive form of lymph node cancer and the most common type of non-Hodgkin’s Lymphoma. VAL001 is intended for use in conjunction with today’s standard treatment R-CHOP, a combination therapy that includes both chemotherapy and the antibody-based drug Rituxan (rituximab).

Previous results of combining VAL001 with R-CHOP have shown a 2-year survival rate of 96.8 per cent, compared to 81.7 per cent if only R-CHOP was used. You can read more about the candidate here.

As Respiratorius prepares the project for licensing and phase III studies, a new formulation has been developed with a release profile that entails both immediate and delayed release of the active substance sodium valproate. On Wednesday, the company announced that the new formulation is now ready and that production of VAL001 has begun. The formulation will then be used in an upcoming phase I pharmacokinetic (PK) study where it will be evaluated in healthy subjects.

However, before the study can begin, approvals from regulatory authorities are needed, which the company expects to receive before the end of 2021.

In parallel with the production, patent work for the new formulation is also underway. At the beginning of October, a positive response came from the Brazilian Patent Office, which intends to approve the patent for Brazil. Respiratorius has already patented VAL001 in Europe, US, Japan, Canada, and Korea. In several other countries, Respiratorius are currently responding to objections from the relevant authorities. Read more about the patent news here.

BioStock contacted the company’s CEO Johan Drott to ask some questions about the latest news.

First of all, how do you view the fact that you have now managed to develop a new formulation for VAL001?

– This is a very important milestone for Respiratorius. The formulation has been a difficult nut to crack, but thanks to good teamwork we have succeeded.

Why was it so important for the project to develop a new formulation?

– We have very strong results from our previous efficacy studies and if the PK study is successful we also have a product, which is of great importance.

As far as the work with the patent authorities is concerned, you state that you have responded to objections in several countries. What kind of objections are these and how do you respond to them?

– Objections are always a part of the patent process and this should be the case considering the fact that you get a monopoly via an approved patent. It is a question of persuading the administrator through factual argumentation.

The next step in the VAL001 project will be to complete a pharmacokinetic study. You have indicated that the study will start around the end of the year. When is it expected to be completed and what will be the next step after that?

– The study is limited and is conducted in healthy individuals. We expect results at the beginning of Q2 2022, which will be an important milestone in preparing for further clinical development.