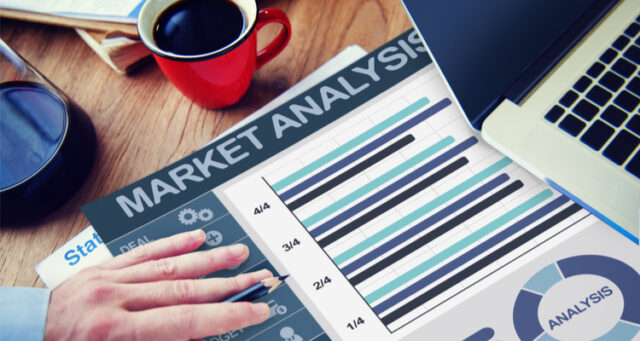 About 1 billion people worldwide suffer from migraine making it the third most common disease and the most common neurological disease. Chordate Medical targets the large global migraine market with K.O.S, a neuromodulation treatment technology that is not based on drugs. BioStock contacted Chordate Medical’s CEO Anders Weilandt to get an update on the market potential of the company’s CE-marked treatment system.

Medtech company Chordate Medical has developed a new treatment method for chronic nasal congestion and migraine called Kinetic Oscillation Stimulation (K.O.S). The treatment technique stimulates the nervous system via mechanical vibrations in the nose, which can reduce the number of headache days per month for the patient. K.O.S received a CE marking in migraine in May 2021 and now Chordate Medical is preparing for market introduction in Italy, Israel and the Nordic countries and possibly also additional markets.

Chordate Medical’s technology is expected to provide competition to migraine drugs as well as other medical migraine treatments on the market. Some examples of medical devices for the treatment of migraines are CEFALY, Relivion, gammaCore Sapphire, tVNS L, Nerivio, sTMS mini, HeadaTerm, Cerena and PainXtDCS, all of which are CE marked and thus approved for sale in the EU.

Chordate Medical has recently received a report from DelveInsight that provides an overview of the seven largest markets for the treatment of migraines – the US, Germany, France, Italy, Spain, the UK and Japan. BioStock contacted Chordate Medical’s CEO Anders Weilandt to learn more about the insights from the report.

Migraine is a widespread disease that affects a great number of people, how large is the total market?

– Commercial market analyses on migraine treatments usually report that the pharmaceutical industry has annual sales of approximately 8-9 billion USD in the seven largest markets, with growth of ten per cent. An alternative to drugs is botox treatment, which is admittedly a drug but is performed as a clinical procedure, where sales are reported at approximately 700 MUSD.

– A recent specialised report on neuromodulation for migraine, focusing on treatments performed privately at home, shows a forecast for a turnover in 2026 of 46 MUSD for the seven largest markets. The report only briefly touches on the potential for clinic treatments, which is the market that Chordate addresses. However, it is interesting that compared to the nine competitors presented in the report, it is Chordate’s technology that is ascribed the strongest growth trend at the end of the forecast period, with a market share of about 13 per cent.

– Our assessment is that the clinic market will grow to many times larger than the market for own private use, and it seems that the analysts behind the report partly agree because they predict growth on the clinic market from 2023 – roughly equivalent to the description of sales growth for Chordate. The clinic market is also the most lucrative segment.

Where do medical device treatments come into the picture?

– The treatment options with migraine drugs have in common that barely half of patients receive adequate relief, some of the patients do not respond at all. In addition, the effect of the drug often decreases over time – or you feel that side effects can no longer be tolerated. Therefore, the physician is often looking for the next possible treatment that can work for that particular patient. Patients are often actively looking for better alternatives.

– Today, drugs are by far the most common choice followed by botox treatment. We are seeing a growing demand for other non-pharmaceutical methods. That is where these new medical devices come into play. According to the analysis report above, Chordate’s technology is presented as by far the strongest candidate, with impressive growth potential. We are, of course, both happy and a little flattered by that description – but we partly have a different view of the importance of the clinic market over time.

How will the market develop for your segment?

– The greatest potential is in the clinic market, but it always takes a long time to develop. We do not offer our technology for private use, although it is technically prepared for it. Migraine is an extremely expensive disease for society and therefore the reimbursement levels are very high, for example, a chronic migraine patient in Sweden costs about SEK 120,000 per year in care and loss of production. Neither private nor public insurance schemes significantly replace private home care regardless of segment. Providing clinical care to migraine patients, on the other hand, is a good deal for caregivers that you do not want to miss out on. That is why we have targeted it from the outset. At the same time, this strategy means that it takes a little longer for our intensive sales work to bear fruit. Individuals with their own health problems react much faster, but pay much less, resulting in lower margins. The clinic market is traditionally quite slow, but over time significantly more profitable.

What other migraine medical devices are on the market and how does Chordate Medical differ from these competitors?

– Of the nine other companies with registered products reported in the new analysis report, all but two offer only emergency treatment during migraine. Our treatment is approved for preventive treatment and has a long-acting effect, therefore you may need 4-6 treatments per year. Many of the competing treatment options are used every time you get migraine, and in some cases several times a day.

– The other big difference is that the competitors are different types of electrical or magnetic stimulation on the head or upper arm. Our treatment is a mechanical vibration that stimulates the mucous membrane of the nose and thus the autonomic nervous system directly. We have also shown in a study that our treatment clearly regulates the variation in heartbeat – which means that the treatment is likely to have a pronounced central influence on the nervous system.

You have already received CE marking in the EU for K.O.S. as migraine treatment. Are there any regulatory aspects that can facilitate or complicate the registration process in other markets?

– There are clear differences between the regulatory processes for market approval between countries. There are different requirements regarding what you have to live up to, including the level of clinical verification. A CE mark is an excellent base to start from, but it will be a lot of work to get additional approvals in place – but nothing that we cannot handle.

You are now working on introducing the migraine treatment in selected markets. Can you say anything about the progress of this work?

– Since we received the CE mark in May this year, over a year earlier than expected, the work has recently started in earnest. We have communicated that our Italian distributor quickly placed two systems on the market, and that we have three installations in Sweden. The distributor in Israel has started the application for market authorisation based on the CE mark. We will come back with more results from these three countries, but given the continued pandemic barriers and holiday periods, we are only at the beginning of the product launch. We have also communicated that we are looking at additional markets, something that we will have to come back to.

What role do reimbursement play in Chordate’s market establishment?

– Public or private insurance coverage will of course facilitate sales. However, in several markets, there is a big group of patients that pay for themselves. In some markets, it is even the dominant reimbursement model. Initially, we look to markets where there is a significant amount of privately paid migraine care to build market share. In the long term, we are of course working on preparing and establishing insurance coverage for the treatment method. In some markets and regions, this work has already been successful for rhinitis treatment, which is the other indication for this technology.

Finally, what are your hopes for gaining market share with K.O.S?

– We are working long-term to establish evidence that we can sell this new technology in various markets. Since we are targeting the clinics, it will take some time to get there, but we are confident that we will succeed in doing so. The most important components are, on the one hand, the scientific results that led to the CE mark and, on the other, the patients’ own drive to constantly seek something that gives better results than the treatment they have. Both the profession and those affected by migraine are actively looking for new or better alternatives to current drug treatments. Here, Chordate’s treatment method is a very attractive option. According to the analysis report, Chordate’s technology is presented as by far the strongest candidate on the market, with impressive growth potential.