Home Interviews Lipum is at the final step before clinical phase 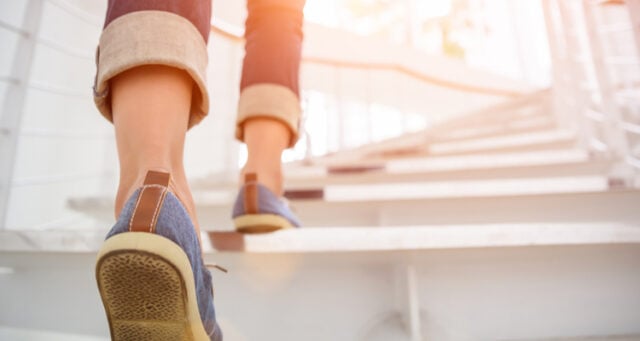 Late last week, Lipum announced that the toxicology and safety studies with the drug candidate SOL-116 are proceeding according to plan. The company has started the final study before a Clinical Trial Application can be filed and it looks like the first clinical trial with SOL-116 is on track to begin next year. BioStock contacted Anneli Hällgren, project manager for the toxicology and safety program, to learn more about the progress in the preclinical work.

Lipum has developed the anti-inflammatory drug candidate SOL-116, which is expected to offer a new mechanism of action for the treatment of rheumatoid arthritis (RA) and juvenile idiopathic arthritis (JIA) as well as other chronic inflammatory diseases. SOL-116 is a humanized antibody that blocks BSSL, a previously overlooked target molecule in the immune system.

The company is in a late preclinical phase with the drug candidate, and the first human clinical trials are approaching. The goal is to start a phase I clinical trial with SOL-116 in 2022.

Before conducting clinical trials with a drug candidate in humans, preclinical toxicology and safety studies must be carried out in animals. Lipum started such studies with SOL-116 in the fourth quarter of 2020 in collaboration with Charles River Laboratories, a leading global contract research organisation (CRO), and the company has announced that these studies are progressing according to plan. The company’s CEO Einar Pontén commented in a press release:

»We are very pleased with the progress both with regards to the results and the adherence to time plans for this mandatory work, which is required to reach our next milestone and start clinical studies.«

The toxicology and safety studies carried out so far with SOL-116 have included various dose levels in two different species during a treatment period of four weeks. According to the company, the results and conclusions from these studies have been satisfactory. The last study in the preclinical program has now started in preparation for the first phase I and phase II studies.

The final study will take 13 weeks and will be carried out in accordance with regulatory regulations and qualityrequirements in Good Laboratory Practice (GLP). After completing this study, Lipum will be able to submit a clinical trial application (CTA) to authorities for permission to conduct clinical trials with SOL-116.

Interview with the project manager for the studies

Dr Anneli Hällgren is project manager for SOL-116 and Lipum’s toxicology and safety program. Hällgren holds a PhD in physiology from Uppsala University and has more than 20 years of experience in research and development projects in various indications and product types. She started her career in preclinical research and development at AstraZeneca and has held several leading positions in KaroBio, Biolipox and Melacure Therapeutics.

BioStock contacted Hällgren to find out more about the remaining steps before Lipum can enter clinical phase with SOL-116.

First of all, would you like to briefly tell us what toxicology and safety studies are and why they are required to be able to conduct clinical trials with a drug candidate in human?

– Toxicology and safety studies, together with knowledge of the mechanism of action and efficacy in animal disease models, form the basis of risk assessment for the very first administrations of a new drug candidate in humans. The first clinical trial is conducted using a careful dose escalation design.

– The purpose of toxicology and safety studies is to find an appropriate dose range in humans and to identify the possible toxic effects that may occur at higher doses. Based on this information, an appropriate starting dose and an upper exposure limit, which cannot be exceeded in humans, are defined. It is also important in the safety assessment prior to clinical trials to find out if a potential toxic effect is possible to monitor and if so by what methods, and that undesirable effects are reversible and not leading to permanent damage.

What results have your seen so far in the toxicology and safety studies with Lipum’s drug candidate SOL-116?

– SOL-116 is a so-called monoclonal antibody, and thus very specific in its binding to the target molecule. This specificity has been confirmed by several methods, including investigations in a  “library” of human tissues. The target molecule, in this case BSSL, is not linked to basal functions in the body, but is rather expressed in inflammation. As a result, serious side effects are not expected, and this has been confirmed in the animal studies carried out to date.

»The target molecule, in this case BSSL, is not linked to basal functions in the body, but is rather expressed in inflammation. As a result, serious side effects are not expected, and this has been confirmed in the animal studies carried out to date.«

– The drug candidate is given by subcutaneous injection, i.e. under the skin, and no irritation beyond that expected from the needle prick itself has been detected. The drug candidate stays in the systemic circulation of animals for many days, and the dosage intervals in humans are thus predicted to be long enough for convenient use in patients. No one wants to be stung more often than necessary.

Could you tell us more about the final study in the preclinical program and what it means that it is carried out according to Good Laboratory Practice?

– Like so much else when it comes to regulations, Good Laboratory Practice emerged in the aftermath of a scandal. A US laboratory tested chemicals in the late 1960s from a safety perspective and the data was used by authorities in risk assessment. The authorities were suspicious as several products appeared to have exactly the same data in their documentation and it turned out that the laboratory probably did not conduct very many new experiments, but rather recycled old results for new products.

– Since the early 1970s, all important safety studies have to be carried out in accordance with principles, denoted Good laboratory Practice (GLP), were adopted by the Organisation for Economic Co-operation and Development (OECD). In short it is all about traceability and control; all materials, methods and measurements/studies/calculations in a study are meticulously documented and all documentation is stored in a safe and persistent manner. Moreover, all critical procedures included in a study needs to be governed by standard operating procedures (SOPs) and the staff must have documented and adequate training for their tasks. Last but not least, each GLP study is reviewed by a QA, i.e. a person who independently ensures SOP compliance as well as quality-assurance of the data.

– The GLP-study we are conducting will evaluate the safety of SOL-116 during 13 weeks of treatment, as well as investigate if any adverse effect that may occur is reversible.

– We work in parallel with the development of a clinical study protocol, manufacturing and documentation of the study drug in an appropriate formulation and strength, validation of analytical methods, and the preclinical efficacy and safety program. All these components are necessary parts of a CTA, and we are well in line with the communicated plan, i.e. to initiate clinical trials in 2022.