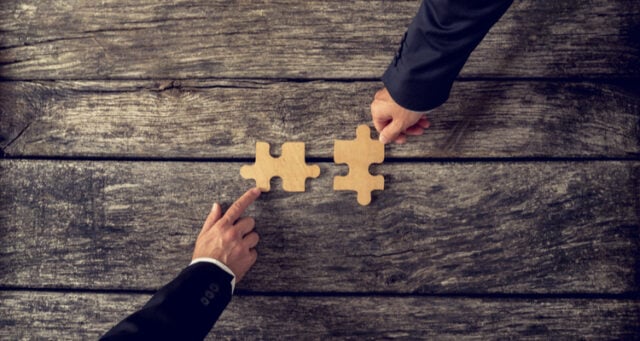 Soon after receiving the green light from the Danish Medicines Agency for initiating the phase I/II COAK study in actinic keratosis, Nordic biotech Coegin Pharma reveals new plans for growth and expansion through a merger with Swedish biotech Follicum. BioStock spoke with Coegin’s CEO Tore Duvold to learn the details of the merger and the future implications for the company.

Coegin Pharma’s ambitions as a biopharma company are to focus on developing novel treatments for cancer, including the pre-cancerous condition actinic keratosis (AK). In fact, recently, the company announced receiving approval for initiating the phase I/II Copenhagen Actinic Keratosis (COAK) study to evaluate the safety and efficacy of the company’s experimental drug AVX001, which has previously demonstrated proof-of-concept in psoriasis patients.

The company’s candidate is based on decades of research dedicated to countering the inflammatory processes seen in not only cancer, but also chronic kidney and liver diseases associated with diabetes. In fact, the company has ongoing projects within those indications as well, particularly in kidney fibrosis.

To that end, yesterday Coegin announced plans for growth and expansion as a company, through a merger with Lund-based biotech Follicum. Follicum has a drug development project against hair loss and a pre-clinical project relative to treating diabetes complications. One of the most severe complications is fibrosis of the liver and the kidneys, and thus fits well into Coegin’s therapeutic vision.

»This merger complements the vision of Coegin. We will continue our dedicated focus on AK and are excited about starting the COAK-study soon. Likewise, as previously announced, we are continuing our efforts to establish separate companies focusing on systemic cancer treatment (leukemias) and on kidney disease, respectively. With the merger with Follicum we will be able to create an even stronger separate company, focusing on diabetes complications of the liver and kidneys.« — Tore Duvold, CEO Coegin Pharma

Coegin, sees the merger as an opportunity for both companies, especially considering that Follicum has a long history of dedicated research coming from Lund University and has a close collaboration with LUDC (Lund University Diabetes Center) and several partners that are linked to Follicum’s projects within diabetes complications.

The merger must be approved at an extraordinary general meeting of Follicum, which will be held at the fifth of November. Shareholders representing approximately 28.6 per cent of the votes in Follicum have already undertaken to vote for the merger.

BioStock reached out to Coegin’s CEO Tore Duvold to learn more about the details and the overall benefits of the merger with Follicum.

Tore Duvold, what inspired this merger with Follicum?

– Follicum has a very solid scientific platform, interesting projects and key competencies which fit well with our portfolio and growth ambitions. We saw that our capabilities in both diabetes complications and dermatology, combined with our leadership competencies, can release the value of Follicum’s assets.

How, in any way, does this merger change Coegin’s overall vision as a company?

– This merger complements Coegin’s vision. We will continue our dedicated focus on AK and are excited about starting the COAK study soon. Likewise, as previously announced, we are continuing our efforts to establish separate companies focusing on systemic cancer treatment (leukaemia) and on kidney disease, respectively. With the merger with Follicum we will be able to create an even stronger separate company, focusing on diabetes complications of the liver and kidneys.

How does this affect Coegin Pharmas capital needs?

– The merger does not significantly affect Coegin Pharma’s future capital needs and we stand by our previously communicated financing strategy. The plan is still that Coegin Pharma’s projects will be largely financed and operated separately through subsidiaries. Each subsidiary’s management is planned to have special competence adapted to the needs of the subsidiaries and will largely be independent units within the group. As part of this, Coegin Pharma will also work for long-term external financing solutions in the subsidiaries. After the projects have been value-refined, these can be separated from Coegin Pharma and, for example, separately listed.

How is the merger financed and how does it affect the shareholders of Coegin Pharma?

In concrete terms, how will the merger add value to Coegin?

– By merging Coegin and Follicum we create strong synergies within kidney and liver diseases associated with diabetes. We will also evaluate the opportunities in the hair loss project.

Follicum has two main projects, one in hair growth and one in diabetes. The diabetes project seems to be of most interest to Coegin. Why is that?

– Like Coegin, Follicum is deeply rooted in top notch science. We have been impressed by the knowledge, capabilities, and the strong collaborations with leading research institutions, e.g., LUDC. We believe that by combining Coegin and Follicums projects and knowledge we can create an even stronger portfolio focusing on diabetes complications of the liver and kidneys.

With regard to the hair loss project, which has recently been put on hold, how will it be handled once the companies merge?

– Follicum announced that they have paused the hair loss project. In Coegin, we have strong capabilities in dermatology, and we will review and analyse the results before we make any conclusions.

Finally, what is the long-term plan relating to the merger?

– The merger will be approved by an Extraordinary General Meeting in Follicum during the beginning of November and is expected to be completed and registered in the first quarter of 2022. During this time, we will be able to engage in deeper discussions. In Q4 2021, Coegin plans to commu nicate an updated 24 month plan for its operations. 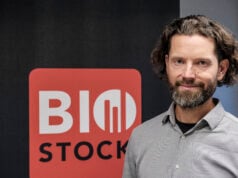 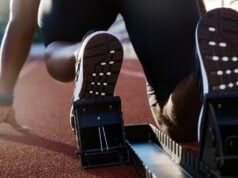