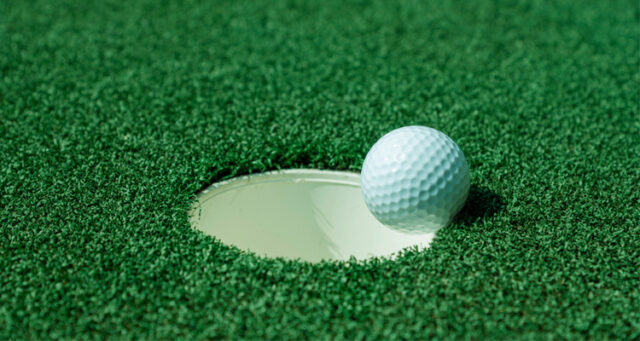 At the beginning of the week, Chordate Medical published the report for the period January-June 2021. The most prominent achievement during the period was the CE marking for K.O.S for the treatment of chronic migraines – over a year earlier than the original plan – which led to the first commercial order for the migraine treatment system. The Medtech company now has an exciting autumn ahead with the ambition to establishing K.O.S on selected markets. In addition, the company aims to include the last patients in the ongoing migraine study with K.O.S.

Chordate Medical has developed Kinetic Oscillation Stimulation (K.O.S), a nerve modulating treatment technique for chronic nasal congestion (rhinitis) and chronic migraines. The treatment method is technically the same for both indications, however, more treatment sessions are required for migraine and, in addition, the market for migraine treatment is significantly larger than for rhinitis.

In the second quarter, Chordate Medical received the long-awaited CE marking for K.O.S. for the treatment of migraines over a year earlier than planned. This means that migraine treatment meets the safety and clinical efficacy requirements of the Medical Devices Directive. As a result, K.O.S. can be marketed in the EU, both as a rhinitis treatment and as a migraine treatment.

The first K.O.S. migraine treatment installations were sold through Vedise Hospital in Italy, which has been distributing Chordate Medical’s rhinitis treatment since 2019. In Sweden, the first migraine patients have already been treated with K.O.S at clinics in Malmö and Solna.

In Israel, Chordate Medical is continuing with process of obtaining market approval for the migraine treatment based on the CE marking. LevPharm in Tel Aviv is responsible for the registration work and will market K.O.S in Israel once the approval is in place.

Steps in the right direction towards an exit

The CE marking was an important point to tick off in Chordate Medical’s strategy to achieve the goal of asuccessful exit. The strategy is to build the company’s value through an extensive patent portfolio, scientific evidence from clinical studies and evidence of sales success in selected markets. These three pillars areexpected to create favourable conditions for the sale of the company to a major player.

According to CEO Anders Weilandt’s statement in the interim report, the company is working to show a clear market position in selected markets rather than major breakthroughs:

»Following the very important CE marking in migraine announced in May this year, we are now continuing tofully implement the marketing strategy we planned for. For Chordate, it is important to persistently, in smallsteps, advance our positions in the markets we are active in together with our distributors and market partners– rather than striving for major breakthroughs«

Progress in rhinitis in Saudi Arabia

Restart in registration process in China

Together with Nanos Medical, Chordate Medical owns a joint venture named Changyong Medical Technology that manages the market approval process in China for the rhinitis treatment with K.O.S. The process has been delayed due to Covid-19 as well as new legislation in China for medical devices. Now the process has resumed and Nanos Medical estimates that the registration process could be completed in about 15 months. In addition, the two parties are in negotiations for a new joint venture agreement regarding the joint venture.

For the implementation of the registration process, Changyong Medical Technology has purchased two starter kits of the new generation of K.O.S worth 167 000 SEK. A starter kit consists of a treatment unit and a small number of treatment codes and disposables.

Focus on the migraine study during the autumn

Since 2018, Chordate Medical has conducted a clinical study in patients with chronic migraines to evaluate the effect of K.O.S on the number of headache days per month. In March 2021, the study had to be paused due to the pandemic, but now the study activities are up and running again in both Finland and Germany. The goal isto have started treatment in the last 30 patients by the third quarter of 2021.

Warrants may provide financial additions to the cash position

During the autumn, Chordate Medical has outstanding warrants of series TO 7 that can provide approximately 35.9 MSEK extra to be able to invest in the study activities and commercialisation of K.O.S in both rhinitis and migraines.

A warrant entitles the holder to subscribe for one new share for 0.75 SEK during the period 1 – 29 October2021. At the time of writing, the opportunity for full utilisation in TO 7 looks promising, as the Chordate share has recently been traded above 2 SEK.