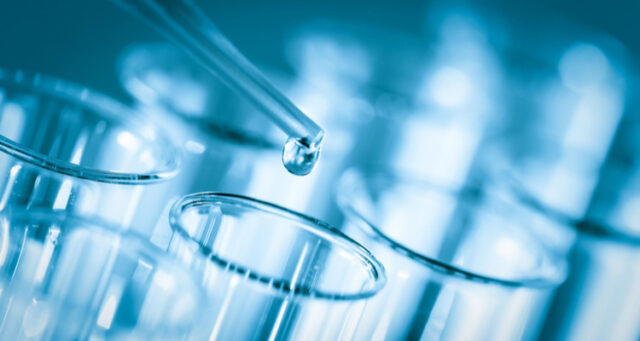 In connection with the rights issue this summer, the biotechnology company Sprint Bioscience promised further investments in expanding the development portfolio. Now, about a week after completing the issue, the company has announced NIMA, a cancer project that targets a tumour’s microenvironment to affect the cancer’s ability to grow while at the same time making it easier for the immune system to attack it directly.

Huddinge-based Sprint Bioscience is a research company that focuses on the development of preclinical drug projects in cancer treatment in particular. The company’s aim is to achieve outlicensing deals in the projects already when in the preclinical phase, where partners step in and fund the development until a potential approval.

In connection with this summer’s rights issue, the company’s largest licensing agreement to date with the US pharmaceutical company Deciphera Pharmaceuticals was announced. All in all, the outlicensed projects have a revenue potential of approximately 747 MUSD, plus royalty payments if a product reaches the market.

The proceeds from the issue and the upfront payment from the latest license agreement are both important building blocks as the company now looks to progressing its development, and they also enable investments to expand the business and the existing portfolio – investments that were recently announced.

New project in the development portfolio

On Wednesday morning, Sprint Bioscience announced its latest addition to their portfolio with the cancer project NIMA, which aims to develop a treatment for solid cancer tumours. The project focuses on inhibiting the production of metabolites, which have proven to be important components in the tumours’ ability to reprogram their microenvironment. The hypothesis is that it will inhibit the growth of cancer cells, while at the same time making it easier for the body’s immune system to pick up the fight against them.

High levels of the yet to be announced protein targeted by the NIMA project have previously been found, including patients with ovarian cancer, breast cancer and colorectal cancer, where high levels of the protein are associated with poorer survival.

BioStock contacted Sprint Biosciences CEO Erik Kinnman to learn more about the new project and its implications for the company.

Erik, it didn’t take long for you from announcing that you wanted to expand your portfolio to presenting your first project. What can you tell us about the NIMA project today?

– It is another very exciting project with a good chance of becoming a weapon in the arsenal of treatment options for cancer where there is still a great medical need. It is a new treatment concept and it complements our portfolio of innovative cancer drug programs that have the possibility to become a drug with precise efficacy and limited undesirable effects.

How does the NIMA project differ from previous development projects?

– This is a target protein that is completely separate from other projects where the main effect is expected to be that the treatment limits the conditions for the cancer to grow.

How do you look at the portfolio going forward? Can we expect further projects?

– We have the capacity to develop at least one new project per year and a few such pre-stage projects are boiling in our labs. The overall goal is to gradually expand the portfolio of internal development projects and thus create more opportunities for licensing agreements. In this way, we continuously expand the opportunities for revenue over time and from various pharmaceutical programs.