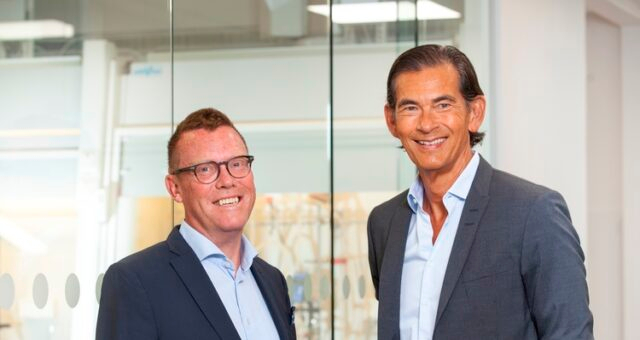 Pharmaceutical entrepreneur Björn Sjöstrand took the role as Chairman of the Board for Sprint Bioscience during spring. With a wide network of contacts and long experience with several successful drug launches behind him, he hopes to help the company take the next step in its development. BioStock talked to the company’s new Chairman of the Board to hear more about his background and his view of the company’s potential.

Sprint Bioscience is a preclinical research company focused on developing drug candidates in the early phase. The focus is on cancer and the goal is to outlicense the projects to major international pharmaceutical companies that pay for further development until potential approval. The setup is a little different from many other biotech companies where the focus tends to be on one or a few projects with in-house development.

According to Chairman Björn Sjöstrand, the company has an interesting business strategy and notes that so far, they have had a good ability to find interesting projects and that they have an unusually good track record when it comes to outlicensing.

Sjöstrand also has a good track record when it comes to pharmaceutical deals. For example, during his time as CEO of Swedish SBLvaccin, he was involved in launching the travel vaccine Dukoral and was also a driving force when the American vaccine giant Novavax acquired Swedish Isconova in 2013. He was also involved early on in listed animal vaccine developer Intervacc when the company had a valuation of around 40 million SEK – just over one hundredth of today’s valuation.

Björn Sjöstrand is currently the CEO of Scandinavian Biopharma, a company he co-founded at the end of 2009 that develops the world’s first vaccine against ETEC bacteria. He has also, as one of the few Europeans, acted as an advisor to the Bill & Melinda Gates Foundation. Together with the EU programme Horizon, the foundation has sponsored the construction of Scandinavian Biopharma with a total of approximately 500 million SEK.

One of life science entrepreneur Sjöstrand’s guiding principles for success in the industry is having to be the best at something. Over the years, he has also been very careful to seek profitability in all the businesses he has engaged in, resulting in several turn-around stories.

New Chairman of the Board

BioStock contacted Sjöstrand, who has been the chairman of Sprint Bioscience for almost four months. In addition to the chairmanship, he has also become one of the major shareholders in the company with a share of approximately 1.2 per cent.

How did you come to enter the pharmaceutical business?

– My story may not be as fascinating as some others, but it actually started when Bengt Dennis raised the interest rate to 500 per cent during a few days in the 1990s. At the time I had a summer job in corporate finance at Öhrlings Coopers & Lybrand, and those of us who were actually meant to get permanent employment could not be hired due to hiring freezes. Hux flux, I became head of administration at Danderyd Hospital instead. Once there, I noticed that it was a super stimulating segment to work in where I got to meet a lot of very stimulating people.

– I’m also a person driven by doing business. I am an entrepreneur with a very great interest in public health. I, like everyone else, want to be able to make a real difference. I want what we do to really make a difference and it becomes very tangible when you manage to develop a drug or vaccine.

What attracted you to Sprint Bioscience?

– Something I strongly believe in in this industry is that if you are to succeed, you have to be the best in the world at something, you have to belong to the world elite. If you look at Sprint Bioscience, they have shown that they are really good at the preclinical development phase, where they have a fantastic ability to find drug candidates with the potential to treat various forms of cancer.

– Compared to many other companies in the industry, where there is a lot of talk about selling the project to partners, Sprint Bioscience has an indisputable track record. They develop projects that are attractive within the pharmaceutical industry and there have been several deals, something that few Swedish companies can boast of.

What will you primarily be able to bring to the company?

– One advantage of working globally, as I have done for much of my career, is that you build a global network of contacts and that is one thing I can contribute. Then I have worked a lot with turn around cases where I have had a lot of focus on commercialisation, experience also can be useful. It is a bit like Ingemar Stenmark said ‘the more you train, the more luck you have.’

The company recently announced its biggest deal to date, the outlicensing of Vps34. How do you view the company’s status today and its future potential?

– When I look at companies, timing is important. Is a breakthrough approaching for the company? If you look specifically at Sprint, it has been difficult for a few years, but gradually the projects are moving towards the clinical phase with their respective partner. If you look at Sprint Bioscience’s licensing agreements, they are more balanced than is usually the case, which is nice to see.

– If one or more projects succeed in reaching the market, it is not the milestone payments that will be the major source of revenue, but the royalty payments, and here there are a number of shots on target. Not all projects will get all the way, therefore it is fantastic that there are several projects licensed out.