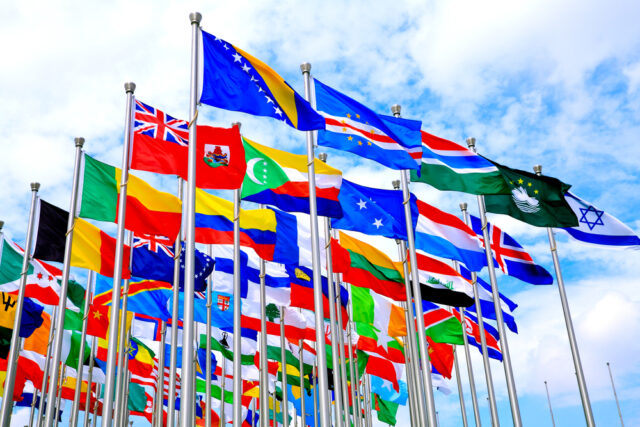 The gene therapy company CombiGene announced yesterday that it has submitted a PCT application to protect the vectors developed within the lipodystrophy project CGT2. This application opens up for future patent protection in approximately 150 countries. CombiGene’s CEO Jan Nilsson informs BioStock about the progress of the project and the long-term importance of potentially securing almost global patent protection.

CombiGene’s main project is the drug candidate CG01, which is being developed for the treatment of drug-resistant patients with focal epilepsy, the most common form of the disease in adult epileptics. The progress of the project has taken off in recent years, especially in 2021. CombiGene is now approaching the start of clinical studies with the candidate, a milestone the company hopes to reach next year.

The patent work within CGT2 began in 2020

The Lipodystrophy project CGT2, the company’s second project, has also advanced. A year ago, on 25 August 2020, CombiGene filed a priority patent application to the UK Patent Office to protect the vectors developed within the CGT2 project, specifically protecting key functions of CGT2 during further development and commercialisation.

The CGT2 project, in-licensed from Lipigon Pharmaceuticals in 2019, aims to develop a gene therapy treatment for partial lipodystrophy. CGT2 is currently in early preclinical development with focus on the design and testing of gene therapy vectors. Lipodystrophy is a rare disease that is characterised by body fat atrophy, that is, degraded body fat. In the absence of normal body fat, this leads to various organs starting to accumulate fat, which, in turn, can lead to serious metabolic complications, including extreme insulin resistance, hypertriglyceridemia (elevated blood triglyceride levels) and hepatic steatosis (fatty liver).

August 25, CombiGene announced it has also submitted an application for international patent protection for the vectors being developed within the CGT2 project. This so-called Patent Cooperation Treaty (PCT) application, to protect the vectors developed under the lipodystrophy project CGT2, is an international agreement that allows companies to apply for patent protection internationally for their innovations in about 150 countries. Within the framework of the PCT, a preliminary assessment of patentability is made before the application proceeds to the national phase where national patent applications are submitted.

On August 20, CombiGene published the January-June 2021 interim report. What stands out among the events during the period is first and foremost the successful rights issue that provided the company with approximately 75 MSEK before issue costs.

Another important milestone was that the company, in collaboration with Neurochase, began the work of optimising the administration of CG01 in a preclinical study. The results from the study are expected to be ready during the late summer of 2021 and a positive outcome will, according to the company, mean that long-term studies in toxicology and biodistribution in large animals can begin as planned.

After the period, it is mainly noticeable that the GMP production of CG01 for the first study in humans has begun and that the company has received patents for CG01 in the U.S. and Russia.

BioStock contacted Jan Nilsson, CEO of CombiGene, to find out more about how the CGT2 project is progressing and to get an overview of how the final steps before clinical studies with CG01 are advancing.

Jan, firstly, you are now taking steps to thoroughly patent protect the innovation within the CGT2 project, should one interpret it as a warrant for that the interest in gene therapy is increasing in the pharmaceutical industry?

– The interest in gene therapy in the pharmaceutical industry is very high and the number of studies, both preclinical and clinical, is continuously increasing. The explanation for this is obvious: gene therapy offers fantastic opportunities to effectively treat and even cure many diseases that today lack effective treatments. Our CGT2 project is a part of this development and of course, like all other companies, we want to protect our innovations.

Could you briefly tell us how the process works when a PCT application, which is handled by the UN agency WIPO, potentially can lead to patent protection in over 150 countries?

– The PCT (Patent Cooperation Treaty) is an international agreement that enables companies to apply for patent protection internationally for their innovations in about 150 countries. Within the framework of the PCT, a preliminary assessment of patentability is made before the application proceeds to the national phase where national patent applications are filed. In concrete terms, this means that one has a fairly good idea of the chances of obtaining patent protection for an innovation before you submit the national patent applications.

When you in-licensed CGT2 from Lipigon Pharmaceuticals in October 2019, you expanded your pipeline to metabolic diseases. How has the project developed since then?

– Since we licensed the project from Lipigon in 2019, we have accelerated the pace of the project. We started by designing gene therapy vectors and testing them in vitro on different liver cells and have continued with the important in vivo studies.

– In February 2021, CGT2 was awarded EUR 882 500 in project funding by EU’s funding and support programme Eurostars. Thanks to this support, CombiGene has been able to start a collaboration with University Medical Center Hamburg-Eppendorf, which has a research group of experts in lipid research that now participate in the CGT2 project. During the second quarter of this year, the researchers at Hamburg-Eppendorf started a small dose-response study that will form the basis for a larger study starting in autumn 2021. The evaluation of possible drug candidates is ongoing.

You are steadily approaching clinical start in CG01, and the positive preclinical advances have been constant over the past year. Have you received any feedback from potential partners about this progress, or are they awaiting clinical data?

– Just as you say, our epilepsy project CG01 continues to develop very positively. In recent months, we have achieved four value-creating milestones: released plasmids for GMP production, completed GMP production, commenced optimization of the administration of CG01 in large animal studies and approved patents in the U.S. and Russia.

– We have for a long time clearly expressed that we see a collaboration with the right strategic big pharma partner as a potentially beneficial way to maximize the potential in CG01. The final clinical studies and the future commercialisation of CG01 will require precisely the type of financial, knowledge and organisational resources that the large pharmaceutical companies possess.

– As I have pointed out on several previous occasions, we have an ongoing dialogue with several potential partners. Of course, we keep them informed of the progress in the CG01 project.