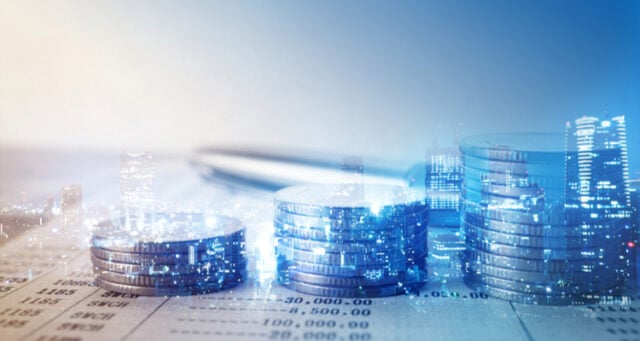 WntResearch started the year strong with a study approval in Hungary and an increased pace in patient recruitment. Recently the company could announce more positive news when its rights issue was subscribed to 128, 4 per cent, which seems to reflect an increased interest in the Malmö-based company. BioStock had the opportunity to talk with WntResearch’s CEO Peter Morsing, who shared his views on the importance of the oversubscribed rights issue and what the current status of the company’s phase II study is. He also gave us a glimpse of what is next for WntResearch.

The company’s primary drug candidate Foxy-5 is a synthetic copy of the protein WNT5A that is intended to inhibit the spread of metastases. The choice of WNT5A is logical as it is scientifically proven that it is linked to the risk of metastases and by adding Foxy-5, the goal is to reduce the ability of cancer cells to break away from the primary tumour and form metastases.

In April 2019, WntResearch initiated the phase II study Neofox in Spain with Foxy-5. The aim is to investigate the candidate’s ability to reduce the risk of metastases and relapse in patients with colon cancer.

In order to increase the pace of the study, the company also applied for approval from the Hungarian authorities to add Hungarian clinics as partners for the study. Approval was received in early 2020, and now 17 clinics in Spain and 12 in Hungary are participating in the study.

At the end of March, the company announced that, in line with national recommendations from the health authorities, it had chosen to pause patient recruitment for the phase II study due to the prevailing Covid-19 pandemic. However, this does not mean that all work in the study has ceased, which you can read more about here.

During spring, WntResearch carried out a rights issue with the purpose of raising working capital and financing the phase II clinical trial with Foxy-5. The company recently announced the outcome of the issue and it was very successful. The issue was oversubscribed to 128,4 per cent and thus the company receives approximately 38.1 MSEK before issue costs. In addition, upon full exercise of all warrants, the company may receive additional contributions of up to approximately 38.1 MSEK after the exercise period running between 8 – 19 February 2021.

BioStock has talked to Peter Morsing, CEO at WntResearch, about the successful rights issue and the company’s current status.

Peter, you recently carried out a rights issue. Can you tell us a little more about why you did this and what is your view on the outcome?

–The effect that we have seen in previous preclinical studies needs to be shown in humans. When we carried out the previous right issue, we chose not to fully finance the company’s clinical study in order to optimise the value of Foxy-5 and be able to carry out a new issue from a better starting position.

– However, analyses regarding patient recruitment, risk assessment and data collection from the extensive pre-studies that we did before the start of this clinical study were not even close to our most pessimistic scenarios, and a new rights issue was simply necessary to ensure the project’s and the company’s survival, even against the backdrop of the enormous strain put on society by the ongoing Covid-19 pandemic. Of course, we wish that we had achieved the goals we originally set for our clinical trial, but the reality was different.

– Considering this background, it was with excitement that we awaited the outcome of the rights issue, and it is with great humility and gratitude that we see the undiminished confidence of the majority of our former shareholders, but also the interest that our project has attracted in a large number of new shareholders. It was also very gratifying to see that the majority of the guarantors who secured the rights issue through their commitments chose to subscribe for new shares instead of asking for their compensation in cash, a rather unusual phenomenon in the context. The financial contribution that we have now received together with the study gives us a great opportunity to realise the company’s expectations.

What do you think are the main reasons why investors are attracted to WntResearch, despite the paused phase II study?

– It is not my job to speculate on this, but I suspect that a combination of a very attractive valuation for the rights issue together with our unique position of finding ourselves in the middle of an ongoing phase II study, even if it has been temporarily paused, with the possibility of a positive outcome within a very reasonable time horizon.

– Our assessment is that our project is unique. A positive outcome in the field of cancer therapy where we can pave the way for a completely new treatment paradigm has great value for patients, society at large and our shareholders.

How will the money be used and how long is it intend to last?

– The absolute majority will be used to drive the phase II study forward until we have a sign of effect. It is our hope that this will be shown around the turn of this year, but this is entirely dependent on when the study can be restarted.

– We have been very careful to reduce all costs to a minimum while the study is on pause and also cut down on activities that are not directly linked to the study’s execution. With the capital that we have now secured, we expect that the cash will be sufficient to achieve this signal.

» Provided that the study starts again during late summer, we expect to be able to report the results of an initial analysis around the turn of the year.« – Peter Morsing, CEO, WntResearch

You have an ongoing phase II study; can you tell us a little about what the current status here is?

– The study is currently paused whilst we wait for society to reopen after the pandemic has subsided. The patients that we have recruited so far largely remain in the study, but unfortunately some patients withdrew their consent to be included in the study because fear of going to the hospital and becoming infected with Covid-19.

– We have chosen to wait with the important analysis of ctDNA until we receive additional patients, as the material at the moment is not large enough to get meaningful results. We are now reviewing the patient material and evaluating how the various clinics have delivered in relation to the number of patients, quality and previous commitments. There may be some further adjustments to ensure the highest quality from the clinics included in the study.

When do expect to be able to announce results from the phase II-study?

– Provided that the study starts again during late summer, we expect to be able to report the results of an initial analysis around the turn of the year.

– We will, of course, continuously inform the public, through press releases, when important information from the study becomes available.

More and more countries are now beginning to loosen the worst restrictions on freedom of movement implemented to curb the Covid-19 outbreak. When do you imagine that the operative ability will return to a more normal state in the hospitals where your study is being performed, allowing patient recruitment to take off again?

– Right now, we are seeing positive signals from both Spain and Hungary, so we are cautiously optimistic that this could happen in the near future. At the moment, the most critical aspect is whether or not there will be a second wave of Covid-19 infections now that these communities are opening up again.

– Some regions in Spain have been quite spared from the disease. Other regions have been hit hard, this is the case in Barcelona, for example, where several of our clinics are located. In the end, when we can start up again will depend on a combination of the relaxation of the restrictions from the Spanish, Hungarian and generally the European authorities and how the individual clinics are positioning themselves with regards to resuming the study.

– It will most likely take some time until the hospitals return to a ”normal” condition, but this does not mean that we cannot resume work with the study.

How is work on your other project, Box-5, also being developed against cancer, progressing?

– After we stopped the studies on psoriasis, we have reduced our activities for Box-5. We are conducting a number of smaller studies to further illustrate the potential of Box-5. However, the main track is Foxy-5 and will remain so for a while to come.

Finally, what milestones can we expect from WntResearch during the rest of this year?

– In the near future is that we imagine that we can restart the study in Spain and initiate the study in Hungary when the first patients there are recruited. If all goes as we think it will, we will reach a milestone with half of the patients recruited and we can then perform a first analysis, which will hopefully indicate an effect of Foxy-5 in humans too.