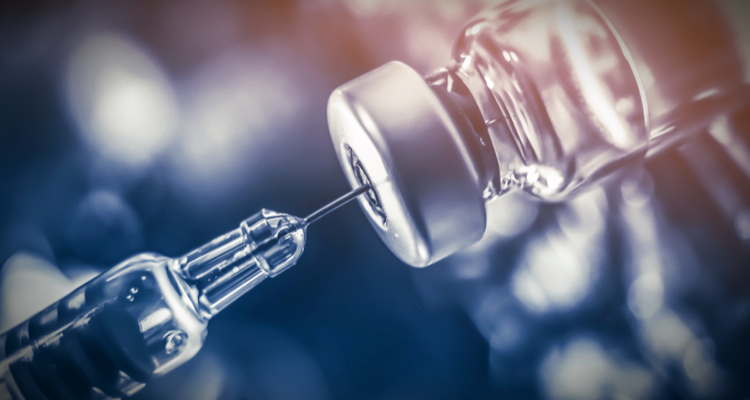 Cancer’s heavy burden on society has created a strong demand for new innovative therapeutic solutions. Over the last decade, immunotherapy has emerged as one of the most promising fields within oncology, and several biotech and pharma companies are exploiting this promise by developing immunotherapy-based drugs. Norwegian Ultimovacs is one of them. Their immunotherapy technology may work as a vaccine for treating all forms of cancer. BioStock takes an in-depth look at the company.

Surgery, chemotherapy and radiation therapy are still the most common treatments for cancer. However, over the last decade or so, immunotherapy has risen in popularity among researchers and clinicians as a potential add-on treatment, or alternative treatment, effective in improving survival times for some cancer patients and has in some cases led to complete remission of metastatic cancers.

Immunotherapy involves the use of biological molecules meant to teach, trigger or prime, the immune system to get rid of hostile ’invaders’ in the body, or substances that are not recognized as being safe for the body. For non-cancer related diseases, immunotherapy is nothing new. In fact, the most common example of immunotherapy is a vaccine, which, in basic terms, teaches the immune system to identify a non-native pathogen like a virus or a bacterium and eliminate it before it makes us ill when it infects us.

Immunotherapy in the field of cancer is called immuno-oncology (IO), and it is now an established treatment option in many types of cancer. One of the reasons cancer is deadly is because it can activate molecular checkpoints, proteins that can turn off an immune response generated by T-cells. Interestingly, checkpoint inhibitors (CPIs), antibodies able to block these checkpoints, have been developed and have become one of the most common and most effective forms of IO.

Unfortunately, CPIs can generate significant side effects and are not effective in all cancer patients. One reason for this might be that not all patients have developed immunity towards their tumour, which is essential for the CPIs to work effectively. Additionally, these antibody-based drugs are expensive to manufacture. Therefore, other IO alternatives are being developed, including vaccine-like solutions that in combination with CPIs can direct the immune system to develop the ability to recognise the tumour, thereby attacking and destroying cancer cells of any type, thus significantly improving the immune system’s response to cancer.

The immuno-oncology company Ultimovacs is working with this concept and developing a vaccine given by intradermal injection (underneath the skin) able to generate an inflammatory response, which would ultimately lead to the destruction of a tumour. The company’s strategy is to combine its vaccine with checkpoint inhibitors and other classes of IO in order to mount a strong immune response against the tumour while simultaneously eliminating the tumour’s ability to repress this response.

Ultimovacs is a Norwegian biotech company established in 2011 and listed on the Oslo Stock Exchange. Its lead candidate is UV1, a vaccine-based technology that was originally developed by researchers at the Norwegian Radium Hospital (now part of Oslo University Hospital).

UV1 targets a peptide that is able to induce a specific T-cell response against a well-known tumour-associated enzyme called telomerase. Telomerase is considered an ideal target because the enzyme is expressed in almost all cancer types (85 – 90 per cent of all cancers express telomerase). Telomerase expressed throughout all stages of cancer and in all forms of cancer within any part of the body, but it is normally inactive in healthy cells.

Therefore, besides being easy to administer this peptide-based vaccine to patients through intradermal injection, Ultimovacs’s therapeutic approach has other benefits; it is relatively easy to manufacture, and, thanks to its biological construct, it could potentially treat a wide spectrum of cancers. Furthermore, the vaccine is an off-the-shelf solution, meaning that it could work effectively with any cancer patient, and not be tailor-made for each individual patient.

So, overall, UV1 could be considered a universal vaccine, not only because it is able to target any cancer type, but also because it can be easily administered to any cancer patient.

The company has a broad clinical development program with clinical trials in hospitals across Europe and the USA. Through this program, Ultimovacs is testing UV1 across a broad spectrum of cancer indications, including prostate cancer, non-small cell lung cancer (NSCLC), metastatic malignant melanoma and mesothelioma, and in combination with other therapeutic classes.

Four of the studies are in phase I, three of which have already completed treatment rounds and are undergoing survival updates. In the fourth phase I study, where patient enrolment was recently completed, UV1 is being tested in combination with pembrolizumab (Keytruda) in 30 metastatic malignant melanoma patients with metastatic cancer.

Meanwhile, three projects are in phase II. Two of the projects, INITIUM and NIPU, are proof-of-concept studies testing the triple combination of UV1 with CPIs ipilimumab (Yervoy) and nivolumab (Opdivo) in metastatic malignant melanoma and in mesothelioma, respectively. The NIPU study, which saw its first patient dosed on 15 June 2020, is sponsored by the Oslo University Hospital. The hospital has entered into a collaboration with Ultimovacs and pharma giant Bristol-Myers Squibb (BMS), which has long been a world leading player within IO-development, to get support for the preparations and execution of the trial.

The third phase II project was announced in May this year, and its indication is yet to be disclosed. This trial is being run in collaboration with a leading big pharma company, also yet to be disclosed, and an oncology clinic in Europe. The first patient for this study is expected to be enrolled by late 2020/early 2021.

Ultimovacs is also pursuing the development of a new first-in-class cancer vaccine solution with the TET (Tetanus-Epitope Targeting) platform. The platform is based on technology researched and in part developed by Uppsala-based immunotherapy company Immuneed, initially in cooperation with Leiden University Medical Center (LUMC) and Uppsala University. The immunotherapy area at Immuneed was acquired by Ultimovacs in 2018 in a deal worth 50 MNOK (approximately 54 MSEK), and Ultimovacs AB was established in Uppsala as a Swedish subsidiary to continue working with the TET-platform.

TET is delivery system based on an adjuvant to which vaccine peptides can be added in order to boost an immune response. The platform makes it possible to incorporate the adjuvant and the vaccine into one molecule. This technology can potentially be used for a broader range of applications since the concept can work for all peptide-based vaccines and not limited to cancer vaccines. Ultimovacs is currently preparing for a phase I trial to test the TET technology in prostate cancer patients, and the trial is expected to start before the end of the year.

An exciting journey ahead

Immunotherapy remains an attractive area in the oncology space as survival is extended in patients with metastatic cancer and some patients are cured. And, while checkpoint inhibitors have surely broken through as viable treatment options, not all tumours elicit an immune response in an individual, therefore, these drugs are not always effective. Universal cancer vaccines have thus become an attractive form of IO, as they have shown the ability to work well in combination with, e.g. CPIs and generate a strong immune response in patients, thus potentially giving them a chance at a longer life.

A company like Ultimovacs definitely has the potential to be a leader in the cancer vaccine space. The prospects are boosted by several key factors; first and foremost, it has a strong and experienced team led by recently recruited Carlos De Sousa – a veteran in the immuno-oncology space with previous positions in several Big Pharma companies as well as smaller innovative players in the field such as Swedish Immunicum. In addition, as reported in their latest financial statement, Ultimovacs is well-financed, ending Q2 with 482 MNOK of cash on hand. Furthermore, the company is backed by a solid group of shareholders that includes Fidelity International, the Norwegian Pension Fund, and Norwegian family offices like Gjelsten Holding AS.

Given these points, and the fact that the company has a broad clinical program and high-profile collaborations, Norwegian Ultimovacs seems well positioned to develop a potential universal cancer vaccine able to deliver on the promise of giving cancer sufferers more time to live.

Elicera well-positioned to thrive in 2022