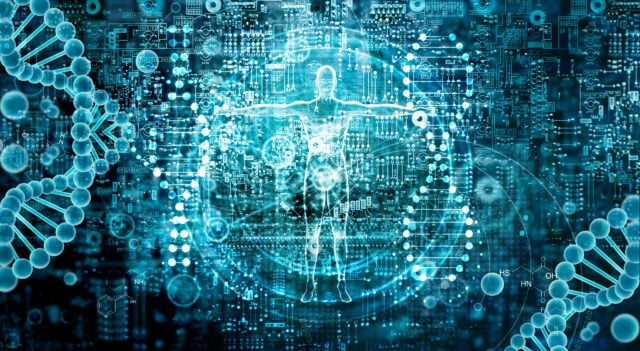 Scandion Oncology’s candidate SCO-101 is being developed to fight resistance to cancer drugs and is ready to enter phase II clinical trials. Metastatic colorectal cancer patients will be the first to be tested with the compound in combination with standard chemotherapy in an upcoming clinical trial.

One of the top reasons for failures in cancer treatment is cancer’s acquired biological capability to create a favourable malignant environment for continued growth of tumours and metastases during such treatment. Therefore, similar to how bacteria can become resistant to antibiotics, cancer cells can become resistant to typical cancer therapeutics, putting an even heavier burden on thousands of patients’ lives as well as on healthcare systems across the globe.

goal is to be able to manipulate cancer cells in order to change drug resistance to drug sensitivity. This is expected to have an impact on millions of cancer patients world-wide. To do so, they have developed a compound called SCO-101 – a tablet to be taken in combination with standard chemotherapy treatments that blocks cancer’s acquired resistance to such drugs. The action of SCO-101 thus has the potential to significantly improve the effect of chemotherapy on patients.

SCO-101 has already successfully undergone four phase I clinical trials to establish a safety and tolerability profile, and phase II studies aimed at providing dose-selection and Proof-of-Concept are expected to launch before the end of 2019.

The first of two phase II studies, which is scheduled to take place across several hospitals in Denmark, will be divided into two parts. In part 1, the aim will be to define the dose of SCO-101 to be combined with a standard dose of 5-flurouracil, leucovorin and irinotecan (FOLFIRI) – the standard chemotherapy treatment given to metastatic colorectal cancer (mCRC) patients. Between 15-18 mCRC patients who have experienced chemotherapy resistance will be enrolled for part 1. Part 2 is designed to determine Proof-of-Concept using the dose decided upon in part 1.

»We have spent a lot of efforts and time making sure that the trial design is optimal and by introducing predictive biomarkers, the likelihood of a successful outcome is increased. SCO-101 treatment will thus follow a personalized medicine concept. Based on the outcome of the clinical study Scandion Oncology has the ability to deliver a new drug to the market, one that can help overcome chemotherapy resistance« — Nils Brünner, M.D., CEO at Scandion Oncology

On October 1st, the company submitted a Clinical Trial Application (CTA) to the Danish Medicines Agency (DMA) and to the Danish Regional Ethics Committee.

This phase II study is expected to be finalised by Q4 2020. Meanwhile, another phase II study is currently being planned, where SCO-101 is to be combined with taxane treatment. The company hopes this study will be able to start in the second quarter of 2020.

Scandion Oncology is well-placed to move forward smoothly with its SCO-101 projects. In June, the company announced that the production of their SCO-101 powder had been successfully completed at Cambrex, Sweden and then shipped to Solural, Denmark for final tablet production. The production facility at Solural is ready to deliver the tablets to the hospital departments where clinical trials will take place.

Furthermore, SCO-101 is well-protected, as a patent was submitted on May 17, 2016, and The European Patent Office (EPO) approved the application and the patent was issued on November 5th, 2019, making it valid until May 2037. Nils Brünner expressed his delight in having such strong protection:

»This is a very important milestone that we have reached by having our ‘mother’ patent issued. Without patent protection it would be very difficult to commercialize SCO-101. By having passed this milestone Scandion Oncology is one step closer to commercialising SCO-101«

Without a doubt, Scandion Oncology’s CEO has lots to feel optimistic about as the company moves forward with SCO-101.

Nils Brünner recently sat down with BioStock for an interview to give us more details about Scandion Oncology and their main candidate, SCO-101. Read the interview here.