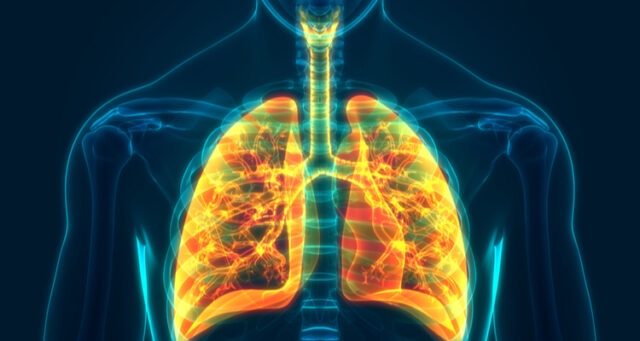 Much has gone the way of Respiratorius’ main candidate, the cancer drug VAL001. Following the EMA’s recommendation to go directly to phase III, they are now looking for a partner to reach an agreement and take the candidate further. Thus, more operational focus is now being placed on the next candidate in the development queue, RESP9000 for the treatment of COPD and severe asthma.

Chronic obstructive pulmonary disease, or COPD, is one of the most common and fastest growing diseases in the world today. COPD is an inflammation of the lungs that leads to narrowing of the airways. The disease is largely caused by tobacco smoking but can also occur in people who have lived for a long time in environments where the air is polluted.

People with COPD often become short of breath when they exert themselves and generally have less stamina. Other common symptoms are coughing and wheezing. Finally, the disease impairs the body’s ability to oxygenate, which often leads to fatal outcome.

In 2016, an estimated 251 million people around the world carried the disease, which also caused 3 million deaths. This makes COPD the fourth leading cause of death in the world, and if the trend continues, the disease is expected to soon reach number three on that list.

In Sweden, it is estimated that between 400,000 and 700,000 people have COPD, and it is most common among people who have smoked for a long period of time. It is uncommon to see the disease in people under the age of 40, but among long-term smokers, about half have developed COPD at the age of 75.

The most important treatment is to quit smoking

There is currently no cure for COPD. The damage to the lungs cannot be reversed and healed. Treatment of COPD patients instead aims

to prevent a further deterioration and alleviate the problems that arise, which makes smoking cessation the most important measure.

A first step in relieving the discomfort often consists of various inhalable bronchodilators, sometimes in combination. The disease can fluctuate, and during worse periods cortisone is usually given, either via inhaler or as a tablet. In cases where COPD affects oxygenation, oxygen treatment is given.

Asthma is becoming more common in the western world

Asthma is the result of chronic inflammation in the mucous membranes of the trachea, which makes them extra sensitive and makes them narrow. Asthma can be caused by an allergy, which is the most common type of asthma in children. However, cold air, smoke, stress and physical exertion can also cause asthmatic problems.

In 2016, approximately 339 million people around the world had asthma, and the disease is becoming more common in the western world, both among children and adults. The cause for this is not completely clear, but allergies, air pollution and certain substances in working life are mentioned as possible culprits. In Sweden, between 8 and 10 out of 100 people suffer from some form of asthma.

As with the treatment of COPD, combinations of bronchodilators and cortisone are used.

Drugs for the treatment of various respiratory conditions account for almost 10 per cent of all drug sales in the world, which in 2009 corresponded to a market of more than 52 billion USD. Medicines for COPD and severe asthma makes up more than half of the respiratory market.

The combined market for the eight largest countries (USA, France, Germany, Italy, Spain, UK, Japan, and Australia) was estimated at just under USD 10 billion in 2015, and by 2025 it is expected to be around USD 14.1 billion, which corresponds to annual growth at 3.6 per cent.

Existing drugs are based on old technology

Despite this huge market, airway dilators, both existing and under development, are largely based on old, already known mechanisms. These are often single-dose combinations of long-acting beta-2-stimulators (LABA) and long-acting anticholinergic (LAMA) as well as triple combinations with inhaled steroid (ICS).

It is worth noting that there is no data that clearly shows that medications that reduce the number of COPD attacks and provide symptomatic relief improve the survival of COPD patients. In addition, there is a great need to find new anti-inflammatory drugs that replace the inhaled corticosteroids, which come with heavy side effects such as high blood pressure.

The only drugs on the market that have taken a new approach in development are Nucala from GlaxoSmithKline and Benralizumab from AstraZeneca, two biological drugs that target a specific group of COPD patients with so-called eosinophilic pneumonia – a disease condition created by an increased number of white blood cells named eosinophils.

Preclinical studies have shown that the company’s previous main project in these indications, RESP1000, was more effective than existing drugs in counteracting the underlying mechanisms that create respiratory problems. Equivalent anti-inflammatory and bronchodilator effects have since been shown in the new substance RESP9000, now in combination with an even more favourable safety profile.

RESP9000 has been shown to provide complete relaxation of small airways isolated from human lung tissue regardless of how these have been contracted. This is a fundamental difference from anticholinergic drugs that can only counteract cholinergically-induced airway contraction. Respiratorius’s research has shown that respiratory tissue from some patients has a reduced sensitivity to beta-2-stimulating substances, but that this type of tissue can still be relaxed by Respiratorius’s substances. Insensitivity to beta-2 is a known clinical phenomenon and there RESP9000 would fill an important need in the market as an adjunctive therapy where current airway dilator drugs do not provide a sufficient effect.

Aims at clinical trials with an improved patent situation 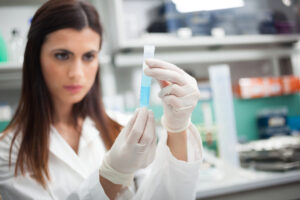 In 2018, Respiratorius submitted a patent application for RESP9000 which, upon approval, provides a market exclusivity in the applied countries until 2038, which gives the company a favourable competitive situation.

Motivated by the candidate’s good preclinical results, favourable safety profile and attractive patent situation, RESP9000 has emerged as Respiratorius’s leading project in COPD and severe asthma. The aim is now to take the project through clinical trials, which would be an important and value-driven milestone for the company.

Thus, work is being done to complete the preclinical program with toxicological studies as soon as possible in collaboration with leading, certified toxicological laboratories. A project team with experts has been built up and the tox studies are expected to begin and continue in 2021. In parallel with this, GMP production prior to phase I will take place and the work with process and formulation development has already begun. The project is expected to enter phase I during the first half of 2022.

Note that Respiratorius is also developing VAL001 for the treatment of diffuse large-cell B-cell lymphoma (DLBCL), a rare and aggressive form of lymph node cancer. The candidate is ready for phase III, for which the company is looking for a partner. Read more about the candidate and its contract potential here.