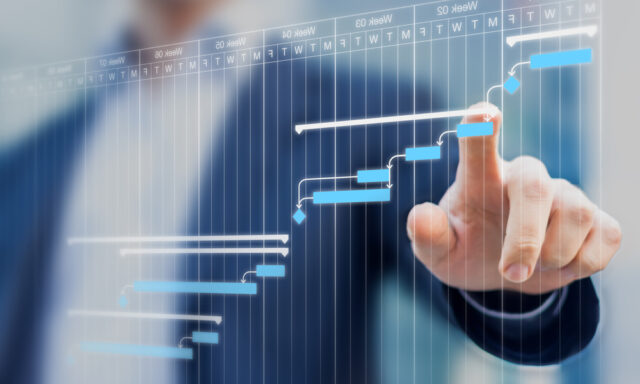 2 July, 2021
While working to find a partner for its drug candidate VAL001, Respiratorius has been looking for a project manager to advance the company’s other main candidate, RESP9000. Last week it was announced that the company has found a project manager. BioStock got the chance to talk to Carl-Magnus Andersson, who now takes the role of Director CMC (Chemistry, Manufacturing, and Control) at Respiratorius.

The Lund-based development company Respiratorius has two main candidates in its portfolio, where the cancer drug VAL001 is the most advanced project. Right now the focus for this project is finding a partner that can take the candidate to phase III trials and then to the market.

Simultaneously, the company is directing more resources towards the drug candidate RESP9000, that is being developed for the treatment of COPD and severe asthma. The candidate is supported by good preclinical results and a favourable safety profile. The goal is to take the project to clinical stages, an important and valuable milestone for both the project and the company.

Respiratorius recently met with the Swedish Medical Products Agency discussing, among other things, existing preclinical data and what additional data the project needs. The agency was positive about the project and the data presented. Furthermore, the agency gave the company an opportunity to confer with the regulatory authorities before creating a detailed development plan for launching a phase I study.

Last week, Respiratorius announced that it is now strengthening the organisation by recruiting Carl-Magnus Andersson as Director CMC (Chemistry, Manufacturing, and Control). Andersson is an associate professor of pharmaceutical chemistry and is the co-author of more than 100 scientific articles and patent applications. He has also worked at several pharmaceutical and biotechnology companies, including AstraDraco, Acadia Pharmaceuticals and KaroBio. He has held numerous management positions, including as head of chemistry and pharmacy and intellectual property strategies. Most recently, Andersson worked at the contract manufacturer Magle Chemoswed where he was business development manager.

»Respiratorius is very pleased with the recruitment of Carl-Magnus who with his long experience will be an important asset in the development of the company«, Johan Drott CEO, Respiratorius.

BioStock contacted Carl-Magnus Andersson to find out more about his background and his views on the company.

First of all, Carl-Magnus, can you tell us a little more about yourself and your background?

– I grew up just outside of Halmstad and already as a child I amused myself with chemistry boxes and exciting experiments. Once in Lund, I chose to study chemistry, and later got my PhD in organic chemistry. After some time at AstraDraco, I returned to become head teacher at the department.

– My involvement in drug development eventually led to a number of positions at various biotechnology companies, mainly with the responsibility for chemistry and pharmacy. I have also worked at a patent office. In addition to my role as a consultant, I am involved in the Pharmacy Society and the Faculty of Science of Mathematics.

How did you get in touch with Respiratorius?

– I have followed the company for a long time. I am also familiar with several of the company’s executives and was contacted when the recruitment started.

What attracted you to the mission?

– Respiratorius is now in what I think is the most exciting phase in drug development. A candidate substance has been nominated which is now to be taken to clinical studies. It is a complex process that requires balanced strategic decisions. Development of processes for synthesis and formulation, toxicological and pharmacological studies, design of clinical trials, and interaction with authorities are things that require careful planning.

How do you think your past experiences will benefit Respiratorius?

– I have been involved in journeys like this several times before. Although each substance presents unique challenges, one learns from both mistakes and successes. The latter includes the fact that I have, among other things, had the privilege to being involved in establishing a new drug, Nuplazid, on the US market.

What will you primarily focus on in your role as Director CMC??

– In addition to the role of expert in CMC, i.e. developing a study drug for clinical studies, I will be responsible for planning the safety studies that are required by the regulators.

– We have the ambition to gradually document our candidate substance before administration in our first healthy volunteers and then in patients. Considering this, each sub-study is an important milestone for the overall objective, which is a positive assessment by the authorities of our formal application for a clinical trial permit.