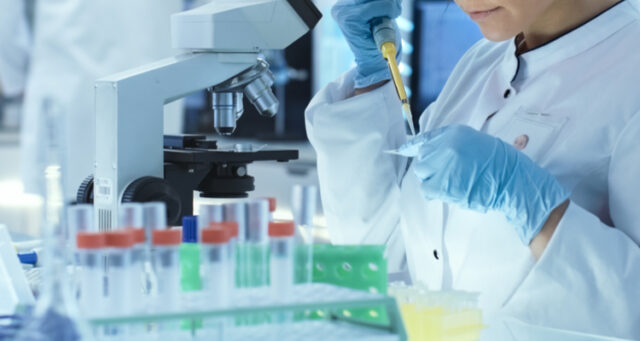 During 2021, Respiratorius aims to accelerate the development of its portfolio. As a step in this direction, Mia Sandberg Lundblad now joins the company. She has a PhD in clinical pharmacology as well as several years of experience of both preclinical and clinical drug development. BioStock contacted Lundblad to find out more about her background and how she sees her new role as Clinical Director.

Lund-based Respiratorius is facing another eventful year with its two main projects, the cancer drug candidate VAL001 and RESP9000 for the treatment of COPD and severe asthma. For 2021, two new employees have been recruited to drive the development projects forward.

During autumn Carl-Magnus Andersson joined as Director CMC (Chemistry, Manufacturing, and Control) and now the experienced clinical pharmacologist Mia Sandberg Lundblad takes the role of Clinical Director at the company.

Lundblad has extensive experience as a clinical pharmacologist. At Novo Nordisk she spent 12 years in several important roles working with the development of new drugs. Despite the company’s diabetes profile, her focus was not primarily diabetes. Instead Lundblad accrued a broad experience in several indications such as psoriasis, IBD, rheumatoid arthritis, and haemophilia – a profile that she hopes will benefit her new employer Respiratorius, as several of these indications are based on inflammations just like COPD and asthma are.

»The diabetes operations in Novo Nordisk were fairly regulated. The team working with inflammation were in a way pioneers who engaged in something new, where we had a lot of freedom in what we did, which was exciting and challenging. I see a new and stimulating challenge in Respiratorius, where I get to be close to the decisions during the entire development.« – Mia Sandberg Lundblad, Clinical Director Respiratorius.

Curiosity and the search for a new challenge have characterised both her studies and her career. Lundblad’s first encounter with the pharmaceutical industry came when she in her youth worked as a lab assistant Hässle, later AstraZeneca, in Gothenburg. The summer jobs led to pharmacy studies at Uppsala University and later to doctoral studies in clinical pharmacology at Karolinska Institutet, where in 2005 she received her PhD with the project ”Interindividual variation in drug metabolism with focus on polymorphic cytochrome P450 2C9”.

Lundblad, who now lives in Lomma, held her most recent position at Danish Ferring Pharmaceuticals. There she was a senior pharmacokinetic, responsible for taking preclinical drug candidates to early clinical studies in areas such as prostate cancer, hepatology, urology, and maternal health.

»I look forward to having Mia on the team where she will contribute with her great drive and curiosity as well as with her deep and broad knowledge. Of course, her experiences from larger organisations will be important for the projects as well as for the further development of Respiratorius.« – Johan Drott, CEO Respiratorius.

Mia, what attracted you to the position of Clinical Director at Respiratorius?

– The combination of something new and at the same time being able to contribute with my experience. One thing that definitely attracted me was the opportunity to be involved in and influence all parts of the development. By joining Respiratorius, I’m joining an organisation that is much smaller in terms of number of employees compared to me previous work places. From previous roles I do have experience of being involved and being able to have influence, but it is not quite the same in larger companies.

What do you bring from your previous experiences?

– I have many years of experience of taking preclinical candidates to the clinical stage – from many different indications and treatment models such as antibodies, proteins, and small molecules. Doing this I also had a lot of government contact, which I think is a great advantage in a company like Respiratorius.

What will you primarily focus on in your new role?

– First of all, I will familiarise myself with the projects and then, in collaboration with Carl-Magnus and external partners, optimise the development of our drug candidates.

What is your view on the company and its future?

– I think the indications that Respiratorius is working on are exciting. Asthma and COPD are old Astra indications that have played a significant role in drug development in the Lund area. Even though there are already many treatments for asthma and COPD, there is still much to be done for the individual patient with new treatment strategies and alternative targets. My hope is that we will be able to contribute with something positive to all those patients suffering from COPD and severe asthma. On top of that, we have VAL-001 which is also a very exciting project.