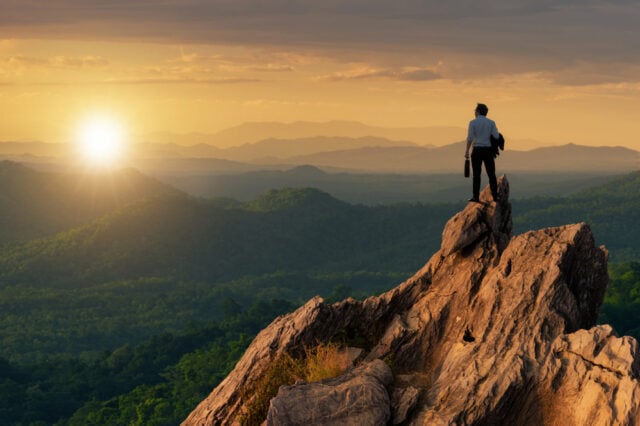 2020 was certainly a special year for drug developer Respiratorius that during the year initiated an exit process with its main candidate VAL001. At the same time, more resources are being devoted to the company’s bronchial relaxation drug RESP9000, which is currently in preclinical stage. BioStock has contacted the company’s CEO Johan Drott to get his view on 2020 and the coming year.

Respiratorius’ drug candidate VAL001 is being developed for the treatment of diffuse large-cell B-cell lymphoma, an aggressive form of lymphoma. The candidate has shown positive efficacy results in combination with the standard R-CHOP treatment, with a reduced mortality risk of 80 per cent. Mortality reductions of 20-30 per cent for drug candidates are usually considered as a clinically relevant improvement.

The fact that VAL001 is developed for the treatment of a rare disease has led to it obtaining so-called Orphan Drug Designation in both the US and Europe. All in all, this led the European Medicines Agency (EMA) to directly qualify the project for a market preparatory phase III study.

It has never been Respiratorius’ strategy to self-fund and implement the last clinical step in its own, and therefore the focus is now on working with Partner International Inc. to find a larger pharmaceutical company willing to take over VAL001. In an interview with BioStock, the company’s CEO Johan Drott stated that about 20 potential takers had flagged their interest in the project.

The company’s second main candidate RESP9000 is being developed for the treatment of COPD and severe asthma. Although the market for the treatment of respiratory conditions is very large, today’s treatments are largely based on old mechanisms and they often come with a number of side effects. Respiratorius wants to change this with its drug candidate and there are indications that RESP9000 is more effective than existing treatments when it comes to counteracting the underlying mechanisms causing the respiratory problems.

With newly recruited project manager Carl-Magnus Andersson at the helm, Respiratorius hopes to accelerate the preclinical development work with the candidate and toxicological studies are expected to start in early 2021. Simultaneously, GMP production will be carried out in order to take the project to phase I during the first half of 2022.

Further strengthens the team with a Clinical Director

Last week, the company was also able to announce the recruitment of Mia Sandberg Lundblad as Clinical Director. Lundblad is a doctor of clinical pharmacology and has extensive experience from companies such as Novo Nordisk and Ferring where she has been responsible for bringing preclinical drug candidates to early clinical development.

Heavily oversubscribed issue during the summer

In order to advance its projects, Respiratorius raised more than 25 MSEK in a heavily oversubscribed rights issue this summer. At the same time, warrants were issued that, upon full subscription, will add an additional approximately 17,9-23,9 MSEK after issue costs. The warrants are traded on Spotlight Market Place and between 21 June – 5 July 2021 they give the right to subscribe for new shares in the company at a minimum of 1,20 SEK and a maximum of 1,60 SEK per share.

Biostock contacted CEO Johan Drott to find out more about how the company sees the past year and what we can expect from Respiratorius during 2021.

First of all Johan, how would you sum up the past year?

– The successful fundraising has made it possible for us to keep up a high activity in the projects and enables us to focus on building an organisation in order to manage the two priority projects. A first step is the recruitment of Carl-Magnus Andersson, who is an important resource with his broad and extensive experience.

– In addition to the progress made in the ongoing development work, the process of patent approval is ongoing for both VAL001 and RESP9000.

For many, Covid-19 has caused significant bother during the year. How has the pandemic affected you?

– Like the rest of society, we have suffered minor delays due to sick leave. Since we work with consultants and contract laboratories on an international basis, different countries’ management of the pandemic has also had a certain impact. But by and large, the work is progressing according to our original plan.

Of course, one of the major questions that shareholders are asking for 2021 is whether you will find a partner for VAL001 during the year. Can you tell us anything about how this work is progressing?

– We continue to develop the contacts that we see as prioritised, which means answering any existing questions. Of course, a priority is to reach an agreement, but at the same time we continue to build value in the project by continuing to prepare for a phase III study, which is why we do not see it as crucial to rush into an agreement.

You have a few steps left that need to be taken before a phase III study can begin. Can you tell us a little bit about how this work and what the status is now?

– The single most important step is the new formulation of VAL001, which will place us in a favourable position regarding pricing for the drug. We also need to meet regulatory requirements prior to the launch of the phase III study and a marketing approval.

You have recruited Carl-Magnus Andersson as project manager and he will primarily run the RESP9000 project. What do you hope he can contribute with to Respiratorius?

– Carl-Magnus’ long experience in drug development is a welcome addition, especially when it comes to leading CMC and initiating studies for the documentation required for starting clinical development.

Finally, what milestones would you say are the most important for Respiratorius in 2021?

– 2021 is set to be a big year for Respiratorius, with important milestones for the projects. With a strong financial situation, we will have the opportunity to accelerate development and I have high hopes for patent approvals and milestones of a more technical nature. Of course, we also focus on the exit process with the goal of reaching a favourable agreement.

– I have great confidence that 2021 will be an exciting and good year for Respiratorius.