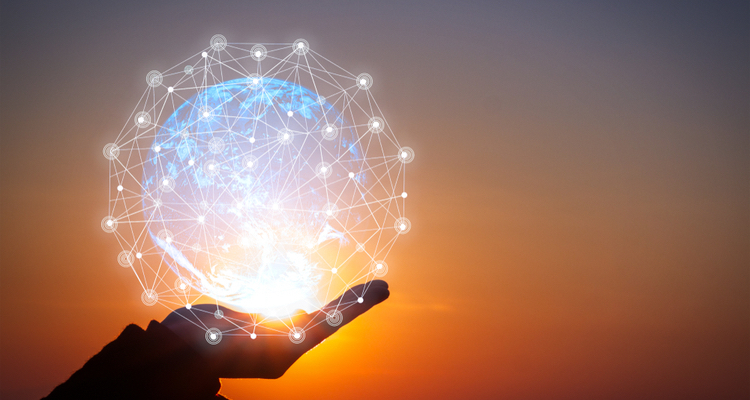 4 July, 2021
Last month, Swedish biotech Immunicum announced the recruitment of a new CEO, Sven Rohmann. The change in leadership comes at an opportune time for the company, when partnering is on the horizon, and Rohmann’s extensive business development experience will be of great value to the company. BioStock was able to get in touch with the new CEO to get a sense of his vision for Immunicum.

Since Alex Karlsson-Parra took over as interim CEO at the end of last year, Stockholm-based Immunicum has made significant advances with its off-the-shelf immuno-oncology therapy ilixadencel, including important progress with its phase II clinical trial in kidney cancer patients – MERECA.

At the beginning of August, the company released encouraging data from the study, which showed a continued separation of data points on the survival graph between patients only receiving standard treatment (sunitinib) and those being treated with the combination of sunitinib plus ilixadencel. A promising indication that the addition of ilixadencel to the standard treatment regimen can extend a patient’s life.

Maybe even more stark is the fact that five patients with the combination treatment showed a complete disappearance of their respective tumours, and all five of the studied patients were still alive at the follow-up time. This was not observed among the patients receiving the standard monotherapy, suggesting that ilixadencel helps avoid tumour re-growth once disease remission hasoccured. This is an uncommon characteristic among current cancer therapies. Read more.

Hunt for new CEO is over

Meanwhile the trial has continued, the company has been on the hunt for a new company leader, someone who not only understands the ins and outs of the immuno-oncology field, but also has the deal making experience to put ilixadencel on the path to market. That search is now over, as Immunicum announced at the end of August that they have appointed Sven Rohmann as new CEO for the company.

Dr Rohmann received his medical degree from the University of Mainz, Germany, his PhD in medicine from the Erasmus University in Rotterdam, the Netherlands, and an Executive MBA. He brings 30 years of industry experience from biotechnology and pharmaceutical companies as well as life science investment and company sale and acquisition (M&A) experience.

One of Dr Rohmann’s signature achievements has been successfully raising 400 MSEK to launch Apealea, a medicine for ovarian cancer, while he was CEO at another Swedish immuno-oncology company, Oasmia. The drug, which launched in Sweden, Denmark and Finland at the beginning of 2020, was then out-licensed to US-based Elevar Therapeutics with milestone payments of up to 678 MUSD.

Dr. Rohmann’s managerial experience extends even further. He was the founding CEO at Ganymed Pharmaceuticals, where he led the advancement of the company’s top candidate IMAB362 from discovery to clinical phase II, and subsequent acquisition by Astellas in a deal worth up to 1.4 BUSD. Prior to that, he was CEO of BioVision, when BioVision was acquired by Digilab Inc. On top of that, Dr. Rohmann has extensive big pharma experience from his senior managerial positions at Novartis and Merck KGaA. During his 10-year tenure at Merck, he built an oncology-focused product portfolio that included the launch of Erbitux, generating over 2 BUSD in annual revenue.

»Immunicum, with its good protection of its assets, is capable of making any sort of deal – there is no limitation. The trigger point of deals is the availability of clinical data that make the case for how Immunicum solves a Big Pharma problem. However, the value-creation curve is exponential, meaning it may not be in the interest of the investor to strike a deal at the earliest possible point in time« — Sven Rohmann, CEO of Immunicum

With such deal making experience, Sven Rohmann is a welcome addition to the Immunicum team as the company moves forward with ilixadencel in clinical trials and continues its plans for partnering. BioStock was able to get in touch with the new CEO and ask him about his plans for the company.

Sven Rohmann, you have very vast experience within pharma and biotech. What part of that experience, in your opinion, stands out as the most important for you to bring to Immunicum?

– Most important for Immunicum is my experience in how to create value and how to capture it. Immunicum in the past created significant value by moving ilixadencel all the way into clinical phase II, but the next step also has to be done with Return-On-Investment in mind.

What attracted you to Immunicum in the first place?

– All successful start-up companies I have seen so far were extensively science- and fact- driven. Decisions were made based on hard facts and the number one beneficiary of all therapeutic approaches was the cancer patient. What drove me specifically to Immunicum has been the Proof of Concept that the lead product has obtained, as validated by the FDA’s RMAT Designation and as recently shown in the survival update. Now, I can help achieve its potential.

Could we get your perspective on why you believe ilixadencel has what it takes to become a highly-valued cancer treatment?

– It is common knowledge that in most cases it is NOT the primary tumour itself that causes death in patients, but rather the metastases and the return of the cancer. There are a lot of anti-cancer therapies that can chip away at the tumour, but they cannot eradicate it, so the tumour sooner or later starts to regrow and eventually becomes deadly. This is exactly where ilixadencel jumps in and adds a new quality to already-existing and future anti-cancer therapies. In the ideal situation, ilixadencel trains the body’s immune system to control any remaining tumour cells, thus preventing the tumour from ever coming back.

You are considered a deal maker in the biotech space. What type of deal do you envision for Immunicum, and at what point?

– Most important for deal-making is having the right philosophy for a successful deal with Big Pharma. An interesting deal will happen if you provide a solution for a problem Big Pharma is trying to solve. Big Pharma does not see a role in solving problems for SMEs. Thus, the language we are speaking is of scientific and clinical data as well as patient benefits.

– Immunicum, with its good protection of its assets, is capable of making any sort of deal – there is no limitation. The trigger point of deals is the availability of clinical data that make the case for how Immunicum solves a Big Pharma problem. However, the value-creation curve is exponential, meaning it may not be in the interest of the investor to strike a deal at the earliest possible point in time.

In general, what vision do you have for Immunicum as leader of the company?

– We have the vision that Immunicum’s cell therapy products will make cancer patients live longer because the tumour is stopped from (re-)growing. Our mission is to provide clinical proof as soon as possible so that Immunicum’s immune primer products can add a new quality to every anti-cancer therapy.

Finally, how will you help make Immunicum even more attractive for existing shareholders and new investors?

– Having been on both sides of the table, I can promise a balanced view on return and risks as well as financial exposure and technical feasibility. In the past, clinically successful cancer products had been commercially successful products. Today this still holds true, but you have to clearly show the medical relevance of your product early on to health care providers in light of increasing cost pressure and treatment alternatives. I will make sure our path to the market will take that into account, e.g. with Orphan Drug Designations.

– I have walked the way to the market and to exits before. This provided me with the opportunity to learn from mistakes (which everybody is bound to make in these very complex processes), and thereby knowing a lot of the pitfalls already. This taught me to appreciate a really good management team that can tackle all the highly diverse tasks on time and on budget. Finally, I have the understanding of why do good and talk about it is so important for success in oncology and for taking a company to new heights.

Note from the editor: The article has been updated, an earlier version incorrectly contained an unfounded assumption about the company’s time frames regarding the conclusion of a partnership. We are sorry for the inconvenience.

The content of BioStock’s news and analyses is independent but the work of BioStock is to a certain degree financed by life science companies. The above article concerns a company from which BioStock has received financing