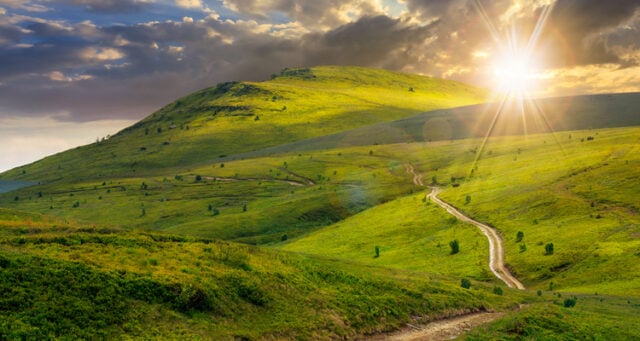 In October last year, NeuroVive Pharmaceutical announced a new strategy focusing on primary mitochondrial diseases. The strategy was developed in close collaboration between the company’s management and its board. Chairman David Laskow-Pooley fully supports the projects that the company is now focusing on and the organisation that will develop these opportunities. Furthermore, he sees the upcoming rights issue as important to the company’s continued development. In a newsletter published last week, Laskow-Pooley developed his views on the new strategy, the rights issue, and how the current global situation affects the company’s operations.

There is no doubt that Lund-based NeuroVive Pharmaceutical have come a long way since its funding in 2000. Back then the focus was on treatment of traumatic brain injury (TBI). Today the company’s focus is instead on primary mitochondrial diseases, a group of diseases that tend to result in very serious symptoms and, in many cases, a considerably reduced life span.

A chairman with extensive experience

Since 2017, NeuroVive can also take pride in having a very experienced chairman at the helm of the board. David Laskow-Pooley was elected to NeuroVive’s board of directors in 2016 and became its chairman the following year. In addition to his position at NeuroVive, he is also CEO of British company Pharmafor and a board member of Marker Therapeutics and LREsystem. Laskow-Poole is a pharmacist with more than 40 years of experience in the pharmaceutical sector. It is also worth highlighting his extensive experience in starting and developing companies in this industry. One such company is the aforementioned LREsystem, which develops medical implants, and recently received CE-certification.

The management and board developed a new strategy

The fact that the company has expanded significantly in recent years is not only a testament to the inherent competence of the employees, but also a sign of effective and steady management. Further proof of the company’s decisiveness and drive came last autumn when management and the board together decided to change the company’s strategy to focus on the development of treatment for primary mitochondrial diseases. NeuroVive has two candidates for such diseases, KL1333 for MELAS and similar conditions and NV354 for Leigh syndrome.

As chairman of the board, David Laskow-Pooley emphasises that the board has been very involved in the decision to update the focus and the new strategy has been developed by the management in close cooperation with the board. Both the board and management are convinced that this is the best way to both optimise the value for the shareholders and use the company’s internal expertise.

According to Laskow-Pooley, one of the main reasons behind the new strategy was the importance of a clear focus. This is important, not least for smaller companies such as NeuroVive, which must allocate their resources carefully, and, as all of NeuroVive’s projects have progressed steadily in recent years, the company simply does not have the resources needed to take all projects through clinical studies.

Given that NeuroVive has twenty years of experience in primary mitochondrial diseases, and thus has solid internal expertise in the field, the decision appears well founded.

Furthermore,mitochondrial diseases are rare meaning that the chances of obtaining orphan drug designation (ODD) are good. In fact, KL1333 already has ODD in both the US and Europe. An ODD designation provides a number of benefits such as tax benefits and subsidies as well as support during the continued clinical development. In addition, if the drug is given orphan drug status at market approval, this also means market exclusivity (i.e. no competition from generics) for 7 years in the US and 10 years in the EU, and in most cases an ODD designation also means a higher drug price.

In order to further advance the projects in primary mitochondrial diseases, NeuroVive will in April carry out a rights issue of 74 million SEK. The rights issue, with a subscription period running from April 6 to April 24, is covered by subscription and guarantee commitments amounting to 90 per cent of the share issue. Laskow-Pooley underlines that the rights issue is an important part of the company’s

In mid-February NeuroVive’s Erik Kinnman came by BioStock’s studio to talk more about the rights issue. See the interview (in Swedish) here.

NeuroVive standing firm in the midst of Covid-19

In last week’s newsletter, chairman Laskow-Pooley also provided an update on how NeuroVive is affected by the ongoing Covid-19 outbreak. The board and management maintain a close dialogue and the chairman emphasises that the team is well prepared to handle the decisions that need to be made. In the first place, it is of course of the utmost importance to safeguard the health of both employees and clinical participants. In addition, the company complies with the guidelines and measures recommended by the relevant authorities, with a constant focus on making decisions that will secure the company’s operations in the future.

Currently, work is also being done to adapt the study program for the upcoming phase II study with KL1333 as there is a risk of delays in the ongoing phase Ia/b study. By proactively working on adapting the structure of the phase II study, it is possible to minimise the risk of delays in the study program in the long term. The plan is still to initiate the phase II study in the first half of 2021, and the company, with chairman of Laskow-Pooley at the helm, is steadfastly focused on its overarching goal: to ensure that the drug candidates reach the patients and thus increase value for investors.