Home Interviews Immunicum’s ilixadencel granted regenerative medicine advanced therapy designation from FDA
5 July, 2021
Immunicum’s lead candidate, ilixadencel, just got a big boost in its development by being granted regenerative medicine advanced therapy designation by the FDA. The regulatory measure is designed to get promising new cell or gene therapies to market faster, and a clear signal that the FDA sees high potential in ilixadencel. BioStock reached out to Immunicum’s COO Sijme Zeilemaker to learn more about the news and what it means for ilixadencel moving forward.

Developing a new, innovative drug for the treatment of a serious disease and getting it to market involves several steps, which can take years, if not decades. Some of the steps are regulatory requirements necessary for providing evidence that a compound is safe for humans and, of course, effective in treating the indicated disease. However, with biomedical technology changing at a faster and faster pace, the bureaucracy aimed at keeping patients safe is, in some cases, preventing promising medicine from reaching the patients on time.

Speeding up the drug development process

In recent years, major regulatory bodies like the Food and Drug Administration (FDA) in the US or the European Medicines Agency (EMA) in the EU have tried to answer the call for speeding up the drug development process. This is particularly the case for cell and gene therapy biological drugs, which rely on technology that is quickly evolving. 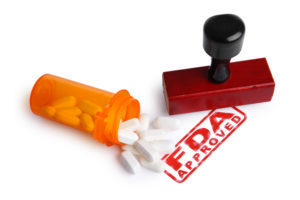 Over the last decade, the FDA has put in place regulatory directives aimed at helping companies get their products to the market more quickly, especially for drugs meant for treating a serious medical condition and that fulfils an unmet medical need. These directives include Fast Track and Breakthrough Therapy, among others. While Fast Track is mainly aimed at expediting the review process for FDA approval, Breakthrough Therapy includes all the benefits of Fast Track plus intensive guidance from FDA officials through all stages of clinical trials.

Most recently, in 2017, the FDA implemented a directive called Regenerative Medicine Advanced Therapy (RMAT). The aim of this designation is similar to Breakthrough Therapy, but with a focus on regenerative medicines like cell or gene therapies, which have a more dynamic regulatory environment in general compared to biologics or small molecules due to the fast pace of evolving technology behind them.

RMAT gives companies several benefits. One of the most important benefits is the eligibility for increased and earlier interactions with FDA officials to expedite development and review of the therapy. Overall, the designation gives companies more confidence in their development programs, knowing that their candidates meet the high standards put in place by the FDA. It also helps smoothen the path to market by greatly strengthening the chances of approval.

This week, one of Sweden’s top immuno-oncology (IO) companies, Immunicum, just received notice of being granted RMAT from the FDA for its main candidate, ilixadencel, for the treatment of renal cell cancer (RCC) patients. The FDA’s decision was made based on the results from the MERECA trial presented at the ASCO-SITC conference earlier this year.

Initial analysis of the ongoing Phase II exploratory clinical trial that evaluated the safety and efficacy shows an improved response in patients given ilixadencel in combination with a tyrosine kinase inhibitor (TKI) called Sutent (sunitinib), which is commonly used for treating some cancers. Read more.

This is exciting news for the Swedish biotech as the RATM designation is sure to have a positive impact on the company’s development program by helping to further establish the next steps for the MERECA trial. The excitement was shared by Immunicum’s CEO Alex Karlsson-Parra:

We are very excited to have received the RMAT designation for ilixadencel in kidney cancer as it recognizes both the potential of our novel therapeutic approach as well as the clear need for viable therapies to address this difficult-to treat disease. As a designation similar to the FDA’s Breakthrough Therapy Designation, we will now also have the opportunity to receive direct guidance from the FDA which will inform key development decisions and ultimately bring us closer to delivering ilixadencel to patients in need.

Sijme Zeilemaker, this is a big step forward for Immunicum and ilixadencel’s development program in particular. What was your reaction to this news?

– Honestly, I jumped up from my desk. The RMAT designation has been something we have been eyeing, yet with only a few dozen breakthrough therapies being granted this relatively new instrument from the FDA, you have to contain yourself to avoid getting your hopes up. We have been increasingly enthusiastic about the clinical observations from the Phase II MERECA study the more we looked into the results and as data further matured, but having the regulatory authority confirm this from an independent perspective is truly exciting.

We have already mentioned some of the benefits of the RMAT designation, but could you point out what you believe to be the most important benefit(s) for ilixadencel’s development?

– The two-way dialogue allows Immunicum to work together with the FDA in finding the best path forward. Cell therapy is a transformative modality; however, this also means that both the company and the regulatory authority are learning along the way. Instead of asking closed questions and hoping for positive regulatory responses after completing the development program, this ensures that each development step we undertake to the market has been vetted by the FDA. This should substantially improve our development success rate and time to market.

How will this decision by the FDA impact the timeline for the MERECA trial?

– Our next development steps in kidney cancer will be further informed by the feedback from the authorities (both FDA and EMA), and the next survival update from the MERECA study mid 2020. Now, we will have the opportunity to have more regular meetings from Q3 onwards, after the already planned meeting with the FDA end of Q2 2020. These steps are crucial for establishing the path in RCC and pursuing partnering and other options of moving this program forward.

Finally, will this decision by the FDA have any impact on other development programs in Immunicum’s pipeline? If so, to what extent?

– Being granted this RMAT designation for kidney cancer, it also paves the way and supports a strategy of establishing similar proof-of-concepts as with the MERECA study in other indications, for which, subsequently, such RMAT designations can be requested to accelerate the path to the market. This is highly aligned with Immunicum’s aim to position ilixadencel as a safe and effective immunotherapy add-on to treatment of various solid tumours with a high unmet need.