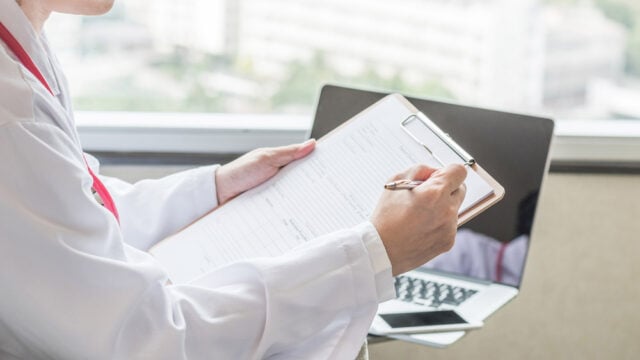 Immunicum’s phase II MERECA study testing ilixadencel in kidney cancer patients is entering the final stretch. Yesterday, the company announced an update on the study that seems to indicate that their candidate is providing a survival benefit to patients. BioStock reached out to Immunicum’s COO Sijme Zeilemaker to learn more.

The Stockholm-based immuno-oncology (IO) company Immunicum has several ongoing projects exploring the effects of their off-the-shelf, cell-based therapeutic candidate ilixadencel. The immunotherapy drug is being developed for the treatment of solid tumours, and its active ingredient is allogeneic dendritic cells derived from healthy blood donors, which are essential in driving an immune response.

Earlier this year, ilixadencel received Regenerative Medicine Advanced Therapy (RMAT) designation from the FDA based on the previously communicated results from the clinical phase II trial, MERECA, the company’s main project. The designation gives Immunicum the possibility to meet more frequently with FDA officials in order to expedite development and review of the therapy. In fact, discussions with regulatory authorities and preparations to determine the next set of priorities and objectives for ilixadencel are currently ongoing.

After announcing a first round of top-line results from the study in 2019, Immunicum produced the second round of results in February this year, which confirmed and strengthened the positive trends announced last year. Most strikingly, the confirmed Objective Response Rate (ORR), which measures the reduction in tumour size of a patient at successive scans, was at 42 percent in the ilixadencel combination group, compared to 24 percent in the sunitinib monotherapy group.

Yesterday, the company released a new update, which shows that median overall survival (OS), a measure indicating average survival time for each group of patients, has been reached in the monotherapy group, while the final median OS value in the ilixadencel treatment group has not yet been reached. This is a strong indication that ilixadencel increases the chances of survival for these patients when given in combination with sunitinib.

Furthermore, when looking at patients with Complete Response (CR), i.e. a complete disappearance of their respective tumours, the update shows that all five patients in the ilixadencel group that had a CR were still alive in the follow-up, while the only CR patient in the sunitinib control group had already passed away in an earlier follow-up. This is yet another encouraging sign of ilixadencel’s efficacy.

»Ilixadencel has shown deeper and more durable responses even in suboptimal conditions in which the standard-of-care is given months later. We can now move into the next phase of development in which ilixadencel, with the learnings from studies so far, will be tested in its most effective combinations and given to the patients who should benefit most. As every study will further reduce the development risk and expand the market potential of ilixadencel, we are certain that we can intrigue the likes of pharmaceutical companies that the asset adds value to their oncology portfolio« — Sijme Zeilemaker, COO at Immunicum.

In the wake of this study update, it is becoming clearer that ilixadencel has a positive effect on kidney cancer patients. Not only that, but when looking at the confirmed ORR numbers from the February update, the numbers reflect similar results seen with other potent immunotherapy combinations, e.g. nivolumab plus ipilimumab, thus following the storyline that combination immunotherapies could play a big role in treating the most aggressive cancers.

BioStock was able to get in touch with Immunicum’s COO Sijme Zeilemaker to learn more about what these new results mean and what expectations are in the coming months.

Sijme Zeilemaker, first of all, what was your reaction when you first saw the results from this MERECA trial update?

– This was an exciting time point for us, as we knew the control group should be close to reaching the median OS based on the projections from the Kaplan-Meier survival graph from previous follow-ups. Every follow-up can potentially change the course of the survival graph as data further matures, so seeing the confirmation that the survival in both groups continued to have the observed difference was important and even a relief in some way. When we also saw that the patients who had a complete response were still alive was inspiring, as it continues to make a difference for those patients.

Could you tell us a bit more about what these results mean, specifically why they indicate a benefit from ilixadencel?

– The median OS is an important endpoint in later stage oncology studies to show that your candidate has a positive effect on survival for the average patient. However, we also know that for immunotherapies, this benefit is mostly visible for patients who are initially responding to the therapy, i.e. by reduced tumour size, called a tumour response. Therefore, already being able to pick up a difference in the average survival of patients is very positive, while we know that the benefit is most pronounced in patients who have a more durable response, as is the case in the patients who had a complete response.

How crucial has the RMAT designation from the FDA been so far, and how crucial will it be now that you have obtained these results?

– We are currently using the initial feedback from both FDA and EMA and the updated data from the MERECA study to design our next steps in development. If not for the RMAT, we would be limited in our interactions along these preparations. Now, we are in a position to plan our next meeting with the FDA to show our updated results and discuss updated designs. All in all, it will optimize our path to the market and make sure that the next study will be streamlined to their expectations.

In February, you announced a substantial difference in the Objective Response Rate between the two treatment groups (42 per cent in the combination group, compared to 24 per cent in the sunitinib monotherapy group). Has that changed since then?

– Unfortunately, our study could only follow patients for their tumour scans up to 18 months into the study, and subsequently only for survival status. We know from other studies that immunotherapies can even have a delayed deepening of the response, or later reduction of tumour size, but we cannot follow that beyond the initial follow-up. Therefore, these numbers will not change, but they do help us in designing our next study to make sure we can maximize our chances of picking up the efficacy benefit of ilixadencel.

Those numbers are similar to ones seen with other prominent combination therapies currently in clinical trials. Could you comment on how ilixadencel is different from such therapies?

– First of all, it is important to see that the control arm with sunitinib is performing very similar in response and survival to other studies in kidney cancer with sunitinib. This underlines the benefit of ilixadencel on top of the standard-of-care and the quality of the clinical data obtained. Combination therapies have been able to increase the response and survival in kidney cancer and ilixadencel, despite given months before sunitinib, is indeed showing a similar pattern of improvement. Crucial to future combination regimens, ilixadencel has a favourable safety profile, which is something most of the current combination therapies are being limited by.

When should we expect another update from this trial?

– The survival follow-ups are at 6-month intervals, so we are looking towards Q1 2021 to receive and analyse the next results. Although we already know that there will be a difference in the median OS, it will be important for designing our next studies to interpret the size of the effect, so we are eager to await the median OS in the ilixadencel group to become final. However, we do hope it will take some time!

Given what you know so far, what are your overall expectations for ilixadencel in the long term and what business opportunities do you envision for Immunicum’s primary asset?

– We have learned so much from the exploratory Phase II MERECA study and the smaller Phase I/II studies before that. Ilixadencel has shown deeper and more durable responses even in suboptimal conditions in which the standard-of-care is given months later. We can now move into the next phase of development in which ilixadencel, with the learnings from studies so far, will be tested in its most effective combinations and given to the patients who should benefit most. As every study will further reduce the development risk and expand the market potential of ilixadencel, we are certain that we can intrigue the likes of pharmaceutical companies that the asset adds value to their oncology portfolio.

The content of BioStock’s news and analyses is independent but the work of BioStock is to a certain degree financed by life science companies. The above article concerns a company from which BioStock has received financing