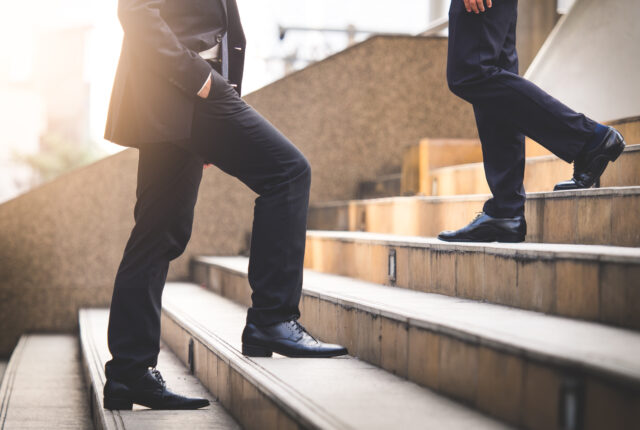 2020 was an eventful year for Iconovo, which included the company entering into agreements with BNC Korea, Amneal and Monash University. A CE marking and several positive patent notices were also obtained. Additionally, Iconovo made significant changes in its organisation to strengthen the company’s business development, including the appointment of Johan Wäborg as CEO, with Orest Lastow becoming CTO. BioStock contacted Johan Wäborg to hear his thoughts on 2020 and the company’s plans for 2021.

Iconovo develops inhalation products consisting of both inhaler devices and associated dry powder formulations. The complete inhalation products are out licensed to customers, thus, Iconovo offers a faster way to market with lower risk and at a lower cost.

The inhalation products are primarily intended for the treatment of asthma and chronic obstructive pulmonary disease (COPD), but there is also potential in other and new types of inhaled drugs, which is exemplified by Iconovo’s latest agreement with Monash University for inhaled oxytocin (more details below).

Achieved milestones and good sales in 2020

Since its founding in 2013, Iconovo have developed a broad product portfolio that includes four inhalation platforms – ICOres, ICOcap, ICOone ICOpre. In 2020, significant progress was made in the development and commercialisation of all platforms despite the Covid pandemic. A strong sales trend could also be noted in combination with several achieved milestones.

In early 2020, Iconovo announced that Dr. Orest Lastow, the inventor behind the company’s inhaler platforms, had decided to leave his role as CEO to instead act as Iconovo’s CTO. Taking over the role as CEO was Johan Wäborg, who most recently held a position as CEO of Actelion Pharmaceuticals in the Nordic and Baltic countries, where he was involved in the process when the company was acquired by Janssen Pharmaceuticals for USD 30 billion.

Since Wäborg’s appointment as CEO in April, Lastow, as CTO, has focused in particular on the development of Iconovo’s fourth inhalation platform, ICOpre, which is the company’s largest investment to date. At the same time, this marks a shift where the company is transitioning from a company in establishment phase, to a growth company with sustainable profitability.

In May, Amneal Ireland Ltd was welcomed as the new partner for the development of Iconovo’s ICOres budesonide/formoterol product, a generic version of AstraZeneca’s Symbicort. The global market value of a combination product with budesonide/formoterol is estimated at approximately USD 2.5 billion per year according to Iconovo.

Amneal has extensive experience in bringing generic products to market, but also the necessary financial muscle to guarantee continued progress in development. Iconovo wants to reach the market as quickly as possible in order to offer a good product alternative to asthma and COPD patients, but also to obtain royalties on future sales.

CE marking for ICOcap and DMF submitted to FDA

At the end of May, Iconovo received a Class I certification for the capsule inhaler ICOcap, which means that the requirements for a Class I medical device are met. With this quality stamp on its back, ICOcap could start being sold to customers for use in clinical trials. This was an important step towards the ultimate goal – to launch ICOcap globally and start commercial sales.

ICOcap is sold through Stevanato, Iconovo’s manufacturing and distribution partner, which announced in December that a Type III Drug Master File (DMF) had been submitted to FDA. According to Wäborg, this was a big step forward in the American market, the world’s largest pharmaceutical market and a crucial market for success with ICOcap.

In March 2020, the European Patent Organization (EPO) announced that they intend to grant two of Iconovo’s patents – one for ICOres and one for ICOone.

Agreement with Monash University for inhaled oxytocin in ICOone

Just before the turn of the year 2020/2021, Iconovo signed an agreement with Monash University for the development of inhaled oxytocin in ICOone. The agreement gives Monash University the exclusive right to use ICOone to administer oxytocin to the lungs to prevent postpartum haemorrhage (PPH), which is the most common cause of maternal mortality worldwide.

Today, oxytocin is only administered as an injection to prevent bleeding in the mother after childbirth. If Monash University and Iconovo succeed in developing an inhaled preparation of oxytocin in ICOone, it would mean great benefits such as cheaper and smoother transport and greater user-friendliness than a syringe. According to Iconovo, the main strength of the product will be its thermal stability allowing it to be distributed and stored without refrigeration temperature requirements.

Patent protection for ICOres in China and the USA

In April 2020, the EPO announced the intention to grant a third patent regarding ICOres, which is important as Europe is the largest market for the multi-dose inhaler.

During the summer, two more positive patent notices were received for ICOres in the USA and China. Iconovo previously had approved patents for ICOres in Sweden, Europe and Japan. The US patent in particular will be an important asset in Iconovo’s patent portfolio, according to CEO Johan Wäborg:

»With a granted patent in USA we can now intensify our global business development. This patent means that ICOres has broad international patent protection, which increases the value of our product portfolio.«

The Chinese market is also of high value given the increasing prevalence of respiratory diseases in China. Additionally, a patent granted in China is crucial for business development in the country.

In July, Iconovo signed its fourth licensing agreement – a 20-year agreement with BNC Korea Co Ltd for ICOcap formulations – covering the development of generic versions of Novartis’s Ultibro Breezhaler and Seebri Breezhaler, both approved for the treatment of COPD. Iconovo’s CEO had this to say about the agreement:

The deal has a milestone value of EUR 550,000. In addition, future royalty payments from BNC Korea will be received based on the sales of the generic products once they have been launched.

According to Novartis’s financial report 2019, Ultibro and Seebri together generated 548 MUSD in sales during the financial year. Iconovo estimates that about 15 per cent of global sales derive from the territory where BNC Korea has exclusive rights.

The CEO comments on 2020 and Iconovo’s future plans

BioStock contacted Iconovo’s CEO, Johan Wäborg, to hear his thoughts on the past year and the plans for 2021.

Johan Wäborg, 2020 was a successful year for Iconovo and it was also the year that you took over as CEO of Iconovo. How would you describe 2020 and your first months as CEO of the company?

– My first 9 months at Iconovo have been really good! Full speed ahead. When I came in as the new CEO in the middle of the Covid-19 pandemic’s first wave, I did not know at all how we would be affected. It was just a matter of rolling up my sleeves and getting into the business with high energy.

– Helpful and knowledgeable employees made my introductory period smooth. I feel confident and I have a management team that works very well together – it’s incredibly fun.

Iconovo has certainly achieved a great deal in 2020, despite the pandemic. What do you think is Iconovo’s biggest achievement in 2020?

– I am proud of our employees who worked with good energy throughout 2020. It has led to progress in all functional areas, for example new customer agreements, new patents, progress in ICOpre development, deliveries in projects and more.

– I think our greatest achievement is that we managed to end the year according to our tough plan. It shows that this team can deliver even in tough times.

Iconovo has just signed an agreement with Monash University for the development of inhaled oxytocin in ICOone. How do you assess the potential in this project?

– Inhaled oxytocin is an exciting project as it is our first commercial project for ICOone and our first innovative inhalation project as our previous projects are generic projects.

– The deal has a milestone value of 900 000 Euro and will provide some royalty income, even if the low prices in resource-poor countries will affect the royalty income. However, it opens up a door to more innovative inhalation projects such as vaccines, migraines or emergency treatment of various conditions.

»We will also continue our commercial approach and aim to enter into new agreements during the year.«

– This year we will be able to accelerate further and work with increased capacity, especially since we hired several new employees during 2020. We will soon make a Technology transfer to Amneal so that they can carry out a pilot PK study during the year. A clinical study will also be conducted for the project with Monash.

– The other projects have some remaining time left until studies can be initiated. However, the projects with Intas and BNC also have important deliveries during the year that are in the late phase of development. We will also continue our commercial approach and aim to enter into new agreements during the year.