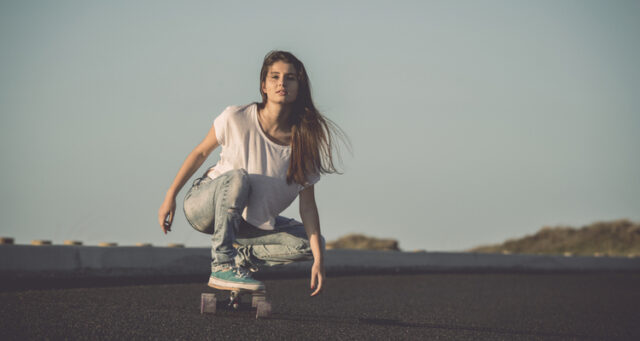 There is a lot happening at Invent Medic, where the market launch of the company’s first product Efemia bladder support now is in full swing. At the same time, the launch of the next product in the series is being prepared. The patent application for Efemia menstrual cup has been filed and the first round of testing with the product has been initiated. BioStock contacted Development Manager Elisabeth Sthengel to learn more about the project.

Lund-based company Invent Medic develops products that promote women’s health. After receiving market approval for its first product, Efemia bladder support in 2019, the journey started from previously being a purely development focused company to becoming a marketing company. The company has already come a long way, and this year it is taking yet another important step when adding the next product to the market portfolio. Together with Norwegian industrial designer Line Iren Andersen, the company is developing a menstrual cup with an intended launch in the second half of 2021.

Invent Medic recently announced the filing of an initial patent application for the product. This is a so-called priority application submitted in Sweden, which will then be extended to the priority markets, including Europe and the US.

In addition, the company has also started a first test round with two prototypes of the menstrual cup where a total of 60 women will participate. In the test, the participants are divided into three groups; experienced users of menstrual cups, women who have previously tested menstrual cups but who state that they are not satisfied with the result, and women who have not used menstrual cups before. The result of the test will form the basis for  final adjustments to the product prior to market launch.

»It is inspiring to be able to present these advances in the development of our innovative menstrual cup. It is exciting that the product is now ready to be tested, and that we will receive valuable feedback that will allow us to complete the menstrual cup in the best possible way.« – Karin Bryder, CEO Invent Medic.

The menstrual cup has been around since the mid-19th century, but the first commercially viable model was patented in 1937 by American actress Leona Chalmers. Today, the market for menstrual cups amounts to approximately 1.5 billion USD  globally, which roughly represents just over five percent of the total market for intimate hygiene products for women. Among the advantages compared to, for example, the tampon, is that the menstrual cup does not cause dehydration, that it is reusable and that it is free from chemicals.

BioStock has contacted Elisabeth Sthengel, Development Manager and responsible for new products at Invent Medic, to learn more about the upcoming product.

For those who are not that familiar with the market for feminine care products, , can you describe it and what is the potential for the Efemia menstrual cup?

–  The market for menstrive protection is obviously huge, as it goes without saying, since 26 per cent of the world’s population has their menstruation. Pads, closely followed by tampons, are the most commonly used covers. However, in many developing countries, cloths or no protection are used at all. One concept that is talked about a lot today is ”period  poverty”. In Kenya, for example, 50 per cent of schoolgirls do not have access to feminine care products and are forced to stay home from school. We imagine that any woman who would consider using tampons, could also use menstrual cups, if they were available and comfortable enough.

What is the trend in the use of menstrual cups?

–  Currently 2 to 10 per cent of menstruating women in the western world use menstrual cups, but the growth is in double digits and the menstrual cup is evolving from being a niche product to an obvious choice. The development is driven by environmental awareness, that it is a cheap option and also that more women have heard that menstrual cups are good alternatives to tampons and pads. However, there are cultural and economic barriers to the use of menstrual cups, especially in developing countries.

How does your menstrual cup differ from products available on the market today?

–  The innovative design makes it easier to fold together, is softer, has thinner walls and weighs several grams less than the cups on the market today. This makes it more comfortable and takes up less space when inserting it. A tapered neck reduces the risk of spillage and clatter when taking out the cup.

What interest have you noticed about the product so far?

–  We see a huge interest! When we searched for participants for our test panel, we had to close the ad after one day because so many people wanted to join in. We interpret this as a sign that it is not only we who believe that the cups that can be bought today need to be improved.