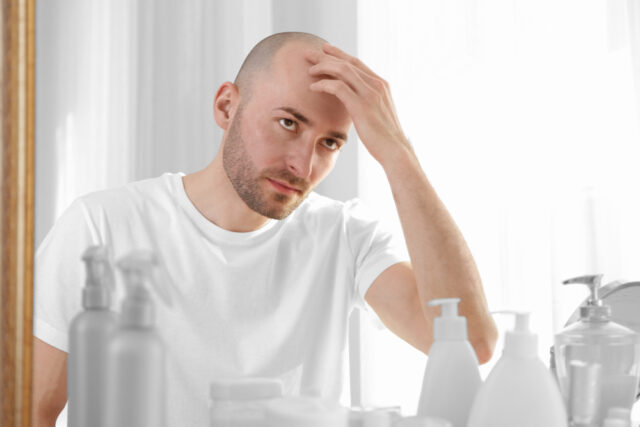 Yesterday, Follicum announced that they have recruited over 50 per cent of the intended patient group for their ongoing phase IIa trial with the topical formulation of the hair growth stimulating candidate FOL-005. Thus, the study is well on its way to keeping the communicated timelines, and results are expected in the spring.

Follicum develops innovative peptide-based drugs with the main candidate FOL-005 targeting alopecia, or unwanted hair loss popularly referred to as ”baldness.” The candidate has undergone a preclinical program and two clinical studies, all of which indicate that the candidate stimulates hair growth while maintaining a good safety profile.

The first clinical study included healthy volunteers, while the second was performed on men with incipient baldness. In both of these studies, FOL-005 was administered by intradermal injection at the clinic 2 or 3 times a week. Since then, Follicum has developed a cream-like topical formulation with appealing user-friendliness that is now undergoing a placebo-controlled phase IIa study with alopecia patients. The objective of the present study is to investigate the safety, efficacy and treatment response of the FOL-005 topical formulation.

The study was initiated in the spring, and in March the company announced that the first group of patients had begun treatment. The study will be carried out at well-established clinics in Germany and include 200 male patients in total. However, due to the Covid-19 pandemic, and the increased need for care in other health care segments, patient recruitment was temporarily stopped in the spring but quickly resumed in early June. See Follicum’s CEO Jan Alenfall discuss the re-started trial more in depth here [in Swedish].

Initially, the idea was to conduct the study at the Clinical Research Center for Hair and Skin Science (CRC) in Berlin and at proDerm in Hamburg. When patient recruitment was resumed in June, Follicum also added CentroDerm in Wuppertal – another reputable German study clinic with experience of similar studies – in order to boost the recruitment rate.

Now, the initiative has borne fruit as Follicum has been able to announce that it has reached the milestone of including more than 50 per cent of the intended patient group in the phase IIa trial. This means that the study keeps its communicated timelines, and the company expects to be able to announce results in the spring of 2021.

In a press release, Jan Alenfall expressed his satisfaction with the news:

»The fact that more than half of patients are now recruited is an important milestone for Follicum. We are very relieved that we are one of few pharmaceutical companies have not suffered significant delays in an ongoing study due to the Covid-19-pandemic. We are following the planned recruitment rate after a temporary break and we are working intensively to achieve the recruitment goal so that patients can undergo final treatment before the end of the year. The current study is intended to confirm the interesting results we have seen in previous studies, now in a larger patient group and with the cream-like formulation developed and tested over the past year.«