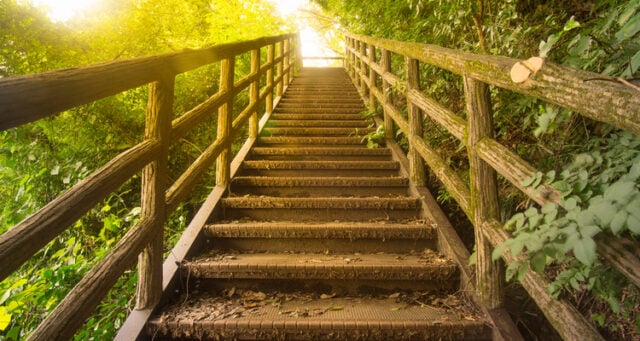 3 July, 2021
The third quarter of the year has been eventful for biopharma company Abliva, which released its report at the end of last week. The quarter began with the FDA giving the thumbs up to an accelerated development plan for the main candidate KL1333 and now the British Medicines and Healthcare products Regulatory Agency (MHRA) has also taken a positive view of the plan. At the same time, a drug interaction study is being initiated as a first part of the preparations for the important phase II / III study that is planned for the second half of 2021. BioStock has talked to CEO Erik Kinnman about the past quarter.

Lund-based Abliva develops drugs for the treatment of primary mitochondrial diseases. During the past quarter, their main candidate KL1333, which is aimed at MELAS and similar conditions, has achieved important milestones.

Positive feedback from FDA and MHRA

KL1333 has already obtained orphan drug classification in both Europe and the USA, and this summer the FDA recommended that Abliva conduct a cohesive phase II/III study that will form the basis for registration. This means that Abliva does not have to carry out separate phase II and phase III studies, which would have been both more expensive and more time-consuming. According to the company, a combined phase II/III study like this is estimated to cost 30-40 million USD until the application for market approval – approximately 10-15 million USD less compared to a plan with separate phase II and phase III studies. The FDA guidance also points towards a reduction in the time to potential market approval.

Last week, British MHRA also gave positive feedback on Abliva’s accelerated development plan. This positions KL1333 for a trial approval also in the UK for the planned phase II/III study that will form the basis for registration.

Increased activity since feedback from the FDA

Since receiving the FDA’s positive feedback during summer, the company has worked intensively to prepare for the next step in development. The final clinical program has been redesigned and the goal is to be able to start the phase II/III study that will form the basis for registration during the second half of 2021. Abliva plans to carry out the required toxicological studies in parallel with the phase II/III study, and this plan has been approved by both the FDA and the MHRA.

In the ongoing phase Ia / b study with KL1333, the part of the study involving patients is currently under way and half the patients have been dosed.

Prior to the phase II/III study, Abliva has planned a number of other studies. The company announced last week that it has initiated a drug interaction study (DDI study) in order to be able to assess the potential impact of KL1333 on other drugs that are sometimes used in the symptomatic treatment of patients. Here, the first healthy volunteers have been dosed and a total of 14 healthy volunteers will for 12 days receive a daily dose of KL1333 together with a mix of other drugs.

Furthermore, the company is also planning a qualitative validation study of specific patient-reported outcome measures, a clinical dosing study, as well as a patient register study.

With regards to Abliva’s second main project, NV354, for the treatment of Leigh’s syndrome, work on the project has progressed during the quarter and the company aims to be able to complete preclinical pharmacology and safety studies during the first half of 2021. At the same time the company aims to produce test materials to then begin clinical studies during second half of 2021.

Commenced the process to ensure financing

Abliva strengthened its finances in two stages during summer in order to be able to carry out the accelerated development work, primarily with KL1333. In May, a rights issue raised 54 MSEK and shortly thereafter, investment company Hadean Ventures showed its confidence in the project by investing 20 MSEK in a directed rights issue. At the end of the third quarter, the company’s cash balance stood at just over 73 MSEK.

In light of the investment need that comes with the phase II/III study next year, the company’s board has begun the process of securing additional financing. In the quarterly report, Abliva states that they are investigating various possibilities, including attempting to attract international capital to the company.

Erik, first of all, how would you describe the past quarter?

– It has been a successful and exciting quarter where we are now rapidly approaching the phase II/III study with KL1333 that will form the basis for registration. Soon after the end of the quarter, we dosed patients with KL1333 for the first time and we are now looking forward to the possibility of delivering a treatment option for patients with primary mitochondrial disease for whom there is currently no treatment. This is an area with ”blockbuster” potential.

British MHRA is following in the path of the FDA and giving you positive feedback regarding the accelerated development plan for KL1333. What does this mean for the development of KL1333?

– Not only does it pave the way for the planned study that will form the basis for registration, but the feedback from both authorities also validates the documentation and thus the project. This is also important when we are now discussing various possibilities for future financing of the business.

There appears to be a lot going on right now, especially in the development of KL1333. What activities do you see as the most important in the near future?