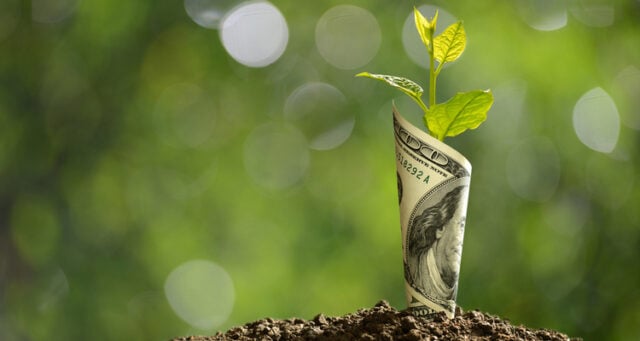 A few weeks ago, Lund-based Iconovo gave a sign of their growing confidence when they announced the biggest investment in the company’s history in the form of a new inhalation platform. Yesterday, a directed share issued to a number of heavy institutional investors, raising 60 million SEK prior to costs, made it clear that the new project will be off to a solid financial start.

Swedish medtech Iconovo develops inhalers with accompanying drug formulations. When development is completed the products are out-licensed to pharmaceutical companies. In addition to this, Iconovo can offer development of the powder formulation including all the analyses, tests and documentation needed to register a pharmaceutical product. The company currently has three inhalers ready for the market – ICOcap, ICOres, ICOone.

2019 has been a year of steady advancements for Iconovo. In March the company’s finances were strengthened when India Pvt Ltd took over Amneal Pharmaceuticals in a deal to pursue the development of a generic version of Symbicor. This caused changes in the payment structure leading to Iconovo obtaining a one-off payment of 5 million SEK and with that a better balance between the project’s incomings and outgoings.

During summer the company could also deliver positive results from a pilot study with ICOres. The study compared Iconovo’s generic product ICOres budesonide/formoterol to the original Symbicort Turbuhaler (AstraZeneca). The results showed that ICOres worked as expected clinically, and the study gave important information for the continued development.

Full speed ahead during autumn

At the end of October, Iconovo announced plans to carry out the biggest investment in the company’s history – the fourth inhalation platform and the product ICOpre. The aim is to be able to offer generic versions of pharma giant GlaxoSmithKline’s (GSK) new inhaler Ellipta, a product that is expected to dominate the market during the coming years. When the first patents for Ellipta expires in 2025, Iconovo wants to be ready with an offer of a generic version to the global market.

Two weeks ago, Iconovo also signed a collaboration deal with British CrystecPharma to develop new innovative products for use in dry powder inhalers. Together the two companies will develop a complete solution for customers needing optimal delivery of effective molecules to or via the lungs and a pilot project has already been launched.

It would appear as if the positive spirits will continue through to the end of the year for Iconovo as they yesterday announced a further strengthening of their finances through a directed share issue raising 60 million SEK prior to costs. The issue was directed at Andra AP-fonden, Fjärde AP-fonden and Länsförsäkringar Fondförvaltning, and Iconovo’s CEO Orest Lastow expressed his satisfaction in a press release:

»We are very pleased with the strong interest for Iconovo and welcome our new shareholders. With the proceeds from the directed share issue we secure capabilities to execute on our expansion plan with the goal of developing and establishing the new inhalation platform ICOpre, which has high potential« — Orest Lastow, CEO of Iconovo

According to Iconovo, the purpose of the directed share issue, and the reason for the deviation from the shareholders’ preferential rights, is a wish to bring more institutional investors to the company whilst, at the same time, raising new capital to carry out new investments that are to accelerate growth. The company felt that a directed share issue was the most time – and cost-effective manner of achieving this goal.

The money raised will primarily be used to finance the development of the new inhalation platform ICOpre as well as strengthen the working capital in connection with the expansion of the business.