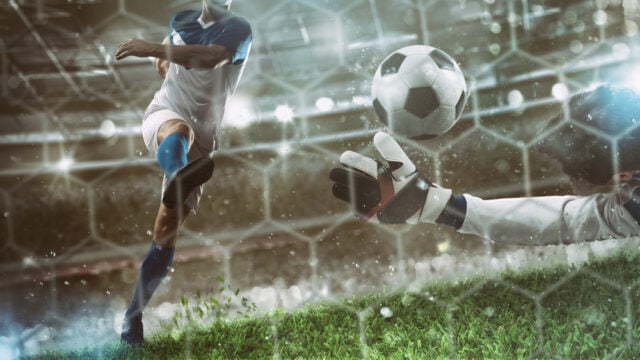 Last week, CombiGene reported that the company’s two warrants were exercised at 98.4 percent, which thus added just over SEK 25 million to the company. In addition, one of the company’s co-founders, Associate Professor David Woldbye, published a peer-reviewed article in Frontiers in Molecular Neuroscience, concerning CombiGene’s epilepsy project CG01. BioStock reached out to CEO Jan Nilsson for a comment.

Last Friday, gene therapy company CombiGene announced that Associate Professor David Woldbye, one of the company’s scientific founders, presented the results of CombiGene’s preclinical pharmacokinetics study, the company’s preclinical learning and memory study, as well as from the preclinical tropism study. All studies have been carried out within the framework of the epilepsy project CG01 and the peer-reviewed article was published in Frontiers in Molecular Neuroscience, which can be found here.

Long-term expression in the brain

The drug candidate CG01 is intended to be injected into the brain of patients with drug-resistant focal epilepsy. Focal epilepsy is the most common form of adult epilepsy.

The results of the pharmacokinetics study, presented in their latest publication, indicate that NPY and Y2, the active substances encoded in CG01, can be expected to have a very long-term expression in the human brain. These study results form an important basis for being able to optimally plan the upcoming toxicology and biodistribution studies, but also for when to design the first study in humans.

»The importance of having access to future-proof production is illustrated, among other things, by Bayer’s acquisition of AskBio and their advanced production method, and this is precisely the production method we have access to through our agreement with Viralgen, which was originally founded by AskBio. All in all, the activities we carried out during the year have significantly moved our positions forward«

The results from the learning and memory study show that NPY and Y2 have no significant negative impact on cognitive functions. In the initial clinical trials, CG01 will be injected into the hippocampus, the structure in the brain most relevant to learning and memory, and CombiGene has now shown that CG01 does not affect those functions in animals when injected into either of the brain’s two hippocampi.

Finally, the results of the tropism study showed that CG01 is taken up exactly in the cells where it was expected, thus meaning that CG01 reaches the cells of the brain as intended.

BioStock reached out to CombiGene’s CEO Jan Nilsson for a comment.

Jan Nilsson, to begin with, Combigene’s warrant exercise reached a nearly one hundred per cent subscription rate of the warrants TO4 and TO5. Could you comment on this?

– I am of course very happy. The capital that is now provided to the company, approximately 25.5 million SEK before issue costs, is a very welcome addition and means that we can continue the development of our two gene therapy projects with full force. I would like to take this opportunity to thank our owners for the trust they continue to show in CombiGene, it means a lot to everyone in the company and gives us additional energy to continue the development of our unique gene therapies.

Let´s move on to the article in Frontiers in Molecular Neuroscience. Do any of the study results that stand out more than the others and that are extra significant?

– The study results are in different areas, all of which are central to the continued development of our epilepsy project, so it is not really possible to elevate one study over the others. The important thing is instead the overall result – that all studies have had positive results. The fact that Associate Professor David Woldbye has now had his article published in Frontiers in Molecular Neuroscience confirms the quality of the studies and the scientific height of CombiGene’s work.

Can you guide us through this year’s achieved milestones?

– A lot has happened in the company in 2020. If we start with the results from the studies that form the basis of David Woldbye’s article, they are very important because they provide positive answers to important questions that the authorities asked about the development of our epilepsy project. Other achievements during the year, not least the development of a future-proof production platform, means that we can now produce materials for all our final studies and future commercial needs. The importance of having access to future-proof production is illustrated, among other things, by Bayer’s acquisition of AskBio and their advanced production method, and this is precisely the production method we have access to through our agreement with Viralgen, which was originally founded by AskBio. All in all, the activities we carried out during the year have significantly moved our positions forward.

What activities will take place in CombiGene during the remaining weeks of 2020?

– The year is fast approaching its end, but the energy level in the company is still very high. Within our epilepsy project CG01, the intensive preparations for the final preclinical studies continue, above all the biodistribution and toxicology studies as well as preparations for the first clinical study. In the lipodystrophy project CGT2 we focus on the continued work of selecting a drug candidate.