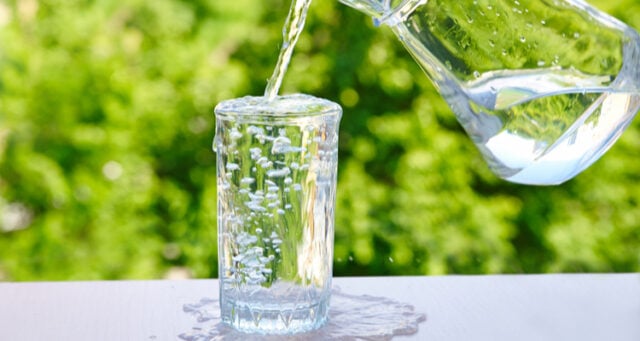 During the second half of April, medtech company Clinical Laserthermia Systems carried out a rights issue of units worth approximately 48 MSEK. On Monday, the company could announce a positive outcome as the rights issue was oversubscribed. At the same time, the company also carried out a directed share issue worth 10 MSEK, which was fully subscribed and subsequently increased by an additional 10 MSEK, meaning that the company will receive a total of approximately 71 MSEK before issue costs. BioStock spoke with chairman of the board Hans von Celsing to find out more.

Lundabased Clinical Laserthermia Systems (CLS) develops and sells advanced laser systems for image-guided tissue ablation, which, with very small interventions, are primarily used for effective treatment of cancer. The principle is based on heating the tumour tissue with heat from a laser and thereby killing the tumour cells. The side effects are fewer and the cost of care lower than with traditional surgical treatment. CLS’s focus is on the treatment of prostate cancer and treatment in the brain, but the method can also be used for the treatment of tumours in other organs. CLS are also evaluating the method for immunostimulatory treatment with its own protocol imILT.

On Monday, CLS announced a positive outcome of the rights issue, which was subscribed for a total of 108 per cent and will strengthen CLS’s coffers by approximately 47.7 MSEK before costs. The guarantee commitments made were not used, and the board has, due to the great interest, decided to exercise the over-allotment option and issue 523,781 units, corresponding to 3.7 MSEK. In total, the rights issue and the over-allotment option bring in approximately 51.4 MSEK before issue costs.

BioStock had the opportunity to talk to Hans von Celsing, chairman of the board, about the outcomes of the issues and how the money will be used to advance CLS’s development.

Hans, first of all, what was the motive behind this capital raise?

– The main purpose of the rights issue is to finance the commercial launch and establishment of the new generation of TRANBERG products for cancer treatment. We will continue our clinical development program within prostate and brain as well as continue with evaluations of our immunostimulatory treatment protocol imILT. Clinical data is an important support in commercialisation, but also necessary to meet regulatory requirements and further prove the technology and method. In recent years, CLS has made major investments in product development and now has a competitive system to offer the market.

– I am very happy about the interest shown in the company and our products. I’m also happy that we have been able to secure the company’s financing for some time to come. Our shareholders are well-read and committed and it is inspiring that they share our view of an exciting future for CLS. Through the directed share issue, we have also gained a number of new shareholders, which is positive for the company.

The largest investor in the extended directed share issue is Khattar Holdings from Singapore. What can you tell us about them?

CLS has a subsidiary, CLS Asia Pacific, based in Singapore, in addition to the subsidiaries in the USA and Germany. What do these subsidiaries mean for the ability to attract international investors?

– Presence on the ground is an important part. But there are many other things that must come together for an investment to be on the cards. On the one hand, there are regulations to comply with, and on the other hand, a certain market value might be required. The company must fit with the risk level that the investor thinks is reasonable; there must be room in the investment portfolio and then there must be good personal chemistry. It is very positive that Khattar Holdings thinks that CLS fits in well with the requirements they have for an interesting company.

With the rights issue completed, what is now top of CLS’s priority list for the coming year?

– CLS has three priority areas: strengthen the product offering, produce clinical data, and continue market establishment through strategic collaborations. The activities in these areas work together for the company’s continued growth. We will also strengthen the organisation with additional specialist expertise within technology and clinical work.

– Together with our partner ClearPoint Neuro Inc in the US, we are working on completing the application to the FDA for approval of the new TRANBERG system. Work is also underway to adapt the system to function with MRI scanners from manufacturers other than Siemens, with whom we currently have a collaboration.

– Our clinical development program continues. Next up for initiation is the study on prostate cancer that we are conducting together with the university hospital in Magdeburg. We also have ongoing studies in prostate cancer that need to be supported. Finally, we have a goal of product approval in Singapore, which we hope to achieve during the year. The priorities are clear and distinct and now the resources are also in place to take the company towards commercial success and continue the fight against cancer.