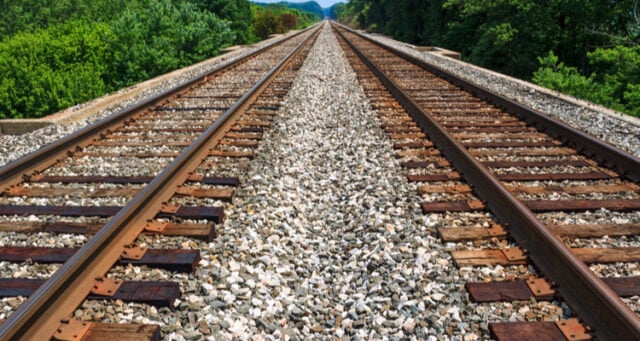 Clinical Lasethermia Systems, a company developing technology and methods for ablation treatment of solid tumours, has passed several important milestones during 2019. Their focus has been on the further development of the TRANEBERG Thermal Therapy System and on continuing the initiated commercialisation of the system. Orders from the American market have started flowing in, and the company is also partaking in a number of international collaborations and research projects that all benefit commercial development. After the recent publication of CLS’s report, BioStock has taken a closer look at the company’s development and can note that expectations for the coming year are high.

Swedish medtech Clinical Laserthermia Systems (CLS) offers products for image-guided laser ablation treatment with high precision and control. The company has developed its own method known as Immune-stimulating interstitial thermotherapy (imILT). The treatment means that an optic laser fiber is inserted into the tumour and the subsequent heating, 46°C for 30 minutes, causes the tumour cells to slowly die. In addition to killing the tumour, the treatment also releases antigens (substances that activate the immune defences) from the dying tumour. These antigens stimulate the body’s immune system to attack metastases that have spread from the primary tumour.

This is an alternative treatment for cases where the primary tumour is in hard-to-reach locations, typically within the deeper tissues of the body. The method is based on several years of research conducted by Professor Karl-Göran Tranberg. Clinical studies regarding pancreatic cancer have shown positive results concerning survival and this is the type of cancer that CLS intends to perform further studies in. Today, treatment with imILT is carried out at Hospital da Luz in Aveiro, Portugal.

Ablation treatment requires high precision as well as temperature control, and, in order to achieve this, CLS has developed the TRANBERG Thermo Therapy System. The system cannot just be used for imILT, but also for treatment with focal laser ablation (FLA) and laser interstitial thermal therapy (LITT), a wider term used to describe the same basic method that is increasingly used. The TRANBERG-system is currently used in the USA for FLA-treatment of prostate cancer is early stages as well as for vascular malformations.

CLS has a complete solution

During 2019, CLS has continued to develop the TRANBERG-system further, e.g. through a new thermometry software, in order to offer the market a complete solution for MRI-guided laser ablation treatment. The idea is that the hospitals should be able to use one single supplier for the majority of products needed to ensure an optimised workflow. Through collaboration deals with companies such as Image Guided Therapy and Siemens Healthineers, CLS will be able to offer an integrated solution that is adapted to Siemens’ generation of the MAGNETOM MRI scanners. The company’s plan is to successively adapt the TRANBERG-system to MR-scanners from the market-leading suppliers.

Distribution agreement with MRI Interventions has opened up the American market

Judging from the orders that have come in during the past months, it certainly seems like the customers appreciate CLS’s products, not least the company’s non-cooled fibers that are yet another way of facilitating the treatment process and make up the majority of the company’s ongoing sales. In the report published last week, CEO Lars-Erik Eriksson specifically underlined the positive development concerning the company’s net sales, a development that he notes will continue during the next quarter thanks to sales through the American distributor MRI Interventions. In mid-October, CLS received an order worth 1.5 million SEK, and a few months early an order worth 700 000 SEK had come through from existing customers in the US.

»It is very gratifying that we have now started to see the positive effects of this drive. It is also positive that we can see that our existing customers, who are already using the products for treatment of tumours in the prostate, are asking for greater volumes«  – Lars-Erik Eriksson, CEO of CLS

Few things are as important to growth in sales as satisfied customers, and recurrent orders are a sure sign of that. The initiation of sales is a crucial part of the process of establishing a foothold on the American market, a process that has taken several steps forward during the past year.

An important factor to the success of a company is the ability to recruit competent and experienced staff. In October, CLS could announce the recruitment of Michael Magnani to the role as Managing Director for CLS’s American subsidiary CLA Americas Inc., with responsibility for the North American market. The recruitment is likely to pay off, as Magnani has more than 15 years’ experience in life sciences within product development, business development, commercialisation, as well as corporate strategy, and he has the network to go along with this long experience.

It is also worth mentioning that CLS is continuously working on strengthening the scientific evidence behind their products and thereby strengthening the offer to potential customers. In early October, the company could present its first scientific poster within neurology, where the TRANBERG Thermal Therapy System, including the company’s new thermometry software, Thermoguide, has been used for tests on the brains of sheep. The tests established that the products are suitable for use in brain tissue, which opens the door to advancements within a new large treatment area for CLS. The encouraging test results mean that CLS and MRI Interventions can begin planning for further tests and studies within the neurological area.

In order to sell the updated TRANBERG-system with the new software on the American market, Thermoguide needs to be approved by the FDA. Due to the broadening indication, i.e. the fact that CLS intends to establish TRANBERG within neurology, the FDA application has taken longer to complete than expected. To ensure that the FDA review process is completed as smoothly as possible, CLS has enlisted the help of experts to ensure that the application is complete. The company is currently awaiting results from preclinical tests, which means that it will take yet a few months to complete the FDA application. CLS will continue marketing and selling their products in the USA based on existing approval for the system, and it maintains the goal of launching the updated TRANBERG Thermo Therapy System with Thermoguide in 2020.

At the same time, CLS is working on obtaining an approval for Thermoguide in the EU.

Regulatory approvals may be important, but they are worth nothing if the company does not manage to reach the customer. In the case of CLS, the health care system is the customer, so the relationship with doctors and hospitals is the key to conquering market shares.

CLS are focused on marketing and selling the TRANBERG-system through e.g. conferences in order to maintain existing relationships and in order to make new contacts. For example, in September, CLS attended CIRSE in Barcelona where the company showed off its product in front of a crowded workshop of interested physicians.

The company’s marketing activities have rendered considerable attention from doctors and clinics in both the USA and Europe. Proof of this came in July when CLS began a collaboration with the Portuguese cancer clinical, Hospital da Luz. The deal means that the hospital will offer imILT-treatment, mainly for pancreatic cancer patients. CLS has lent the hospital a TRANBERG-unit and the hospital pays CLS an agreed-upon sum for each treatment it carries out. The deal with the Portuguese hospital is not a clinical study, and all information and follow-up is handled by Hospital da Luz. Studies are, however, carried out elsewhere.  During the autumn, in fact, CLS presented promising interim results relative to the use of the TRANBERG System in FLA-treatment of the prostate at international conferences.

At AdMeTech 4th Global Summit on Precision Diagnosis and Treatment of Prostate Cancer in Boston in October, Dr. Sangeet Ghai of Toronto General Hospital presented positive interim results from a clinical study with patients suffering from prostate cancer. Positive results were also presented from a clinical study where the TRANBERG Laser Applicator Non-cooled was used for treatment of prostate cancer with MR-image-guided focal laser ablation.

The advancement in the US, intensified business development, collaboration deals, and the ongoing preparations prior to market approval application within cancer have resulted in an increase in orders and a heightened interest from the end consumer. Additionally, CLS is eyeing possibilities to broaden their activities, not only in neurology but also regarding the possibility of combining the TRANBERG-system with existing cancer therapies. For example, the American company Immunophotonics are to conduct a phase Ib/IIa study in cancer patients with solid tumours, and the plan is to use the TRANBERG-system.

All in all, CLS seems to be continuing to create the conditions needed for establishing and expanding through interesting strategic collaborations within both technical and clinical development, whilst, at the same time, striving to further its business. BioStock looks forward to following the future development of CLS.