Home Event CLS sets the direction for 2021 with clinical and commercial focus on... 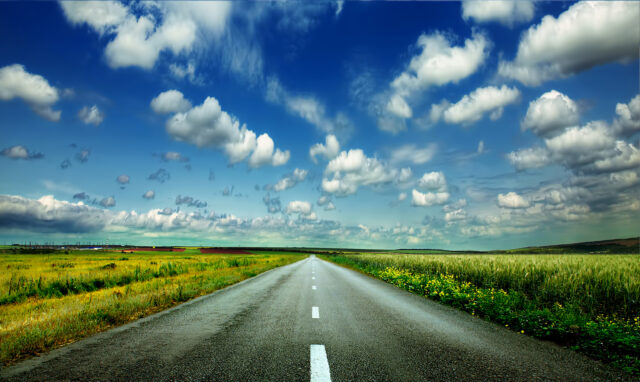 The past year has seen several important steps forward for medtech company Clinical Laserthermia Systems, with expanded collaborations with the University Hospital Magdeburg and Toronto General Hospital, clinical studies in prostate cancer, and approval from the American Medical Association of a reimbursement code for ultrasound-guided focal laser ablation in the prostate, to name just a few examples. Following the progress during 2020, CLS has now set the direction for its clinical and commercial focus in 2021. BioStock has spoken with acting CEO Dan J. Mogren about what awaits next.

Lund-based Clinical Laserthermia Systems (CLS), develops and sells medical technology products for minimally invasive image-guided laser ablation with high precision and accuracy. The products are marketed and sold under the TRANBERG brand and are used in local ablation of tumours or other soft tissue, as well as for the treatment protocol developed by the company – Immune-stimulating interstitial thermotherapy(imILT) – a treatment method for metastatic cancer in which the cancer is treated at low temperatures for a longer period , which may have an immune-stimulating effect.

– Today, the prerequisite for commercial success, regardless of where in the world we plan to establish ourselves, largely lies in access to high-quality clinical information stemming from the use of our products. It has a positive, and sometimes decisive, impact on the processes that govern market approval as well as decisions related to reimbursement, says Dan J. Mogren, who last week took over as acting CEO of CLS and with whom BioStock had the opportunity to talk to this week about the company’s focus for 2021.

Dan, last week CLS announced that you are adapting the plan for your clinical development, including the larger multi-centre study for imILT. What is the reason for the change?

– The plan still includes a larger multicentre study of imILT, but the start of it has been pushed back somewhat. The feedback we received from the clinical trials conducted at the hospitals in Verona and Marseille on imILT treatment in the pancreas, indicated that it was difficult to achieve the precision needed for imILT treatment directly in the pancreas.– The treatments were performed with CLS’s first generation of the TRANBERG product. Over the past year, CLS has further developed the TRANBERG system and through the possibility of MRI-guided treatment, it provides significant improvements in precision, accuracy and user-friendliness. We want to evaluate the new system for imILT treatment of metastatic cancer in smaller studies, before we start a larger and more resource-intensive multi-centre study.

During 2020, CLS has advanced on several fronts, e.g., through a joint venture in the Asian Pacific, a renewed EC-certificate for the TRANBERG portfolio in Europe, an approved application for a reimbursement code for the TRANBERG system in the USA and in collaboration with partners, a new generation of TRANBERG products for minimally invasive image-guided ablation and imILT has been developed.

The clinical development in 2020 has, among other things, meant an enhanced collaboration with the University Hospital in Magdeburg. The collaboration initially focused on evaluating the TRANBERG Thermal Therapy System for MRI-guided ablation (LITT) of

small liver metastases and primary tumours. During autumn, it was announced that the parties are deepening their cooperation by conducting a clinical study on focal laser ablation of prostate cancer with ultrasound-based imaging, where an MRI image taken at the time of diagnosis is ”fused” with the ultrasound image to create a better and more detailed image of the prostate. The merged image then forms the basis for control and monitoring of the treatment.

The same indication, prostate cancer, is also the focus in the clinical study conducted at Toronto General Hospital in Canada. In November this study was expanded to include an additional 30 patients, in addition to the 25 already treated. In this study, minimally invasive focal laser ablation is performed using the TRANBERG system with the patient lying in an MRI scanner with the possibility of very high image quality as well as control and monitoring using MRI thermometry.

Dan, from your presentation at the BioStock Life Science Summit, we understood that CLS is in an intense phase right now, where commercial operations are being built up in Europe, the USA and Asia. How far has CLS come on the various markets and what are your expectations for the future?

– We are in an early commercial phase in Europe and the USA with clinical evaluation and initial sale of our first-generation products. We are now placing more emphasis on collecting clinical data to secure our EC-certificate under MDR for the next product generation. Clinical data also provide support as we continue to work on all markets.

– My hope is that a functioning vaccination program for Covid-19 in 2021 will be the start of a return to something more normal. With this comes the opportunity for a launch of the next generation of TRANBERG products and an increased pace in the clinical and commercial projects we initiated during the year.

– I also expect that we will succeed in getting the additional regulatory approvals for our new generation of TRANBERG products in the US and the Asia Pacific region that were delayed during the pandemic.

In your opinion, what are the most important factors for success in the commercial work with your product?

– In the shorter perspective, it is to be able to work on the basis of qualitative clinical data with products from our new generation in order to transform open surgical treatments into minimally invasive image-guided effective treatments. The open surgery procedures are often associated with side effects and high aftercare costs that can be avoided with our method.

– Another key factor is our collaborations with, for example, Siemens Healthineers, IGT and Clearpoint Neuro. These collaborations move us forward both technically and commercially. I am convinced that CLS can satisfy the pent-up need for innovative, fast, and efficient treatment solutions that healthcare clearly demonstrates.

One of the milestones for the period 2021 – 2023 that you mentioned during the BioStock Life Science Summit was the FDA approval for Tranberg with ThermoGuide. What would such an approval mean for CLS and where in the process are you now?

–  As I mentioned earlier, the FDA approval for our new generation of TRANBERG | TT System with ThermoGuide is one of CLS’s most important milestones during this period. The completion of our 510 (k) application to the FDA is being done in close collaboration with IGT and Clearpoint Neuro who contribute expert knowledge in their respective areas and we follow the schedule we communicated, which means that we aim to submit the application during the first half of 2021.