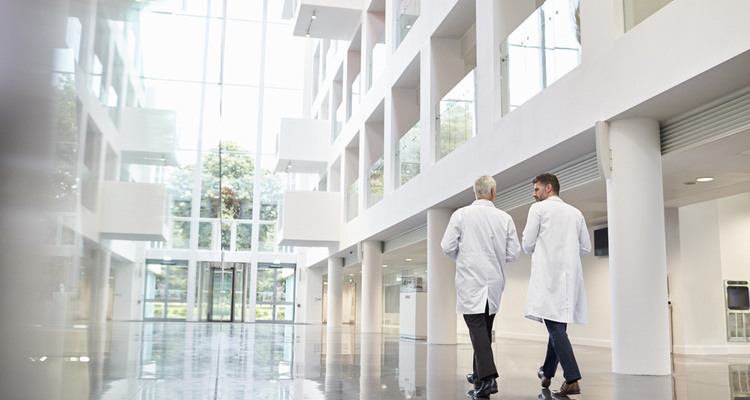 Yesterday, it was announced that Swedish Clinical Laserthermia Systems (CLS) is expanding its collaboration with University Hospital Magdeburg, Otto-von-Guericke-University Magdeburg, and signs an agreement to conduct a clinical study regarding FLA/LITT-treatment of localised prostate cancer. The hospital will carry out the study, while the company will provide part of the financing as well as disposable products for the treatment. CLS’s laser unit is already installed at the hospital as a result of the already established collaboration within ablation treatment of metastases and primary tumours in the liver. BioStock has spoken to CEO Lars-Erik Eriksson about the project.

CLS develops products for image-guided laser ablation treatment of soft tissue, e.g. cancerous tumours. The products are used for focal laser ablation (FLA/LITT) but are especially customised for use with the company’s own treatment protocol – Immune-stimulating interstitial thermotherapy (imILT) – a treatment that slowly kills the cancerous tumour and further has the potential to stimulate the immune system to attack metastases.

into the tumour in order to destroy the tumour tissue. Thin optical fibers are used to direct the laser light into the body. The placement of the fiber is carried out with the support of imaging techniques such as magnetic resonance or ultrasound, which is today used in many different areas of healthcare. LITT treatment is a confirmed safe treatment method and in addition to this it also places minimal strain on the patients.

CLS TRANBERG Thermal Therapy System is optimised for treatment with high precision and can be used together with MRI through customised instruments and the software Thermoguide, for which CLS obtained CE approval in the beginning of 2020.

In March 2020, CLS began a collaboration with University Hospital Magdeburg, meaning that the hospital evaluated the CLS TRANBERG Thermal Therapy System for MRI-guided LITT treatment of small liver metastases and primary tumours. The purpose of the collaboration, led by CLS’s German subsidiary CLS GmbH, was to test whether the treatment can slow down tumour growth in patients and alleviate the patient’s pain.

To date, more than 20 patients have been treated within the project, yielding positive results and no treatment-related side effects.

The hospital will continue using CLS’s products for LITT treatment, and yesterday, news came that the parties have chosen to deepen their cooperation by conducting a clinical study with MRI-Ultrasound fusion guided focal laser ablation treatment of prostate cancer.

The study, which is done on the hospital’s initiative, will include 10 patients with localised prostate cancer who will be followed for 12 months after treatment. Before the study can be initiated, the necessary approvals from both the German Medicines Agency BfArM and the local ethics committee are needed. However, the parties see no obstacles to these being obtained and patient recruitment is expected to begin as early as December. Thereafter, the total study period is estimated at 18 months, and it should be possible to complete the study in the middle of 2022.

CLS’s CEO Lars-Erik Eriksson commented on the news in a press release:

I am very pleased to announce this enhanced collaboration with University Hospital Magdeburg in Germany, and to get the opportunity to work together with this skilled team to get valuable user experience and collect solid clinical data from prostate treatment with the TRANBERG Thermal Therapy System. This study supports CLS’s strategy to continue to build clinical evidence for our products in the FLA/LITT space. This is the path to secure clinical relevance and enable a strong commercial development for the company.

CLS’s enhanced and long-term collaboration with the reputable German university hospital is proof that both parties have been able to benefit from each other. This is probably also the reason why CLS will be involved in co-financing the planned clinical study in prostate cancer. The company will also provide the hospital with disposable products for treatment.

Why is the University Hospital in Magdeburg such an attractive partner for CLS?

– The hospital is at the forefront of ablation treatment and has great knowledge in the area. So their standards are high and this contributes to giving our products a form of quality stamp.

– For CLS, it is also a step into the German market and we naturally hope that this will lead to more hospitals being interested in using our products.

What does it mean that the upcoming clinical study in prostate cancer is provider-initiated?

– It means that the hospital is responsible for the study and runs it with our support. It also means that they have the opportunity and the right to publish results from the study.

What is your take on the meaning of conducting a study in prostate cancer, which is one of the most common cancers in the world?

– Prostate cancer is one of the indications we have focused on in recent years. In addition to the new study at University Hospital Magdeburg, we have an ongoing clinical study regarding FLA / LITT treatment of the prostate, using our TRANBERG system, at Toronto General Hospital in Canada. The Canadian study is being expanded with 30 patients and we are currently in the final phase of the administrative work needed in order to be able to move forward.

– Prostate cancer is a common form of cancer and is getting increasingly so. We want to show that FLA / LITT is a relevant treatment alternative and through the studies we want to obtain data that can show that the method is effective and has few side effects. The health economic benefits of minimally invasive treatment, where the patient can usually leave the hospital on the same day, are great. The fact that the surrounding tissues are not damaged during an ablation treatment, which is a high risk during a surgical procedure, is crucial for the patient’s quality of life.

– What we have seen so far from the study in Toronto is promising. I envision that the study in Magdeburg will reinforce that and show that the TRANBERG system delivers good treatment results.