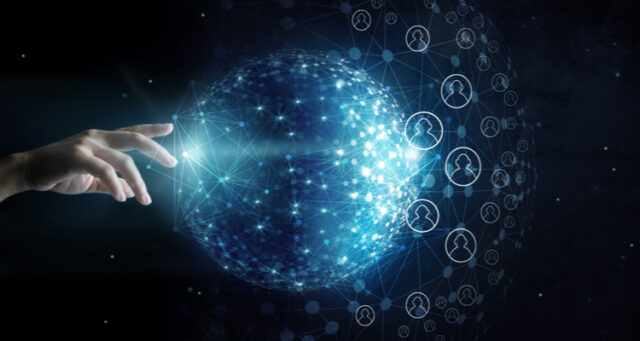 Cereno Scientific has become an emerging leader in epigenetic modulation within CardioVascular Diseases (CVD). This has been possible largely thanks to a close collaboration with the company’s scientific advisors, who are part of a vast network of high-profile experts within the CVD space, including the co-founders of the annual CVCT Forum. BioStock got in touch with Cereno Scientific’s CMO Björn Dahlöf to learn more about the value of such connections. 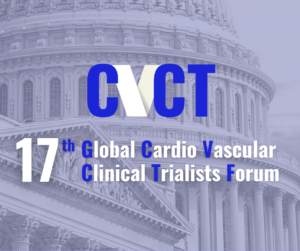 This week marks the beginning of the 17th Global CardioVascular Clinical Trialists (CVCT) Forum, which runs from December 3-7, 2020. The event, which will be held virtually, is considered a unique forum that brings together global clinical trial experts, including scientists, major industry players, CROs, prestigious research institutions, influential regulatory people and many others that work in the space of Cardio-Vascular-Renal-Metabolic diseases (abbr. CVD) and clinical trials. The CVCT Forum is almost a gathering of “who-is-who” in CVD clinical trials and research.

Co-founders of the Forum now on Cereno Scientific’s SAB

Two of the co-founders that made this forum possible and current co-chairmen of the event are Dr Faiez Zannad and Dr Bertram Pitt. Both have vast experience within the space of CVDs and play a major role in advising Swedish Cereno Scientific, as they are part of the company’s Scientific Advisory Board (SAB).

Dr Zannad is a practicing Cardiologist and Emeritus Professor of Therapeutics at the Université of Lorraine, France. He has won several achievement awards, and has served as Chairman of the French Society of Hypertension, Chairman of the European Society of Cardiology (ESC) Working Group on Pharmacology and Drug Therapy, and as a board member of the Heart Failure Association (HFA) of the ESC.

»I have been on many SABs, both for small biotechs and Big Pharma, so I know how valuable it is for any company to have close contact with clinical reality, ongoing research and doors open to a vast network of researchers and opinion leaders. Dr Zannad and Dr Pitt are precisely those kinds of persons that offer invaluable expertise and connections for Cereno Scientific. They have been instrumental in our widened scope of development and transition to current development plans« — Björn Dahlöf, CMO at Cereno Scientific

Zannad and Pitt bring increased value to the company

Having this level of experience on its SAB not only gives Cereno Scientific significant credibility within CVD and clinical drug development, but it also provides an extended network of experts and prominent profiles within the field.

Such a vast network comes in handy for Cereno Scientific, especially now that the company has broadened its horizons by shifting primary focus from thrombosis prevention to the development of its top candidate CS1 for the treatment of the rare disease pulmonary arterial hypertension (PAH). Cereno Scientific was granted an Orphan Drug Designation (ODD) for CS1 from the FDA in March for this purpose, and, since then, the company has positioned itself as an emerging leader in using epigenetic modulation for the treatment of CVDs. Read more.

Björn Dahlöf, generally speaking, how important is it for a clinical company like Cereno Scientific to have high-profile CVD experts such as Dr Zannad and Dr Pitt on its SAB?

— I have been on many SABs, both for small biotechs and Big Pharma, so I know how valuable it is for any company to have close contact with clinical reality, ongoing research and doors open to a vast network of researchers and opinion leaders. Dr Zannad and Dr Pitt are precisely those kinds of persons that offer invaluable expertise and connections for Cereno Scientific. They have been instrumental in our widened scope of development and transition to current development plans.

— In the very first meeting with the SAB, they pointed to a much broader potential with our epigenetic modulation than the initial focus on prevention of thrombosis without bleeding. They highlighted the utility of our drug candidate CS1 to address not only thrombosis but also fibrosis, inflammation and high blood pressure in the lungs as well as systemic. These aspects were extensively investigated further in collaboration and, ultimately, brought us to change the primary focus of CS1 to the rare disease PAH for our initial development plan.

With Dr Zannad and Dr Pitt also being co-founders of the CVCT Forum, the extended network around them is quite significant. How does Cereno Scientific benefit from this network of experts?

— I have participated in the CVCT forum myself several times and I can say that this is a unique by- invitation-only meeting where you can meet almost anyone of importance within the space of CVD clinical trials; participants from the highest regulatory level as well as participation from patients with their perspective. All major CVD trials and important drug developments have been discussed at these meetings. With Dr Zannad and Dr Pitt organizing these CVCT meetings, as well as participating in most other important cardiovascular meetings, you can say they are our ears and eyes in the CV world and can act as ambassadors for Cereno.

— Our advisors can be very valuable as experienced clinical trialists and we have, in particular, worked close with Dr R Benza, Professor at Ohio State University and a well-renowned world leader in PAH, in the protocol development of our first clinical trial in PAH. Dr Benza contributes with a deep knowledge of the disease. He has been part of many previous clinical studies that has brought him valuable insights about the key components of designing a good study in PAH i.e., a robustly designed study to ensure that it will provide Cereno with good data on CS1’s effects in this disease. Dr Benza also has well established connections within the FDA whom he worked together with to develop and publish new innovative ways to measure the effects of drugs on PAH in clinical studies as a basis for marketing approval, effects which we need to demonstrate as we move forward with our clinical studies with CS1.

Finally, what is the current status of the study, and when can we expect to hear news about the study?

— The current estimate is that we will be able to start the first dose-finding study, a clinical phase IIa, with CS1 in PAH patients during mid-year 2021. We have initiated our process of preparations for the submission of the clinical trial application in the US. The aim is to submit the IND application during Q1 2021 and, hopefully receive an acceptance from the FDA thereafter.