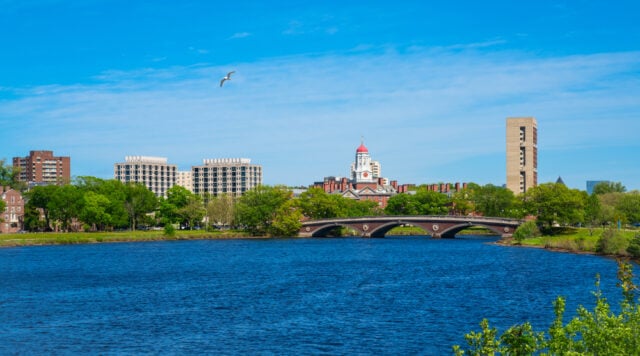 5 July, 2021
Cereno Scientific develops innovative medicines for cardiovascular and rare diseases related to fibrosis, thrombosis, inflammation and high blood pressure in the lung as well as systemically. As a step towards a more international footprint, the Gothenburg based company has established a US subsidiary in Boston called Cereno Scientific Inc. This is in line with the company’s ambition to scale up collaborations and networks with business partners and potential investors across the Atlantic Ocean.Just over a year ago, in March 2019, Cereno Scientific announced the formation of a Scientific Advisory Board (SAB) intended to support the company’s scientific and clinical development. Dr Bertram Pitt, Professor of Medicine Emeritus at the University of Michigan School of Medicine in Ann Arbor, USA and a highly regarded cardiology expert, was named chairman of the SAB. In addition, two of five SAB members are Boston based; Dr Deepak Bhatt and Dr Gordon H Williams, both affiliated with Harvard Medical School.Read more about the SAB members below.

The formation of the SAB was the first step towards expanding Cereno Scientific’s portfolio, which, at that point, consisted of the main candidate CS1 being developed as a preventive antithrombotic drug. During the spring of 2019, that was about to change.

The SAB swiftly identified a wider indication potential for CS1, starting with larger cardiovascular indications related to fibrosis and inflammation such as atrial fibrillation, heart failure and chronic kidney disease within the field of epigenetic modulation based on the histone deacetylase (HDAC) inhibitory effect of the active substance in CS1, valproic acid (VPA). It was further identified that CS1 had a potential arterial pressure lowering effect in the lung, and rare diseases such as Pulmonary Arterial Hypertension (PAH) and Chronic Thrombo Embolic Pulmonary Hypertension (CTEPH) became of interest.

US subsidiary to promote business opportunities

Alongside the broadened scope of the CS1 asset and the ODD status granted by the FDA, Cereno Scientific started to look for additional opportunities in the US. With an ambition to advance the company’s US network, both in terms of current and future collaborative business partners as well as potential investors, establishing a US subsidiary seemed like a natural step forward.

CEO Sten R. Sörensen, with extensive experience from innovative drug development in the cardiovascular space, commented on the news:

»The establishment of our subsidiary Cereno Scientific Inc. in the United States is strategically important for the growth of Cereno. The United States is the world’s largest financial market and Kendall Square in Cambridge, Boston, is considered to be one of the leading biotech cluster in the world. We are excited to increase our proximity to important potential collaborators and investors and to join many other important biotech companies in Cambridge.«

As referenced by Sörensen, the established subsidiary, Cereno Scientific Inc., has its office at the Cambridge Innovation Center (CIC) at Kendall Square in Cambridge, Boston, in proximity of SAB members Dr Bhatt and Dr Williams as well as a vibrant community of leading edge universities, biotechs and investors specialized in the life science sector.

CIC itself is known for being a cluster of innovative life science companies and is thus a natural habitat for an up-and-coming company like Cereno Scientific. BioStock is looking forward to learn more of how the company will capitalize on this exuberant and stimulating environment. 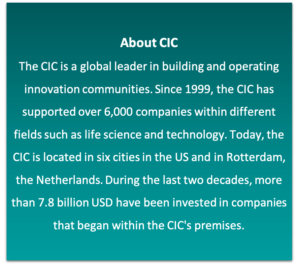 Dr Bertram Pitt (chairman), Professor of Medicine Emeritus at the University of Michigan School of Medicine in Ann Arbor, USA and a highly regarded cardiology expert.

Dr Gordon H Williams, Professor of Medicine at Harvard Medical School since 1981 and heading a research group focusing on the genetic aspects of diseases within cardiovascular, endocrinology, diabetes, and metabolism.