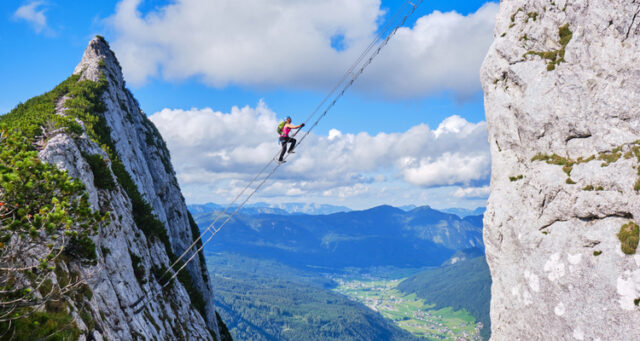 6 July, 2021
In its recently released Q3 report, Xintela offered no real surprises. The market update shows, however, that behind the scenes the company has been completing many meticulous steps necessary in preparation for the final transition to become a clinical stage development cell therapy company. Meanwhile, the recent 8 MSEK loan provided by Bauerfeind AG is an important vote of confidence which strongly indicates a long-term commitment from the major shareholder.

Xintela is developing an osteoarthritis (OA) cell-therapy product, which has proven attractive for investors, particularly Bauerfeind AG, one of the largest orthopaedic equipment companies in Germany. In addition to investing a whopping 50 MSEK in 2018, thus becoming a major shareholder, Bauerfeind recently provided a 750,000 Euro loan to Xintela on favourable terms. This secures a prolonged period of smooth sailing for the cell-therapy initiative, which has generated positive results in preclinical animal studies and is now fast approaching clinical trials.

XINMARK technology – a unique base for novel stem cell therapy

OA is a degenerative joint disease that affects 630 million people globally and 25 per cent of the population over 45 in Sweden. Xintela’s patented XINMARK technology is used as a means of selecting specific mesenchymal stem cells of superior quality, aimed at developing a cell-therapy solution to treat damaged cartilage through an injection into the affected joint.

Being a one-step procedure requiring no surgery, a stem cell treatment such as this one could provide patients with a less invasive therapeutic option.

Furthermore, Xintela’s off-the-shelf stem cell product called XSTEM-OA is born out of healthy fat tissue donations. The company explains that one donation of cells, which can be cultured in large volumes, will have the potential to treat many patients, thus being a very cost effective alternative to surgery and providing relief from some of the burden that OA poses on the health care system.

There is currently no product that can treat the disease directly, so the arthritis market is still dominated by anti-inflammatory and pain-relieving drugs. However, the global OA treatment market is expected to grow sharply from close to 6 BUSD in 2018 to more than 10 BUSD by 2025 as new therapies for OA become available. Until then, patients are forced to treat the symptoms of pain and inflammation or, as a last resort, to replace the joint(s) through prosthetic surgery.

Bauerfeind AG is confident Xintela is onto something big

As mentioned above, Xintela’s OA project has attracted the attention of the major German industry player Bauerfeind, which appears willing to bet big on the future success of Xintela’s technology. The most recent move came in November, when Xintela received a loan in the order of 750,000 EUR with very advantageous terms, running at an annual interest rate of 3 per cent. Payment of the loan by share conversion at the rate of 6 SEK per share, which is significantly higher than the current share price of 4,22 SEK, is due on December 31, 2019.

»The loan gives us the opportunity to continue working towards long-term financing solutions and to evaluate new opportunities and areas where our companies can deepen cooperation in the future« — Evy Lundgren-Åkerlund, CEO of Xintela.

Bauerfeind invested 50 MSEK into Xintela in a targeted share issue carried out at the end of last year, thus making them Xintela’s largest owner. The collaboration between the two companies has progressed, seemingly without any major hurdles, and the loan signals a continued strong interest on Bauerfeind’s behalf to see that Xintela’s upcoming clinical trial gets off to a good start.

The initial interest from Bauerfeind to invest in Xintela was no doubt further elevated by the fact that Xintela has built their own GMP facility for stem cell production. This gives the company both flexibility and full control over product development and a cost-effective production solution, as well as independence and unique competence in GMP production, something that very few companies are able to brag about.

According to Xintela, this advantage continues to be a major factor in attracting the interest of potential collaboration partners. Furthermore, in its Q3 report, the company emphasised constant preparations made to finalise the production process  and quality documentation before applying for a production permit with the Swedish regulatory authorities.

A central part of Xintela’s production development is the selection step, in which a specific antibody is used to purify high quality stem cells from the donated fat tissue. This antibody will also be used in the production of the company’s stem cell product, and there are thus strict regulatory requirements on how the antibody is made and produced. For this purpose, Xintela has contracted BioInvent.

Also based in Lund, BioInvent is a company with extensive experience in antibody development and production for clinical use. They have successfully developed and produced the antibody that will be used as a crucial tool for producing Xintela’s stem cell product, which meets all requirements of safety, quality and documentation.

Another important contract was signed with the clinic that delivers donated fat tissue for Xintela’s stem cell production, thus ensuring the delivery of adipose tissue according to the relevant criteria.

In addition, the Xintela team have reportedly successfully completed all critical steps in the process from stem cells isolation from adipose tissue to selection, expansion and formulation of the stem cells under strict GMP conditions.

Thanks to its proprietary XINMARK technology, an independent stem cell production facility, and strong investor backing alongside strong collaborations with leading industrial partners, Xintela seems set to move forward comfortably as the company approaches clinical trials with its stem cell therapy candidate for treating OA. The 8 MSEK loan from Bauerfeind should, however, be viewed primarily as a short-term solution securing the immediate cash flow, and we would expect the company to present an update regarding a more long-term financing solution in a not-too-distant future. It will be of interest to see which role Bauerfeind, as the current major shareholder of Xintela, will play in such a scenario. 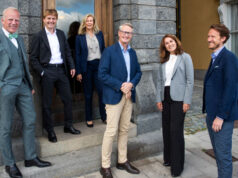