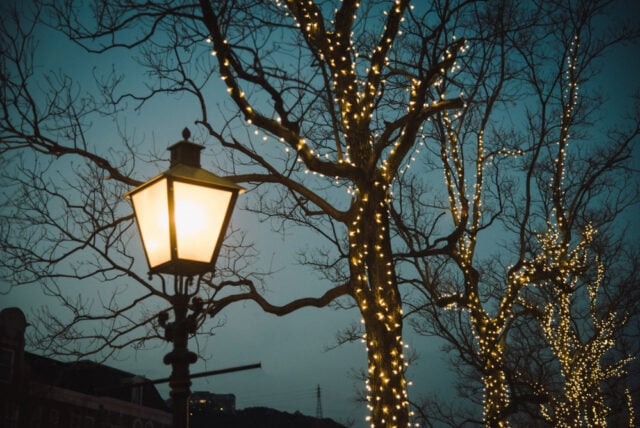 Aptahem, which is developing an emergency medicine for the treatment of sepsis, carried out an oversubscribed rights issue in October. During the next year, redemption of two warrants await,s and the company is full swing to complete the final development steps in the preclinical program before reaching the clinic. CEO Mikael Lindstam share his view about this task and other activities next year, before the phase I study can begin.

In October, the Malmö company Aptahem raised SEK 32 million in a rights issue that was oversubscribed to 116 per cent. Thus, cash was secured to be used primarily to complete the second round of substance production for the GLP tox studies and the start of these. Other parts of the proceeds will go to internal studies, administration, business development and not least to complete potential scientific articles and possible patent opportunities.

With the successful redemption of the two warrants in 2021, the GLP tox can be completed and Apta-1 produced according to GMP standards and all necessary regulatory preparation so that an application can be submitted to obtain permission to initiate studies in humans.

The warrants are the next financial point

The CEO is already looking towards 2022

Mikael, Aptahem has now turned six years old, but 2020 has indisputably been the most eventful year so far. What do you think has defined this year if you look back?

– To sum up the year in a concise way: we have understood how fantastic our drug candidate Apta-1 really is thanks to the development team’s persistent work under the management of the company’s CSO, Luiza Jedlina. We have seen and known about this for a long time, but this year several insights have been gained from new studies – both in terms of results and statistics – and from diligent evaluation work of an enormous amount of data that shows even more clearly Apta-1’s potential. In retrospect, with the nevertheless limited resources we have had access to, we have created an incredible platform of secured data and understanding – so a great compliment to everyone who has been part of this work – there is a fantastic teamwork behind our success.

– We must also remember that Aptahem has had to carry out completely new basic research to understand our drug candidate’s unique mechanisms since the start of the company and even more from the initial results of these studies after the strategy decision to target Apta-1 towards sepsis – a huge achievement by Aptahem.

– During this year, we have become more and more noticed in scientific circles, and that is of course due to the gained understanding of Apta-1. This has been just as useful for the discussions with potential commercialisation partners that we have had with our drug candidate.

Looking ahead, if everything goes according to plan, and the pandemic hopefully subsides in the coming months, then what will be your most important focus and what do you hope to put under Aptahem’s tree next Christmas?

– Under next year’s Christmas tree, I hope to be able to add a finished GMP batch and a completed and fully reported GLP tox study. Already in the Easter basket, I hope to have been able to announce at least preliminary results from the Covid-19 study in Toronto and reported partial results from our collaboration with Örebro, and also to have received initial results from the Seattle studies. Speaking of Örebro, we have recently been presented with interesting but preliminary results that seem to confirm our own, as well as the studies we performed together with Seattle, which was a nice early Christmas present for us coming from the top-notch work by the Örebro team that will continue in 2021.

– So, under the scientific 2021 Christmas tree, it will be extremely exciting to see the outcome of all projects. We also hope to be able to start new exciting scientific collaborations next year. Articles in scientific publications and presentations at scientific conferences should hopefully also be included in the packages and perhaps new patent applications. The preparations for the phase I study will have come a long way, as well as the formulation work. As far as substance production is concerned, we will have gathered further important experience and knowledge. The possible discussions we will have had with potential licensing partners will have been intensified and concretised. However, all this is based on a successful outcome of the warrants during the spring.

By next Christmas, Aptahem and Apta-1 will be an even more well-known concept for many in both the scientific and commercial spheres that have to do with sepsis, and hopefully we can be a little more visible in the media’s spotlight.

In conclusion, if everything goes your way, the most important milestone in the company’s history awaits, the first studies with Apta-1 in humans. What challenges and opportunities do you see in front of you in 2022?

– It will be to carry out the clinical study in a successful way, and with a positive outcome. There are always plenty of challenges in our business, for example that we have designed the study in an optimal way and that it will be approved by the regulatory authorities and that we have a CRO that is right for the implementation. There is a possibility that we will have succeeded in showing that Apta-1 is a safe drug candidate for the treatment of sepsis so that we can plan for a phase II study in affected patients.

– We do however mostly see opportunities for the future and strongly believe in Apta-1’s potential to become the new treatment for life-threatening situations caused by hyperinflammatory conditions that, for example, occur in viral and bacterial infections and which can lead to sepsis. Developing a working drug to treat sepsis and sepsis-like conditions and thereby save more lives and prevent the lifelong side effects a sepsis survivor can experience is our absolute goal.

– I wish everyone a very Merry Christmas and a Happy New Year and look forward to an informative and eventful 2021 for Aptahem!