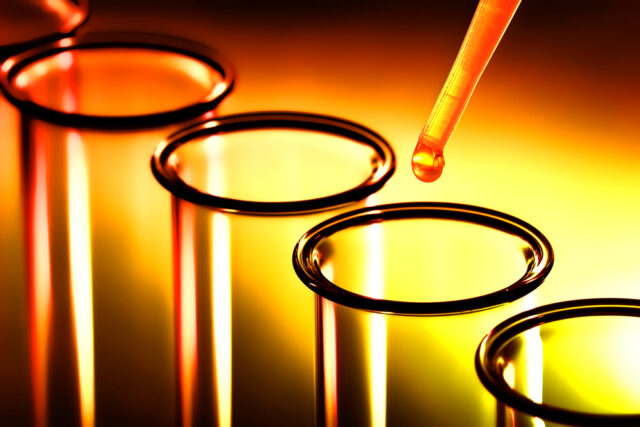 Aptahem has recently published an abstract containing data on its lead drug candidate Apta-1, which is being developed as an emergency treatment for sepsis. The abstract summarizes the current view of the effects of Apta-1 in vivo. The studies have identified Apta-1 as an anti-coagulant, an inhibitor of hyperinflammatory response and an inducer of tissue repair by significant increased levels of Pentraxin-3. BioStock contacted Aptahem CSO Luiza Jedlina and Anders Bylock, CMO and chairman of the company’s scientific advisory board, to find out more about the results.

Apta-1 is Aptahem’s lead drug candidate, which is being developed as an emergency medicine for sepsis, a disease that affects 49 million people annually, of which 11 million lose their lives.

In previous studies, the Swedish company has been able to demonstrate that Apta-1 has a multifunctional effect. Unlike current treatments, Apta-1 was found to have anti-inflammatory, anti-coagulant and generally antagonizing effects on deregulated immune response. All of these are highly interesting properties for a candidate to be used for the treatment of sepsis. The company has also seen data of significantly improved survival in accepted animal models for sepsis and sepsis-like disease states.

Taken together, these findings show that Apta-1 has the potential to counteract the adverse effects that occur when infections reach the bloodstream, such as tissue damage, leaking vessels, decreased blood pressure, and an insufficient oxygen saturation of vital organs.

Last week, Aptahem published an abstract accepted for poster presentation at the International Symposium on Intensive Care and Emergency Medicine (ISICEM) in Brussels. Like all other in-person conferences, also this meeting was postponed due to the ongoing Covid-19 pandemic. Instead of waiting for a new date to host the event, the organizers agreed with collaborator Critical Care Magazine, a highly-ranked journal in the category of critical care and intensive care medicine, to go ahead and publish the new research findings from approved contributions.

The title of the published abstract is “A novel protein-binding RNA aptamer, Apta-1 – a new therapeutic tool to combat sepsis” and the lead author is Aptahem’s Chief Scientific Officer, Luiza Jedlina.

In the study, the research team investigated Apta-1’s in vivo effects on coagulation, inflammation, and tissue repair. These three immune defence mechanisms are deregulated when an individual suffers from sepsis or systemic inflammatory response syndrome (SIRS).

The study was conducted on non-human primates, rats and mice in established in vivo models of thrombosis and endotoxemia (adding bacterial endotoxins into the blood stream).

BioStock turned to the lead author, Luiza Jedlina, to get a more in-depth description of the study and its results. Luiza, in the study you have confirmed that Apta-1 has an anti-coagulant effect, can inhibit hyperinflammatory responses of the host immune system and also promote tissue repair. Thus, you conclude that Apta-1 acts on different proteins at the same time. Can you guide us through this?

– It is indeed quite unusual for a drug candidate to display so many in vivo effects. In order to understand the findings, I need to emphasize two features of Apta-1. Firstly, Apta-1 will not enter into the cells, thus avoiding the risk of introducing permanent changes to genetic information.

– Secondly, Apta-1 binds to a specific amino-acid region rather than a specific protein. This amino-acid region can, however,be found on different proteins. These proteins carry multiple functions within host defence mechanisms against infections and inflammation. Some of the proteins extend blood clotting times, hence the observed anti-coagulant effect of Apta-1. Other proteins modulate inflammation from the observed inhibition of hyperinflammatory response by Apta-1. A third group of proteins Apta-1 interferes with involve proteins promoting tissue repair.

»Based on our current knowledge of Apta-1 effects and the recent publications in these fields, we can say that it would be interesting to see if Apta-1 could have a direct or indirect potential against viruses given its multifunctional properties. But our plans right now is to continue to focus on the sepsis effects as our lead candidate Apta-1 is being developed as a treatment of sepsis« — Luiza Jedlina, CSO Aptahem

Mice exposed to bacterial endotoxin were monitored for survival during 72 hours. Mice treated afterwards with Apta-1 reached a survival rate of up to 80 per cent. This can be compared to a 10 per cent survival rate among those who received no treatment. In your opinion, what do these results indicate for potential therapeutic effect of Apta-1 in SIRS and sepsis?

– These are important results indicating a major improvement of survival in systemic inflammatory and potentially also in septic conditions. It becomes even more exciting knowing that the survival rate is Apta-1-dose dependent. To simplify, it indicates that in this model the higher Apta-1 dose applied, the higher survival rate. Altogether, such an improvement in survival rate like the one we observed in this mouse study is seldom seen in this field.

– SIRS as well as sepsis are very complex pathophysiological conditions characterized by dysregulation of several mechanisms in the host immune response. Apta-1 therapeutically targets not only one but three of these mechanisms, i.e. blood coagulation, inflammation and tissue repair. Counteracting all three mechanisms is likely the main reason behind the high survival rate observed in mice. This exact feature makes Apta-1 unique among other candidates.

Perhaps the most exciting finding is that you found rapid and significant induction of Pentraxin-3 after Apta-1 treatment. Pentraxin-3 is an acute-phase protein involved in inflammatory and infectious processes. Can you tell us more?

– Before I go into explaining the role of Pentraxin-3, it is important to give some background on how we look at the immune system.

– Innate immunity mediates its action via ancient protein families, such as pentraxins.  Pentraxin-3, which is a key protein in the innate immune response, is rapidly secreted by many different cell types, and it recognizes conserved pathogen patterns and thus pathogens in general. Such mechanism resembles the function of antibodies in adaptive immunity, and, for this reason Pentraxin-3 is one that could be called an ancestor of antibodies. Apart from pathogen recognition, Pentraxin-3 also controls pathogen clearance and tissue repair, among other immune responses.

– It is a very exciting result for any drug candidate to trigger a protein like Pentraxin-3 with such a broad spectrum of effects.

Luiza, let me get this straight. Administration of Apta-1 induces Pentraxin-3 and Pentraxin-3 recognizes and could potentially be a strong force in killing pathogens, does that include viruses? And, in that case, do you see any potential effect of Apta-1 on viruses?

– It has only been a few days since the abstract was published but our team at Aptahem have, however, been discussing this topic over the past weeks given the COVID-19 virus outbreak as it’s an interesting and related area to sepsis.

– Based on our current knowledge of Apta-1 effects and the recent publications in these fields, we can say that it would be interesting to see if Apta-1 could have a direct or indirect potential against viruses given its multifunctional properties. But our plans right now is to continue to focus on the sepsis effects as our lead candidate Apta-1 is being developed as a treatment of sepsis.

– Sepsis has been reported to be a common complication in seriously affected virus patients. Thus, effective treatment against sepsis could potentially decrease mortality associated with a viral infection. Whether that would also include a virus like COVID-19 remains to be seen.

Finally, let’s return to sepsis, which is a critical, life-threatening condition where patients are very fragile. The seriousness of this condition probably means that regulatory authorities will require a very good safety and a favorable toxicity profile to approve new drugs for this indication. How do you reason around this in the plans for future studies in humans?

– This is outside my core competencies and Aptahem’s CMO Anders Bylock, our expert on these regulatory issues and clinical trials could better answer this question.

– The toxicity profile of Apta-1 that we have seen this far does not indicate any major threats. It is correct that sepsis patients are in a fragile state and the unmet need is extremely high. Drugs targeting this condition must not worsen an already critical situation. However, as in all treatments used in highly threatening situations, some adverse effects could still be justified provided that the net effect is still positive.

– To give an example: a drug that improves parameters that are vitally important to a patient in the critical moment, such as prolongation of the time available for proper diagnosis, counteraction of organ damage/failure, need for extended critical care or even lowering of mortality could still have some adverse effects. Under those circumstances, usually non-acceptable side effects may become acceptable as long as the net balance is positive vs. the clinical benefit shown.

– I believe that if clinical results in patients treated with Apta-1 would reflect the results indicated in our animal experiments, these would likely support both approval and clinical use. Also, we are sure regulatory authorities would recognize the net value given the enormously high unmet clinical need in sepsis if the study result backs it up. The choice of patients in future studies will, of course, take fragility into account.