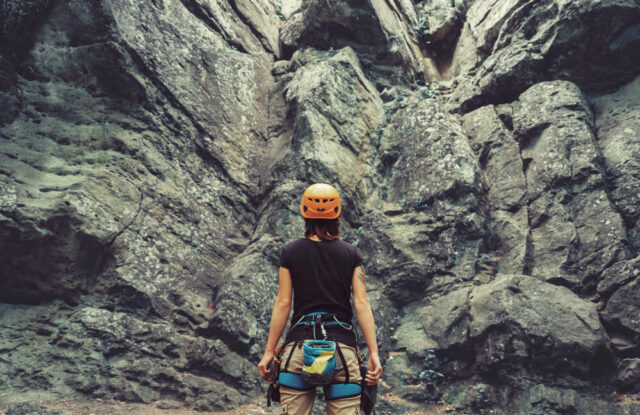 Abliva can look back on an eventful year, which was marked by the strategy shift towards treatments for mitochondrial diseases made last year. Several important milestones have been passed – including two successful rights issues that together raised 74 MSEK. The company has also received green lights from the FDA and MHRA regarding an accelerated development plan, and it is now working intensively to realize that plan during the year to come. BioStock has spoken to CEO Erik Kinnman to hear his thoughts on what to expect next for Abliva.

Abliva is currently conducting a phase I a/b clinical study with its main candidate KL1333, in which a large portion of patients have been dosed. In 2020, the company received the go ahead from both the FDA and the MHRA for an accelerated development plan whose main component is approval to conduct a merged phase II/III study. The candidate has previously been classified as an orphan drug in both Europe and the US, which can be seen as further evidence of the quality of the project and the importance that the authorities place on treatments for this type of rare disease.

Preparing KL1333 for the next phase

The plan is for the phase II/III trial to start in the second half of 2021. In the meantime, Abliva has set in motion plans for several companion studies necessary for the start of the main trial. A drug interaction study (DDI study) has already been initiated and in addition to that, the company has also planned for a qualitative validation study of specific patient-reported endpoints, a clinical dosing study, and a patient registry study.

Aiming for clinical studies of NV354

Abliva’s other main project, NV354, is being developed for the treatment of Leigh’s syndrome, which is the most common mitochondrial disease among children. Preclinical safety studies are currently underway, and it is expected that clinical studies will commence in 2021.

To enable the accelerated development work with primarily KL1333, Abliva this summer raised capital in two rounds. In May, a rights issue raised 54 MSEK and shortly thereafter the investment company Hadean Ventures showed its confidence in the project by providing 20 MSEK in a directed issue. At the end of the third quarter, the company’s cash and cash equivalents were approximately 73 MSEK.

In light of the investment needs that the phase II/III trial brings next year, the board has initiated a process to secure additional funding. In its Q3 report, the company says it is exploring various possibilities, including trying to attract more international capital to the company.

As the focus now is directed towards primary mitochondrial diseases, the company has announced the intention to license the rights to develop and commercialise NeuroSTAT in a wholly owned subsidiary in the US. The candidate, which is being developed to counteract neurological and functional injuries that occur after a traumatic brain injury, has shown positive results in a clinical phase Ib/II study. Funding via soft money and/or partners needs to be secured before the next step is taken.

BioStock has contacted Abliva’s CEO Erik Kinnman to get is view on 2020 and what he sees for the coming year.

First of all, Erik, how would you describe the year 2020 for Abliva?

– It has been a successful and important year, both for Abliva with the new focused strategy on primary mitochondrial diseases, and the success of our most important project KL1333.

Next year you are expected to start your phase II/III study with KL1333, a quite resource heavy step in the development process. What is your view on the financial situation for the upcoming study?

– We will need to raise capital to fund the study. The project is a great opportunity to make a difference for the patients we are targeting, and the study will, provided the results are positive, set us up for marketing approval. This makes us confident in finding suitable funding.

Recently, a major investment was announced in your competitor Reneo Pharmaceuticals, and there have also been several major deals in your area in the past. What interest have you noticed in your development projects?

– We already have interest from both potential partners and specialist investors. The growing interest in projects in primary mitochondrial disease, orphan drugs and the fact that KL1333 in 2021 will be able to take a major step forward in the development process will of course increase interest.

Part of the new strategy launched last year is to find a partner for the NeuroSTAT project. Can you give us an update on that?

– We have expanded our cooperation with American TRACK-TBI and initiated discussions on them possibly starting a phase II study based on our IND (FDA has approved the existing preclinical, production and clinical documentation, as well as the protocol for the intended phase II study). In that case the study will begin in 2022 if approved by the US Department of Defense (DOD).

What do you see as the most important thing for Abliva in 2021?

– Firstly, to deliver the preparatory activities for the start of the phase II/III study; secondly, to secure funding for the study; and thirdly, to initiate the study in the second half of 2021.

What are your expectations for the coming year?

– We are excited about 2021. There will be a lot of work in delivering this year’s activities and we need to roll up our sleeves. At the same time, we are in a good position to become a company with a project in the final phase before market approval by the end of the year. This is in an area where there are major medical needs and a significant interest in the capital market.