Home Interviews Abliva has strengthened its position during 2020 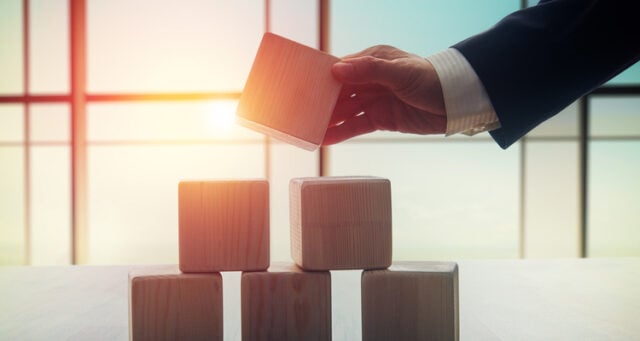 For Abliva, the first half of the year has meant a continuation of the process that began in autumn 2019 when the company decided to focus its work on primary mitochondrial diseases. In 2020, its position has also been strengthened through a rights issue and the addition of well-regarded life science investor Hadean Ventures to the owner list. BioStock contacted CEO Erik Kinnman to hear more about the past six months and what he expects from the rest of 2020.

Abliva develops treatments for primary mitochondrial diseases, which tend to cause very severe symptoms and, in many cases, greatly reduce life expectancy. Just as for many other patients with rare diseases there are currently little or no treatments available today. The company has two candidates within this area in its pipeline; KL1333 and NV354. The main project KL1333 is being developed against MELAS and similar conditions and has already obtained orphan drug status in both the US and Europe. The next step is to initiate the last part of the ongoing phase Ia/b study where patients will be dosed with KL1333 for the first time. During 2021, Abliva plans to conduct a phase II trial. NV354, which is a treatment against Leigh’s syndrome, has shown promising results in preclinical studies and is now being prepared, after final safety studies, to begin clinical development in 2021.

During the first six months of the year, Abliva has continued to focus on its projects in primary mitochondrial diseases while reducing the pace of its other projects. As part of this strategy the company changed its name in May, having previously been called NeuroVive Pharmaceutical the company now goes by the name Abliva.

This year’s most notable news came at the end of April when Abliva announced that leading life science investor Hadean Venturesinvested 20 million SEK through a directed rights issue. This is both a financial message of strength and can be seen as a seal of quality for Abliva’s work as the investment followed a careful evaluation of the potential of both the company and its individual projects.

It should also be mentioned that during the spring, Abliva further strengthened its finances through a rights issue that provided the company with approximately 67 million SEK before issue costs.

In line with the focus on primary mitochondrial diseases, Abliva in March announced a new strategy for NeuroSTAT, a candidate aimed at counteracting neurological and functional damage that occurs as a result from traumatic brain injury. The candidate has shown positive results in a clinical phase II study that looked at safety, tolerability and pharmacokinetics, and has orphan drug status in both the US and Europe. This open patient study also showed a first sign of positive effects on nerve cells in the brain. In order for NeuroSTAT to reach the next level, Abliva will now license the rights to develop and commercialise the candidate to a wholly-owned subsidiary in the United States after financing of the phase IIb efficacy study, which is ready to begin, has been secured through soft money and/or partners.

BioStock has spoken to CEO Erik Kinnman about the year so far and what awaits the company next.

Erik, what according to you make Abliva an interesting company?

– We have a clear focus in one area, primary mitochondrial diseases, where there are major medical needs and opportunities to quickly

reach the market with limited investments partly because of the use of orphan drugs. There is a growing interest in and understanding of the area, limited competition, and we have extensive experience as well as a well-developed network.

What has been the most important event in Abliva during the first half of 2020?

– Firstly, that the KL1333 project underwent a second clinical study in healthy volunteers. The overall results have been positive in terms of safety and what happens to the drug in the body.

– In addition, it is gratifying that our increased focus on primary mitochondrial diseases has been well received. Not least by the fund Hadean Ventures, a recognised specialist investor.

Have you been affected by the Covid-19 pandemic in any way, and, if so, how have you handled that?

– The start of the phase Ib part of the ongoing phase Ia/b KL1333 study has not been able to commence as planned this spring due to the ongoing Covid-19 pandemic and the risk it posed for patient safety. Clinical trials in England are now starting again and we hope to initiate the remaining patient part of the study this autumn.

– At the same time, we have ensured that this part of the study is not absolutely necessary for the continuation and thereby could risk delaying the KL1333 project.

Your plan has been to start the phase II study with KL1333 during the first half of 2021. Is that plan still in place?

– It is; planning and preparation including government contacts and the production of clinical trial material is not affected by the Covid-19 pandemic and continues according to plan.

What is the status in the NV354-project?

– NV354 is also progressing according to plan towards entering also this project into clinical development next year as well. The focus is now on completing the preclinical safety studies.

In March, you announced that the rights to develop and commercialise NeuroSTAT will be out-licensed to a US subsidiary. You have previously communicated that you are working to get financing in place and that the plan is to establish the new American company during the second half of 2020. How is this work progressing and is it your assessment that the company will be established according to plan?

– We are in discussions with institutions that can contribute soft money as well as with potential partners about the financing of the planned phase IIb study and the plan is still, provided this is successful, to establish an American company around NeuroSTAT in the second half of the year.

This year you have completed both a rights issue and a directed issue to Hadean Ventures. How is the total sum raised from these issues to be distributed?

What does Abliva’s financial status look like at present and how long do you expect the current funds to last?

– With the funds received, we will be able to take KL1333 through the phase Ib study as well as all preparations for the start of phase II. Also safety studies and production development in the NV354 project as part of the preparation of taking this project into clinical development.

Which milestones do you expect to achieve during 2020?

– It is important to analyse the results from the KL1333 Ia part and thereafter the Ib part. Furthermore, we hope to achieve preparations for phase II as well as receiving results from the preclinical studies with NV354.

Finally, what are your plans for the summer?

– I will relax and enjoy the Swedish summer. It will be a mixture of swimming, books, exercise as well as some TV series primarily in Värmland where we have summer house.

– I will continue to respect the call for social distancing and urge everyone to be careful both for their own and others’ sake. Wish you all a wonderful summer!