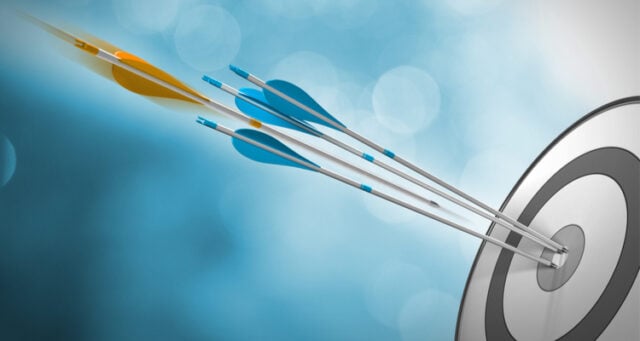 It would seem like Ultimovacs is on to something with its cancer vaccine UV1. New data from their phase I trial with UV1 and checkpoint inhibitor pembrolizumab in advanced malignant melanoma patients suggests that the combination increases survival times and reduces tumour size or makes tumours disappear. The full results, which will be presented at the ASCO conference in June, are a testament to the combination potential that UV1 has not only in melanoma, but in other cancers as well.

Immuno-oncology (IO) is the fastest growing pharmaceutical segment, driven mainly by therapeutics called checkpoint inhibitors (CPIs) – antibodies that help boost the immune system of cancer patients to destroy cancer cells. The whole premise behind IO is appealing because mounting evidence suggests that an immune system boost is the key to a successful bout with cancer.

Over the last decade, several CPIs have been approved by the FDA. According to a recent analysis by Global Data, checkpoint modulation is the most valuable IO sector, with a market valued at 24 BUSD globally in 2019 and forecast to reach 67 BUSD by 2026 (16 per cent CAGR), with Merck’s Keytruda (pembrolizumab) leading the market.

Combination therapy is the way to go

Unfortunately, CPIs are not perfect – they can cause serious side effects, and, too often, their efficacy rates are low, and, in some patients, they are not effective at all. Therefore, other types of IO are being sought out for use in combination with CPIs in order to boost the immune response even further, thus guaranteeing longer survival times for cancer patients.

Norwegian biotech Ultimovacs is working towards this goal with its universal cancer vaccine, UV1 – a type of IO able to increase the number of immune cells able to identify and destroy cancer cells and ultimately lead to the destruction of a tumour. The company’s strategy is to combine UV1 with CPIs and other classes of IO in order to mount a strong immune response against the tumour while simultaneously eliminating the tumour’s ability to repress this response.Thanks to UV1’s mechanism of action, it has the potential to be applicable across most cancer types. Read more about the company’s technology here.

One of the indications that Ultimovacs is targeting with UV1 through its broad clinical development program is advanced malignant melanoma. If caught early, melanomas are fairly easy to treat; however, if they become metastatic, prognosis is extremely poor, as about one third to one half of patients with metastatic melanoma do not respond to treatment, resulting in early death, even after introduction of immunotherapies. Thus, the need for improved therapies is still significant, and Ultimovacs is attempting to answer that call with UV1.

The company began an open-label phase I study in the US testing UV1 in combination with the aforementioned CPI pembrolizumab in melanoma patients in 2018, and enrolment for all 30 patients was completed during Q3 of last year. The patients were divided into two cohorts – 20 patients with UV1 using a low dose of the adjuvant GM-CSF (37.5µg) and 10 patients with UV1 using a standard dose of the adjuvant GM-CSF (75µg) – and the primary endpoint of the study was to measure safety of the two doses, while the secondary endpoints were efficacy parameters.

Last night, Ultimovacs announced the 21-month follow-up update from the first cohort of patients. These results show a 60 per cent objective response rate (ORR) (indicating the percentage of patients experiencing a tumour reduction or tumour disappearance), with all patients having been observed for at least 18 months and the median observation time being 21 months. Furthermore, median Progression Free Survival (mPFS) came to 18.9 months, while overall survival (OS) was 80 per cent.

Ultimovacs’ CMO Jens Bjørheim explained why he considered the data exciting in a recent press release:

»These very strong and exciting data further strengthen the foundation for our broad phase II clinical program for UV1. To show this level of beneficial clinical response while being safe and well-tolerated in combination with pembrolizumab underscores our development strategy to show that UV1 can provide a significant increase in therapeutic effect in a broad range of indications and combinations.«

This data greatly supports Ultimovacs’ broad phase II pipeline where UV1 is being tested in more than 500 patients in combination with four of the top five marketed CPIs and in a wide range of indications. Two of these phase II trials are being run in collaboration with big pharma partners (Bristol-Myers Squibbs for the NIPU trial and AstraZeneca for the DOVACC trial), and the new data presented last night opens the door to future collaborations in combination therapy. An overview of Ultimovacs’ clinical pipeline can be found here.

»These data reinforce our conviction that UV1 can play a transformative role in the treatment of conditions such as malignant melanoma. It suggests that UV1 in combination with checkpoint inhibitors like pembrolizumab can mobilize the immune system to fight cancer. This is very encouraging for melanoma patients and for those involved with the roll-out of Ultimovacs’ broader programs in solid cancers.«

The interim results from first cohort of Ultimovacs’ phase I trial in melanoma patients will be presented as an online poster at the American Society of Clinical Oncology (ASCO) 2021 Annual Meeting from June 4-8.