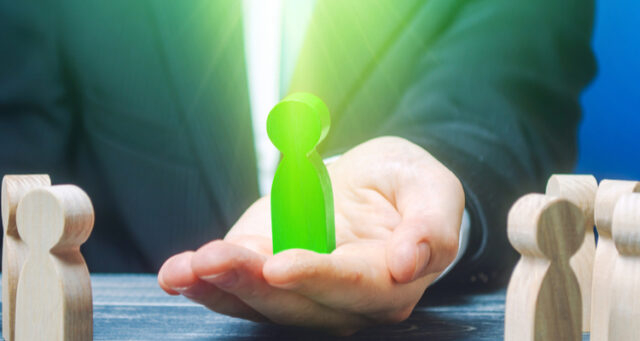 Xintela recently achieved an important milestone towards the goal of spinning out its subsidiary Targinta when Per Norlén was recruited as CEO and CMO for the company. Norlén has vast experience in early-stage drug development and antibody-based cancer drugs, which will be very useful in Targinta. BioStock reached out to Per Norlén to hear his thoughts on his mission to lead and develop Targinta.

Xintela is a biomedical company in Lund that develops stem cell therapies and antibody-based cancer based on the marker technology platform XINMARK. The cancer projects are run by Xintela’s wholly owned subsidiary Targinta, which is currently being prepared for spin-off. The goal is for Targinta to become an independent and self-financed company in 2021.

Per Norlén takes over as CEO and CMO

Recently, Xintela took a major step in the process of spinning out Targinta when Per Norlén was recruited as the new CEO of its subsidiary. Evy Lundgren-Åkerlund, the company’s current CEO, will remain in Targinta as CSO.

Norlén will not only hold the position of CEO of Targinta, but he will also take over from Sven Kili in the role of CMO in both Xintela and Targinta. Norlén will assume the role of CEO on 1 September and as CMO on 1 July.

Per Norlén is a physician, board certified in clinical pharmacology, with extensive experience and knowledge in drug development, especially in the early development phase. Norlén comes most recently from a position as CEO of Alligator Bioscience, also a Lund-based company located at Medicon Village. BioStock spoke to Targinta’s newly appointed CEO to learn more about his background, strengths and hopes for what is to come.

Per Norlén, would you like to start by telling us a little about yourself and your professional background?

– Thank you for asking. I am originally a medical doctor, associate professor and specialist in clinical pharmacology. This is a discipline in the medical profession that focuses entirely on drug use and notably drug development, which I have devoted the last 20 years to, at first in a healthcare setting, but for the larger part within the pharmaceutical industry. My main focus has been on the immune system and cancer, and ondeveloping antibody-based drugs from idea to clinical evaluation in patients.

What attracted you to take on the role of CEO of Targinta?

– Targinta has identified a target protein that is over-expressed on certain aggressive cancer cells and that is important for cell growth and proliferation. The company is now in a very exciting phase where the first drug candidates are being evaluated and are showing impressive results. Targinta has the potential to be the first company to develop a drug for this target.

– What also attracts me is the opportunity to both lead the company and to be deeply involved in the operations as CMO. And the opportunity to work with Evy. I have the greatest respect for her research and the way she has led Xintela and Targinta to where they are today.

BioStock has had the pleasure of talking to you before but in the role of CEO of Alligator Bioscience.What do you take with you from your time in Alligator?

– It has provided a solid foundation to build on. I have had the privilege of being involved in the development of a large number of therapeutic antibodies, through preclinical development and to clinical evaluation in cancer patients. In addition, I have had the opportunity to broaden my repertoire by being CEO and leading the company to an IPO, and through working in a public environment with investor relations and business development. All this comes very handy for where Targinta is right now.

What would you say are your main strengths as a company leader?

– I have solid expertise in drug development, am a good communicator and have historically been quite successful in creating well-functioning teams that work together to deliver on common goals. I believe that one of my main strengths is to create a sense of belonging, where everyone is seen and where everyone feel that they are an integral part of the company and essential for its success.

»I believe that one of my main strengths is to create a sense of belonging, where everyone is seen and where everyone feel that they are an integral part of the company and essential for its success«

– The key is the unique target identified through the extensive research conducted at Targinta and Xintela, i.e., integrin α10β1. By targeting this integrin, there is an opportunity to create completely new therapies for a range of aggressive cancers, such as brain tumours and breast cancers.

Finally, what are you most looking forward to with the new job and what do you hope to accomplish?

– I look forward to lead Targinta towards becoming an independent cancer company and, of course, throwing myself into the development plans for both Targinta’s and Xintela’s products. Professionally speaking, I look forward to be able to make use of my medical and scientific skills as well as my experience in business development and in taking a biotech company from the preclinical to the clinical stage.