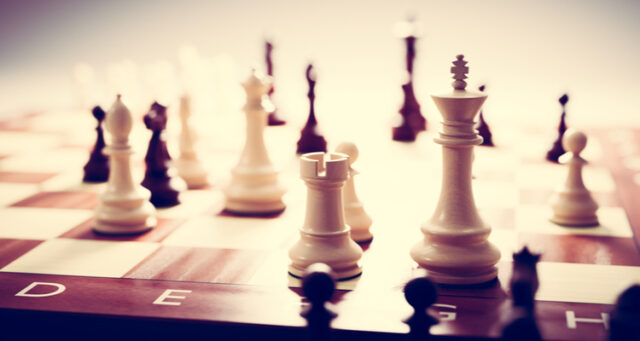 Kim Arvid Nielsen recently took over as CEO of the research company Follicum, at a time when the company stands at an important junction for its further development work. BioStock has spoken to the newly appointed CEO to get his view of the company and to learn more about which activities will be most important in the near future.

Lund-based Follicum develops drug candidates based on tissue repair peptides. The portfolio currently consists of two main projects where the candidate FOL-005 for the treatment of hair loss has advanced the furthest. In the second project, the company develops a candidate intended to protect insulin-producing cells from damage, thereby reducing the risk of secondary diseases associated with diabetes.

Conducts analysis for the next development step

In early May, Follicum announced that topline data from the phase II study with FOL-005 conducted in the spring did not show significantly better efficacy in hair growth compared to placebo. Thus, any further development of the candidate for general treatment of hair loss seems unlikely. The company will further analyse the final results and will also focus on exploring the possibilities to further develop FOL-005 towards other indications where promising preclinical results have been obtained.

This is the stage at which Kim Arvid Nielsen is coming onboard as the new CEO of the company. With his many years of experience in business and drug development from both large international pharmaceutical companies and smaller biotech companies, he hopes to guide Follicum in the continued development work.

»Follicum has a very exciting technical platform of tissue repair peptides. This, together with a very competent organisation and a good board of directors, means that the company has a good opportunity to achieve success with its projects« — Kim Arvid Nielsen, CEO Follicum.

Nielsen started his career as a trained doctor and practiced for a time as a general practitioner before entering the pharmaceutical industry – first in a role as product manager at what was then Pharmacia. This was then followed by several leading roles within a number of major pharmaceutical companies such as German Bayer, American Pharmion Coporation and Swiss Basilea Pharmaceutica. The focus was initially very much on business development and the commercial parts of the business, but as he became more engrained in the biotech world, more and more attention was paid to the drug development itself.

»Then I got the chance to be a part of funding and being the CEO of a small biotech company called Serentex Pharmaceuticals, where we developed drug candidates for the treatment of lung diseases. Here we made a really nice journey where together we got through the whole process of preclinical development, clinical tests up to phase II/III, which ultimately allowed us to sell the company in 2016«

Gives his view on the journey ahead

The experience from Serentex, among others, will come in handy when Nielsen now will lead Follicum’s development journey forward. BioStock has spoken to the newly appointed CEO to hear more about how he views the company and its development.

First of all, Kim, what attracted you to taking on the role of CEO of Follicum?

– During my years in the industry, I have worked up an understanding of what criteria a biotech company should meet in order to succeed in its development. In addition to having a promising technology, you must have the right skills in place in the organisation and be supported by a good board and a good scientific advisory board. The way I see it, Follicum ticks all my boxes.

Follicum recently announced top-line results with FOL-005 that showed no significantly better efficacy compared to placebo. What is you view on the company’s position today?

– One of the things I have learned in biotech is that leaning too much on one indication is associated with a very high risk. When I read up on Follicum, I noticed that a lot depended on the hair loss project, but I also saw that there were several exciting indications in the pipeline that can be quickly taken to clinic. If you have a good technical platform, it is important to ensure that you can use it on several indications that are equally exciting.

– And that’s the phase we are in now. Our first priority is to secure the investments and the work that has gone into FOL-005, where we have a really good topical formulation and where we have gone through toxicological studies and phase I. Now we are looking at how the candidate could be used on several other indications.

– Of course, you will be disappointed, if you have been a shareholder for a long time and have been looking forward to success in the hair loss project, and then do not see the progress you hoped for. You will ask yourself, what happens now? That is why our first priority right now is to answer that question.

– We have a very strong foundation in the technology platform and, as I said, we will prioritise the investments that has already been made in order to be able to resume clinical trials as soon as possible. Here I feel confident that we have an exciting development to look forward to.

– We should also remember that we have not yet received all the data from the phase II study. We will receive them in June and will analyse them to see if there is possibly any subgroup that can be exciting to explore, something we cannot rule out with the topline data presented so far. However, for the large overall indication of hair loss, the journey is over.

You also have FOL-026 and FOL-056 for the treatment of diabetes, these are in an earlier development phase. What is you view on that project?

– Follicum has worked very hard on the diabetes project, which is an early stage project where we have very exciting preclinical data. Here we work to gather all the data we have obtained so far. We aim to get this done by the end of the year to get a clear picture of how we can package the project in an interesting way to then find a partner.

– Sometimes you have to take the elephant in pieces, i.e. break things down into smaller components. A diabetes project, or more specifically NASH that we are targeting, is a large project that will require quite a lot of money to be able to complete. Our first task is to take our preclinical research as far as we can and then see if we have a real super project. After that, we can either find a partner, or target our owners to see if they are willing to support us in taking the project to phase II on our own. Here we will be able to report continuously to see what the value of the project looks like.

Given your background, what qualities do you think will be important in navigating the company forward?

– I think one of my strengths is my experience in dealing with the uncertainty that it entails to operate as a small drug development company, where the situation from month to month can look very different and you find it difficult to predict what will happen. It is about being able to handle many different situations and both feel and be able to convey security to the organisation – for example, not panicking when things do not go your way. At the same time, I think I have the ability to look a little further ahead in the midst of it all.

– Something that drives me as a leader is to work together with many different skills and get everything to play together. I usually see it as playing chess, where different forces should interact at the right time in order to be able to solve the tasks that are put before you.

If we look down the road, where do you see Follicum in two years?

– We have also started collaboration with other companies where they use our topical formulation for their peptide-based drugs.

– When it comes to our diabetes project, I see that we are close to the clinical phase; either in a strong partnership with a good pharmaceutical company, or well-funded and ready to advance the project further on our own.