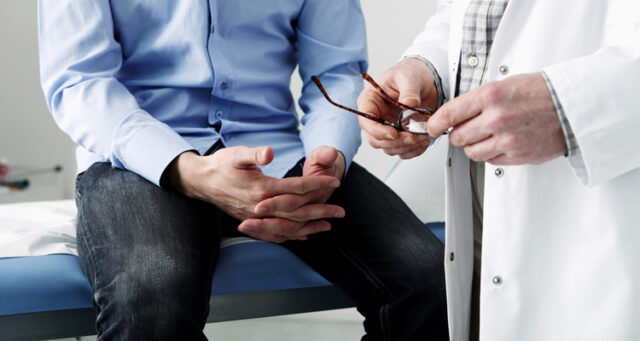 For the drug developer RhoVac, the first quarter was characterized by the continued pandemic effects and the company’s activities to counteract these. Several US cancer centres have started their participation in the ongoing phase IIb trial BRaVac, and the company has continued to see great interest in drug candidate RV001. BioStock contacted CEO Anders Månsson to learn more.

Lund-based RhoVac develops drug candidate RV001 for the treatment of prostate cancer. A phase IIb trial is currently being conducted, aimed at evaluating the extent to which treatment with RV001 can prevent or limit the development of metastatic prostate cancer after surgery or radiation.

Pandemic effects slowed down at the end of the quarter

When summarising the first quarter, the company notes that the pandemic continued to be a burden on the hospital systems around the world, but that it eased significantly towards the end of the quarter, not least in the US.

The company announced in early March that the trial was further delayed due to the ongoing Covid-19 vaccination campaign that, during the first quarter, was initiated for patients in the age group participating in the study. However, vaccination also opens the door to a higher recruitment rate in the future, as can already be seen in the US.

Looking at the financial results for the quarter, profit before tax came in at a loss of just over 11 MSEK, compared to a loss of 7.6 MSEK for the corresponding period last year. Sales landed at approximately 3.4 MSEK, and the equity/assets ratio amounted to 84.7 per cent. At the end of the period, the cash position was 76.6 MSEK.

New clinics included in the trial

The company has, partly in response to the effects of the pandemic, worked during the winter and spring to include new US clinics in the trial. The latest to start its participation was New York-based Mount Sinai, one of America’s oldest and most reputable hospitals. Recruitment is also expected to resume in the UK, and it is expected to continue in the countries that have managed to keep the trial going during the pandemic, despite the great burden on the healthcare system.

As it stands, RhoVac continues to approach full recruitment to the study, which is expected in the third quarter of this year. Primary study results are then expected in the second half of 2022.

Will follow-up the phase I/II study

In addition to the continued work on BRaVac, a long-term follow-up study will also be initiated in the patients who were included in the phase I/II study and who completed treatment in 2018. RhoVac is expected to report results in the autumn. In addition, preclinical studies and formulation development are also carried out.

Great interest in the project

RhoVac continues to receive great interest in RV001, the inclusion of Mount Sinai in BraVac being a clear example. After the company announced that it had received Fast Track designation from the FDA, the hospital immediately made contact to participate in the trial. Further signs of interest came during JP Morgan’s annual healthcare conference in January, where a large number of contacts with potential partners were initiated.

BioStock contacted RhoVac’s CEO Anders Månsson to get his view on the past quarter.

You have just released the report for the first quarter of 2021. What would you like to highlight?

– The Q1 report shows an increase in net sales, which mostly involves additional payments from the Horizon 2020 programme as the project progresses. The report also shows increased costs. This is fundamentally positive because it suggests that our phase IIb trial is now accelerating again after the problems related to the pandemic, which are now easing.

– This is particularly evident in the US and the UK. And some countries, such as the Nordic countries, have actually bravely continued the trial, month by month, even though the pandemic conditions have not always been the best. We can also conclude that, so far, we have had no defections in the study, which is a formidable result in these circumstances.

What is your view on the financial situation?

– We maintain a good equity/asset ratio and have enough money to finish the trial with existing funds.

What is your view on the interest around the project? What are the stakeholders paying the most attention to?
– There is not much immunotherapy in the prostate cancer area, so already there our project is relatively unique. And our reputation was, of course, been further reinforced by the fact that we were granted Fast Track by the FDA. Furthermore, it should be borne in mind that almost the entire market for drugs in prostate cancer is centered on a segment that mainly deals with hormone and chemotherapy for patients who have already developed metastases (secondary tumours).

– Our treatment aims to prevent the formation of metastases in patients with rising PSA after treatment of the primary tumour. This segment contains many times more patients, and if the development is successful, we may be completely alone in the segment. On top of that, our drug candidate is probably also applicable in other cancers.

– Our drug candidate and our unique concept of treating the cancer before new secondary tumours are formed, thereby avoiding the defence mechanisms that tumours can establish against immune system cells, occasionally attract attention in the international media, and this has led to greater attention among potential partners as well as among clinicians. The fact that Mount Sinai joined our study is a clear example of this. As we approach the results of the study, we will further intensify public relations in this area. It’s about timing in turning up the attention.

What do you see ahead of you for the rest of the year?

– We look forward with confidence to full recruitment in the phase IIb trial during Q3. We will get back with a more accurate forecast at the end of May. In parallel with the phase IIb trial, we are also running preclinical projects, formulation development, and, later in the month we are initiating a long-term follow-up of the patients who participated in the phase I/II trial that ended in 2018. The results of this follow-up are expected to be available as early as the autumn.

– Contacts with potential partners are ongoing. Later this month, we participate in the BioStock Life Science Summit.

Can you tell us more about what the preclinical projects are aimed at?

– We aim to provide a future partner with solid clinical evidence of the effect in prostate cancer, but also documentation that clearly indicates that the corresponding effect is also possible in other cancers. Further preclinical studies aim more to describe how the cytotoxic (cell-killing) effect is mediated by the T cells triggered by our drug candidate, RV001.