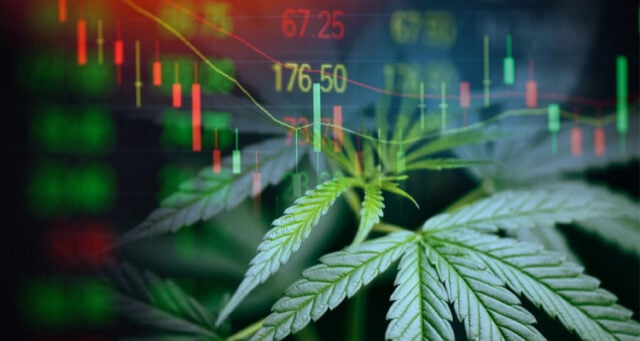 Danish pharmaceutical company DanCann Pharma’s first factory for the development and manufacturing of cannabinoids for a wide range of diseases has now been commissioned. CEO and founder Jeppe Krog Rasmussen tells us more about this milestone and the plans ahead. We also learn the reason why he has strengthened his ownership further in the company, as well as the reason why an option program has been issued for the executive management team.

In this high-tech facility that meets the high standards of the pharmaceutical industry, the company´s intention is to produce medical cannabis, based on the high pressure aeroponics cultivation technology developed by NASA. These new therapeutic cannabinoids will be commercialised for a number of disease indications where today’s drugs do not provide sufficient efficacy or for which there are no treatment options.

BioStock reached out to CEO and founder Jeppe Krog Rasmussenwho talks about the facility, his drive and commitment to the company and the option program that will spur company management in the work to drive the company forward in the long term.

Jeppe, your first plant BIOTECH PHARM1 is now ready, and production has begun. Can you tell us more about this facility and how it differs from other facilities?

– We wanted to build a fully cleanroom-like environment that is similar to traditional pharmaceutical production, with a cultivation system that was easy to use, provided a great degree of control over and visibility into the growth environment and had no soil or growing medium, which significantly reduces the risk of contaminants).

– Ultimately, by combining novel technologies like AI and aeroponics, DanCann Pharma has a fully automated cleanroom-like environment with aeroponic practices that ensures uniform quality and consistency.

You will also be focusing on rare components?

– Yes, that is correct. BIOTECH PHARM1 is centered around the development of unique genetic material before the launch of the facility, we had already run operations for the pre-selection of this material. Where other manufacturers have a strong focus on CBD and THC – something that we consider to be future common commodity – we focus our production on accelerating more rare components from the biomaterial, which is super exciting.

– In other words, the facility will produce raw materials (rare pharma-grade (GMP) phytocannabinoids (APIs) and thereby act as contractors / licensees for other – small and big – biotech companies (based on cannabinoids) and for future own supply.

What other advantages does DanCann Pharma have in the development of therapeutic cannabinoids, from a global competition perspective?

– We are centred around a pharma-based mindset, where the goal is to build a unique position through an IP-based strategy and the focus is on development through formulation (novel cannabinoids) and innovative delivery systems including strategic partnerships and acquisitions (for licenses and intellectual property rights).

– We do not believe that there is room for 10 players by simply bringing a ”no-brainer” oil to market that neither holds a protective position nor is a particularly good product seen with biodiverse glasses.

– Many of these who play on the same ball field around generic-like conditions are a grey zone, but without a doubt an interesting market seen with a short time horizon. But we are not just a short-term project or investment – we will also be here in 10 years.

Given that you are a relatively small company, you have completed the first production facility very quickly. What are the long-term ambitions for expanding the business with greater capacity?

– As previously stated, you will see DanCann Pharma develop its business scope – and we will focus on a broader portfolio of both approved and non-approved drugs with cannabinoids. Where we have previously been enormously focused and inspired by the Danish Pilot Programme – we have been forced, with respect for our shareholders and stakeholders, and especially patients, to focus on and think different in terms of other ways regarding the availability of drugs containing cannabis and cannabinoids. It has also led to an acceleration of our penetration of the European market. You can therefore expect a DanCann Pharma case which shoots wider and even faster.

Your goal is to become GMP certified in order to start exporting. Can you elaborate on this?

– Good manufacturing practice (GMP) is a system for ensuring that products are consistently produced and controlled according to quality standards. It is designed to minimize the risks involved in any pharmaceutical production.

– To be qualified to supply a product to the market for substances that are included in, among other things, medicines, you must have a GMP-certified facility. We expect to be able to have this around the end of 2021 – after which the first sales/exports can take place at the end of 2021/the start of 2022.

You founded the company to give those patients who do not get the desired effect of their previous drugs another chance. Do you think that they have been forgotten and that there is too little research in medical cannabis?

– Medical cannabis is an area where there is a great need to accelerate research, development, and documentation so that more products can be approved and available. Because right now, it is the patients who are the big losers, at least in Denmark.

– Patients are unfortunately a rather overlooked size among the stakeholders in the medical cannabis market, although they should be the primary target audience. Much of the sector in Denmark is all about exports, standards, and profitability, but for me to see, the focus should be more on the large group of people who need help. Put them at the center of development. All those who are abandoned by the system have resorted to alternative methods and products that may even be obtained illegally with all the challenges in terms of content, quality and price that come with it. It is, in my opinion, both unworthy and untenable. Hopefully, we will see a greater focus on this side with political glasses in the new evaluation, it is at least one of my biggest hopes.

As the founder of the company, you have had a large ownership in the company from the start, but you have also chosen to invest even more. Would you like to comment on this?

– Yes sure. DanCann Pharma is my little child whom I now just have chosen to share with many hundreds of other amazing investors, and I am happy, humbled, and admired for each and every one of them who support us in our journey towards a better future for many patients. It is always in my interest to expand my position in DanCann Pharma – and I will continue to do this – I have for a long time been subject to conditions that have meant that I have not been able to trade due to insiders. After breaking up with this, I have been active in the market, and until now bought up for approx. another 600,000 DKK, I do not have infinite funds, but everyone should know that I intend to have all my eggs in this basket and withdraw from everything else around passive investments. That is my goal – and after all I spend 99 percent of all my hours on this project, so everything else does not make sense to me either. I have so much faith in this project and our vision.

You recently chose to issue an option program to the executive management team; can you elaborate on why you made this decision?

– Of course, on behalf of the board I would like to express our satisfaction with the current management team – and for the same reason we have chosen to issue the option program for this team – therefore see this as a huge commitment to the team, by those we have put some incredibly solid and strong adds, which are complimented put together incredibly well. With these members on board of the team, I am incredibly confident about the future and the goals we have set ourselves as a company – both for patients and investors.