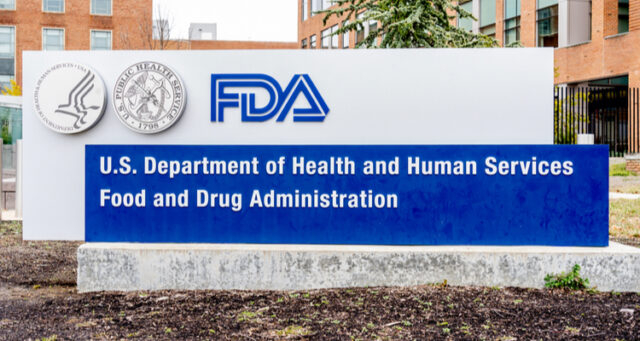 Saniona yesterday announced that the FDA has granted Orphan Drug Designation (ODD) for the drug candidate Tesomet in the treatment of Prader-Willi syndrome (PWS). BioStock reached out to Rudolf Baumgartner, M.D., Chief Medical Officer and Head of Clinical Development at Saniona, to get his view on this important milestone and in what ways the ODD will help Saniona going forward.

Collectively though, rare diseases are actually not rare. According to an article published in the European Journal of Human Genetics in 2019, the number of people worldwide living with one of the roughly 7000 identified rare diseases is estimated at 300 million, making it almost equivalent to the entire population of the United States.

This is also reflected in the Orphan Drugs Market, where the global sales are expected to reach 413 Billion USD by 2030.

»Having orphan drug designation has been proven to help aid in the approval of orphan drugs: in the 16 years prior to the Orphan Drug Act going into effect, the FDA approved only 34 drugs for rare diseases. Since the Act went into effect in 1983, the FDA has approved more than 600 orphan products!« – Rudolf Baumgartner, Chief Medical Officer and Head of Clinical Development Saniona

PWS is the most common genetic cause of life-threatening obesity and is caused by a deletion or loss of function of a cluster of genes on chromosome 15, leading to dysfunctional signalling in the brain’s appetite / satiety centre (hypothalamus). Patients are characterized by low muscle mass and early-onset childhood obesity, insatiable hunger, and developmental disorders. They suffer from a constant and extreme appetite no matter how much they eat. As a result, many of the patients die at a young age (30-40 years old).

There are no medications approved specifically for the insatiable appetite (hyperphagia) associated with PWS, and there is no cure for this disease. Treatment depends on symptoms and often includes hormone replacement. If obesity is avoided and complications are well managed, life expectancy for individuals can be improved.

Yesterday biotech company Saniona announced that the company has received U.S. FDA Orphan Drug Designation (ODD) for Tesomet in Prader-Willi syndrome. BioStock reached out to Rudolf Baumgartner, M.D., Chief Medical Officer and Head of Clinical Development at Saniona, who helps explain in what ways the ODD will benefit Saniona towards the next clinical step, a phase IIb study in PWS.

Rudolf Baumgartner, to start out with, ODD is by all definitions an important milestone in any biotech company, Saniona is no exception. In what ways will this special status from the FDA help Saniona going forward?

– Orphan Drug designation is granted by the Office of Orphan Products Development (OOPD) and is typically given to drugs or biologics intended for the treatment, diagnosis or prevention of a rare disease. And, as we know, a rare disease is defined as afflicting less than 200,0000 US patients.

– This designation has many benefits to Saniona and has been created to incentivize development of treatments in these very difficult areas. So, that ultimately, patients benefit. Some of the benefits include participation in the Orphan Products Grants Program which can provide funding for clinical research, tax credits, and waiver of certain FDA fees.

– Additionally, although it is not mentioned as much, one of the most important benefits of orphan drug designation, in my opinion, is the opportunity for Saniona’s clinical team to get additional agency advice and support, such as protocol assistance. This assistance is invaluable as it helps the Saniona team to better align the clinical development program with the agency’s perspective of what data needs to be created to allow the Division to make an informed decision on the eventual approvability of the treatment.

– Having orphan drug designation has been proven to help aid in the approval of orphan drugs: in the 16 years prior to the Orphan Drug Act going into effect, the FDA approved only 34 drugs for rare diseases. Since the Act went into effect in 1983, the FDA has approved more than 600 orphan products!

– Finally, orphan drugs that get FDA approval may be eligible for seven years of market exclusivity in the U.S., which can be a very valuable benefit.

You are currently planning to initiate a Phase IIb study with Tesomet in PWS during the first half of 2021. What work remains to be done before it can be initiated?

– Additionally, we have initiated multiple partnerships with the PWS advocacy community to ensure caregiver and patient feedback is incorporated into the trial designs and to provide the community with education on the upcoming clinical trials. We now need to continue our clinical site selection and manufacturing preparation processes. We will continue to work closely with the FDA on finalizing the design of the Phase 2b trial. We look forward to initiating the study in the first half of this year.

Saniona is also evaluating Tesomet for the treatment of hypothalamic obesity (HO), which is a very rare disease. You are currently planning to begin a phase IIb trial in this indication, also in the first half of this year. Are you hopeful that the ODD in PWS from the FDA could lead to yet another ODD in HO, given the similarities in these two rare diseases?

– Both PWS and HO are rare diseases with significant unmet need: there are no medicines approved for HO, and there are no medicines approved for the insatiable hunger/hyperphagia that characterizes PWS. In PWS, however, there are other pharmaceutical companies who are also developing potential treatments, and some of them had also applied for, and received, Orphan Drug Designation. Thus, a precedent exists in PWS.

– HO is different because there has not been a lot of research or pharmaceutical industry activity in trying to develop treatments for HO, so the FDA has never granted an orphan drug designation in HO. There is no precedent here; Saniona is attempting to pioneer a new trail. We have filed for orphan drug designation in HO but given the lack of precedent and the lack of visibility around this rare disease, we anticipate this process may require additional time.

– Even so, we see significant unmet need in the HO community also: it is estimated that between 10,000 and 25,000 people in the U.S. and between 16,000 and 40,000 people in Europe suffer from HO, and they experience rapid weight gain, hyperphagia, and many other symptoms that can decrease their quality of life and lead to significant morbidity and mortality. Thus, we continue to be dedicated to advancing Tesomet for HO as well as for PWS.