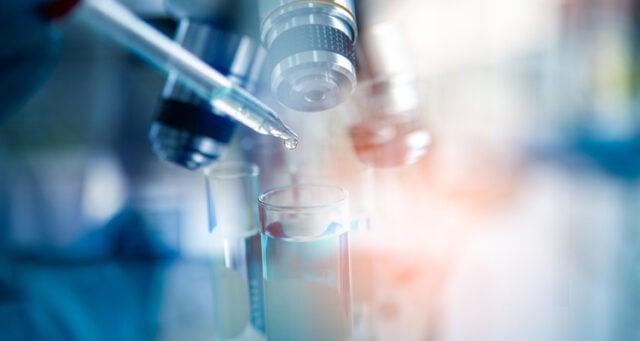 On Monday, CombiGene announced that all quality analyses of the gene therapy drug candidate CG01 have been successfully completed prior to the final steps of the preclinical program. To secure important competence for the clinical program with CG01, which is planned for next year, Esbjörn Melin has been recruited to the position as industrial post-doc. BioStock contacted CombiGene’s CEO Jan Nilsson for a comment.

The Swedish gene therapy company CombiGene is in late preclinical phase with the gene therapy drug candidate CG01, which is being developed for the treatment of drug-resistant focal epilepsy.

Last year, CombiGene was able to publish positive results from three studies that strengthen the company in the final preclinical steps, before the first-in-human trial can be initiated.

In 2020, the company also chose a production platform that allows production volumes to be quickly scaled up to meet a future commercial demand.

BioStock contacted CombiGene’s CEO Jan Nilsson for a comment on the latest news.

Jan Nilsson, this Monday the latest news update from the collaboration with the Spanish gene therapy manufacturer Viralgen was published. Can you talk about the analyses that have now been completed, and what significance they have for the final parts of the preclinical program?

– The many analyses performed on the CG01 material include a number of different parameters, such as purity, control of the amount of virus, pH value, stability and more. The material has now been released, which means that in the relatively near future we will be able to start the preclinical toxicology and biodistribution studies. The now completed production is also important from another aspect as it can be considered a successful general rehearsal for future GMP production.

The biodistribution and safety studies will be conducted by US-based NBR and British Neurochase. What has so far come out of the talks with these parties, ahead of the forthcoming stages of development?

– We started the collaboration with NBR and Neurochase quite some time ago and have thus had plenty of time to prepare these studies. Both NBR and Neurochase have extensive knowledge and experience and have both provided good input in terms of study design to ensure that the studies give us the information we are looking for, not least in terms of safety aspects. In 2021, NBR will work with biodistribution and toxicology in small animals, and Neurochase will work with corresponding studies in large animals.

You have been busy on the recruitment front, securing expertise in pharmaceutical manufacturing and clinical project management, and the other day Esbjörn Melin was hired as an industrial post-doc. What will Melin’s main tasks be, having previously worked in close collaboration with the company’s scientific founders?

– Esbjörn will be responsible for the development of an analytical method for measuring the biological activity of CG01 and, in parallel, also carry out other studies to establish further evidence about neuropeptide Y and its receptor Y2, the two active substances encoded in CG01.

Drug-resistant epilepsy is a widespread medical problem, which translates into significant market opportunities. You see a sales potential of up to $ 1.5 billion annually for CG01. What suggests, from the preclinical stage you are in today, that CG01 will be a relevant treatment alternative compared to current methods?

– The most important aspect of CG01 is that it offers an alternative for the group of patients who today receive very limited benefits, rom the drugs that are available today. A small group of epileptics is also offered a surgical procedure. Here too, we believe that CG01 can play an important role as a much less invasive treatment method. But the most important thing is that CG01 has the potential to fill a very large gap in the therapeutic landscape for those patients who do not respond to standard epilepsy medication.