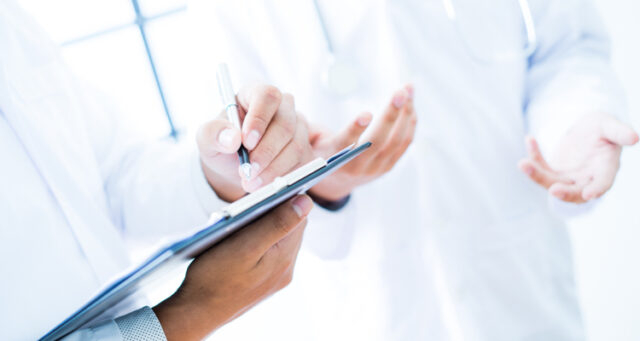 After presenting their 2020 Q4 report, Ultimovacs immediately turned their attention back to 2021 by announcing the initiation of a new phase I study, TENDU. The TENDU trial is aimed at testing the company’s TET-platform in prostate cancer patients. The platform is based on innovative patented technology that has the potential to generate multiple cancer vaccine candidates.

Ultimovacs presented its Q4 report last week, which outlined the strong progress made by the company in the latter months of 2020 despite the ongoing Covid pandemic. BioStock covered the progress here.

During the live webcast of the Q4 report, CEO Carlos de Sousa, CMO Jens Bjørheim and CFO Hans Eid also touched upon some of the company activities that have already transpired during 2021, as well as some to come, including a first clinical trial to test the TET platform.

In addition to the universal vaccine, UV1, Ultimovacs is developing novel vaccine products based on the patent-protected technology called Tetanus-Epitope Targeting (TET). The TET platform is a delivery system based on an adjuvant to which vaccine peptides can be added in order to boost an immune response. It offers a promising approach to strengthen and increase T-cell responses against cancer-specific peptides by combining antigens and the vaccine adjuvant in the same molecule, allowing for a beneficial safety profile and simplifying administration.

Shortly after presenting their Q4 report, Ultimovacs announced the initiation of the TENDU clinical trial –   a first-in-human, phase I study testing the TET platform. The trial is being conducted at Oslo University Hospital and evaluates the safety of the vaccine in prostate cancer patients who have relapsed after radical prostatectomy. Overall, 9-12 patients are expected to be enrolled.

»By offering Ultimovacs’ new therapeutic prostate cancer vaccine to patients that have relapsed after radical prostatectomy but prior to their standard radiation and antihormone therapy, we hope to further reduce the risk of recurrence and to take the next step towards a better outcome for these patients. The design of the study allows us to obtain a range of important insights regarding the activation of the immune system, including following the patients to identify novel biomarkers. I am convinced that the TET-technology has great potential to aid us in our battle against prostate cancer and it is a great pleasure to participate in this trial.«

The primary objective of the study is to evaluate the safety and tolerability of three different doses of the vaccine. Patients will receive the vaccine prior to obtaining standard-of-care treatment consisting of radiation and antihormone therapy. They will then be followed for 6 months after the last dose of the vaccine to assess immunological responses such as the activation of T cells and anti-tumour activity. Patient enrolment is expected to be completed in the first half of 2022.

Sara Mangsbo, Chief Innovation Officer at Ultimovacs, talked about the importance of this study in a recent press release:

»Conducting the TENDU study is an important step for us to gain initial data on the novel platform, while continuing to optimize the core TET-molecule and production process. The TET-technology will enable us to expand our pipeline and bring us closer to fulfilling our ultimate ambition of establishing Ultimovacs as a leader in the cancer vaccine field.«

The TENDU trial expands Ultimovacs’ already vast clinical development portfolio, which includes four phase I trials and four phase II trials with their UV1 vaccine. In fact, as stated in the company’s Q4 report, the negative cashflow is expected to increase during 2021, mainly due to the increase in R&D costs related to not only the start of the TENDU trial, but also the continued patient inclusion in the INITIUM and NIPU trials, and the initiation of new phase II trials DOVACC and FOCUS.

However, thanks to a good cash position, the existing funding is expected to last through the readout of primary endpoints in the phase II trials in 2022 and 2023. For a more comprehensive account of Ultimovacs’ clinical pipeline, read here and here.