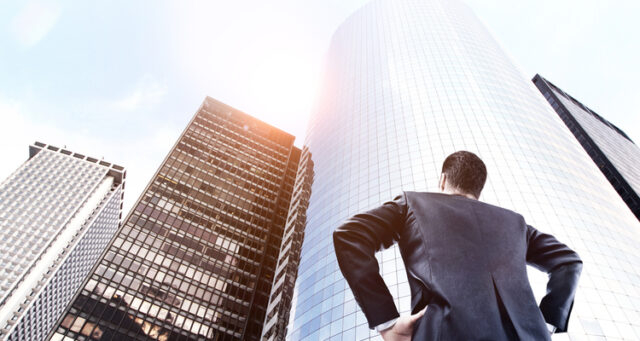 Iconovo recently submitted the first two patent applications for ICOpre, the company’s latest inhalation platform and largest investment to date for the company. To optimise the development of ICOpre, Iconovo appointed Dr Kyrre Thalberg as Senior Advisor in formulation development. The activity around ICOpre comes as good sales results were presented for GSK’s Ellipta range of inhalation platforms, i.e. the inhalers that ICOpre is intended to mimic as a generic version.

Iconovo develops complete inhalations products with associated dry powder formulations. In 2019, Iconovo decided to make a significant investment in the development of a new inhalation platform, ICOpre, with the goal of entering both the US and European markets.

Iconovo has now submitted the first two patent applications for ICOpre. Additionally, they have recruited the dry powder formulation expert Dr Kyrre Thalberg as Senior Advisor for the development of formulations, primarily for ICOpre.

ICOpre is a pre-metered multidose inhaler with 30 individually-sealed doses for a month’s supply, complete with a dose counter. Every dose comes from two compartments, which makes the inhaler suitable for combination therapies with up to three different drug substances.

Iconovo has earmarked SEK 20 million for the development of ICOpre, and, if the company sticks to its current schedule, the development process will be completed in 2020. Iconovo plans to present ICOpre to the public for the first time at the virtual conference Respiratory Drug Delivery, which runs between 4-7 May.

When the inhaler is fully developed, Iconovo will move to a phase where ICOpre will be optimized with different powder formulations. The plan is to develop five powder formulations to develop generic versions of the products in GlaxoSmithKline’s (GSK) Ellipta portfolio, for the treatment of COPD and asthma. Over the next 10 years, the inhalation market is expected to be dominated by these products.

The mechanism in ICOpre mimics the ease of use and the simple three-step handling in Ellipta: open, inhale, close. However, ICOpre has an improved design and other technical characteristics not pertaining to the Ellipta inhaler, which means that Iconovo can circumvent GSK’s patent for Ellipta. Thus, Iconovo is not limited by the Ellipta inhaler’s patent protection to 2030, which means that Iconovo can reach the market earlier than other competing generic alternatives. Iconovo’s goal is to find a partner who also wants to be the first, or one of the first, out with a generic Ellipta version on the market.

On 3 February, GSK released its annual report for 2020, which shows that the Ellipta products generated a total of 2,755 million pounds in sales revenue in 2020. This corresponds to 20 per cent growth compared to the year before. A predominant part of sales comes from the US market.

Sales of Ellipta products are not expected to decline, on the contrary – analysts forecast sales of USD 4.5 billion in 2023.

»We are very pleased to be able to attract such international authority on formulation development. This will further strengthen the high scientific level of our work and help us to accelerate the development of our generic Relvar ICOpre« – Johan Wäborg, CEO of Iconovo.

Thalberg’s focus will primarily be on developing a generic version of Relvar Ellipta from GSK. According to GSK’s annual report for 2020, sales of Relvar amounted to 1.1 billion pounds in 2020, which means that Relvar accounted for almost half of the sales revenue for the Ellipta portfolio.

In addition to strengthening the organisation with key competencies, Iconovo has also filed the first two patent applications for ICOpre. Last week, Iconovo was also able to announce that the USPTO intends to approve a patent for ICOres, which will be the second approved patent for ICOres in the United States:

»This new patent demonstrates how unique and innovative ICOres is. With two granted patents in the USA, we now have a very strong position on the American market. Our broad international patent protection allows us to intensify our global business development effort« – Orest Lastow, CTO Iconovo.

The patents cover the technology used in several of Iconovo’s customer projects, such as the development of a generic version of AstraZeneca’s Symbicort together with Amneal. Iconovo has granted patents on ICOres in the USA, Sweden, Europe, Japan and China.

In total, the company now has 84 granted patents and 25 ongoing patent applications. Strong patent protection is an important part of Iconovo’s strategy and also an absolute requirement from potential customers.

In addition to the development of ICOpre, Iconovo has much to look forward to in 2021. The company will enter into a phase I study with ICOone together with Monash University in Australia for inhaled oxytocin against postpartum haemorrhage. Last week, Iconovo received the first work order from Monash University. Payments for these development works are in addition to the 900,000 EUR in technology asset compensation as well as milestone payments and royalty income that the agreement entitles to.

With the company’s new CEO Johan Wäborg at the helm, Iconovo spoiled the market with a long list of positive news in 2020. For example, several granted patents, a new development partner, CE-marking, new collaborative projects and agreements, major progress by partner Stevanato in the production of ICOcap, and more. BioStock will follow Iconovo with interest in 2021 and see if the company can maintain the positive momentum that defined 2020. 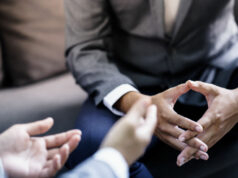 Iconovo starts 2023 with negotiations for ICOpre 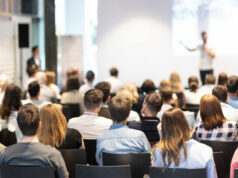