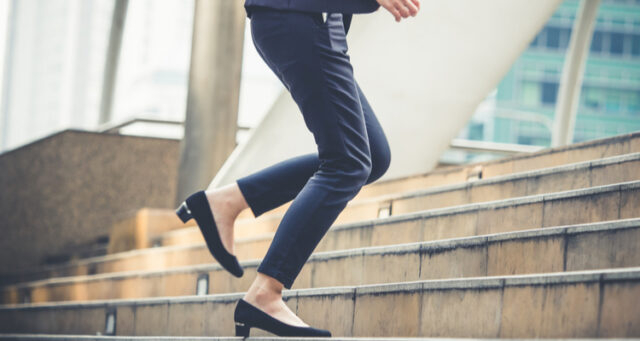 At the end of January, Abliva announced that Dr. Ellen K. Donnelly, an industry veteran with important experience in the development of treatments for rare diseases, has been appointed new CEO. At the beginning of February, then CEO Erik Kinnman handed over the role as lead executive of the company, whose focus is on rare mitochondrial diseases. BioStock got the chance to talk to Donnelly about her background, how she views Abliva’s potential and what is next for the company.

Biopharma company Abliva develops drugs for rare primary mitochondrial diseases. The mitochondria create the energy required for humans to function optimally, but in patients suffering from a primary mitochondrial disease, the energy-creating process in the mitochondria does not function properly. For those affected, this has serious consequences such as cell death and loss of organ function, making it difficult to, e.g., move and breathe, and in many cases the patient’s lifespan is significantly shortened.

Two candidates in the pipeline

Today, there is a significant lack of knowledge about and effective treatments for these diseases – something that Abliva wants to change by developing its two candidates. The company’s main candidate KL1333, which is developed for use against MELAS and similar conditions, already has orphan drug classification in both the USA and Europe.

Patient studies are currently underway with KL1333, and Abliva is preparing a pivotal phase II/III effect study to be initiated during the second half of 2021. The decision to conduct a pivotal study is based on a recommendation from the FDA, which provided positive feedback regarding the company’s development plan this summer. The British Medicines Agency (MHRA) has also welcomed Abliva’s accelerated development plan.

With KL1333 progressing to the clinical stages, Abliva wants to increase its focus on commercialisation. It is against this backdrop that the company has recruited Dr Ellen K. Donnelly to the position of CEO. Donnelly, with a doctorate in pharmacology, has, among other things, important experience within the development of treatments for rare diseases from her time as CEO of Swedish company Modus Therapeutics.

Read an interview with Abliva’s Chairman of the Board about the change of CEO here.

BioStock had the opportunity to talk to Donnelly about how she sees her new role and Abliva’s potential.

Ellen, first of all, can you tell us a bit about your academic and professional background?

– Thank you for the opportunity to speak with you! Over the past twenty years, I have spent time working, leading, and learning in both biotech companies as well as big pharmaceutical companies, across many diverse areas.  After receiving my PhD from Yale University (Pharmacology), I worked as a management consultant focused exclusively on advising clients in the healthcare industry.  From this experience, I knew I loved working with small biotechs, but I also recognised that I had a great deal to learn.

– After this, I spent almost a decade at Pfizer in positions ranging from internal consulting, portfolio and project management, neuroscience research & development, and clinical operations. When my family relocated to Stockholm in late 2016, I took the opportunity to leave Pfizer and joined Modus Therapeutics AB as CEO. I led Modus from 2017 to 2020 and then joined a healthy aging company, Juvenescence, where I was responsible for several companies as well as a division focused on Epigenetics. My heart was still in Sweden, though, and I am happy to be back leading Abliva.

What attracted you to the role as CEO of Abliva?

– I am passionate about the development of new therapies for patients with rare diseases and Abliva has a strong package – a focus on a rare disease (primary mitochondrial disease) with high commercial potential, a portfolio with differentiated, life-changing therapies and an expert team of drug developers that have the knowledge necessary to take our therapies to the market.

– When comparing Abliva to other companies in this space, it is clear that Abliva has significant, unrecognised value and I look forward to communicating our story to new and current investors as we make Abliva an internationally-recognised leader in mitochondrial medicine.

What are the most important experiences from your work in the life science sector that you take with you to Abliva and how will they benefit the company?

– I think my experiences in working on the development of rare indications – both as it relates to patient interactions, regulatory opportunities, and specialist investors – will be extremely helpful to Abliva as we move KL1333 through development to the market.

– I also think my network in the United States and my knowledge of the U.S. policies, vendors, and landscape will help us as we expand our efforts abroad.

What new perspectives do you hope to bring to Abliva and how will these affect the company’s development?

– The team at Abliva has done a remarkable job of building a world-class biotech company but it has been hard to get the company recognised outside of Sweden. I hope that the establishment of a new office in Boston will help increase the visibility of the company and move us to the next level.

– I also look forward to working with the team to increase our interactions with patient groups and physicians across the EU and in the US to ensure that the full potential of KL1333 and NV354 are recognised and that patients and physicians are excited about participating in our upcoming clinical study.

Given your experience in the rare disease space, how do you view the potential of KL1333 and NV354?

– Abliva has the ability to make a difference in the lives of thousands of patients across the world that suffer from a painful, debilitating disease called mitochondrial disease. KL1333, our lead compound in phase I, will enter a large global, registrational phase II/III study later this year and, if positive, could be on the market as soon as 2025. The data package that we have supporting the drug, from both preclinical experiments demonstrating efficacy and safety information from healthy volunteers, suggest a great deal of potential for KL1333.

– NV354 is still in the preclinical space, but we hope to get important data this year that could, if positive, support a clinical start.

– The primary assessment of efficacy will not come until the phase II/III study; however, the Abliva team is actively de-risking the development program to ensure KL1333 has the best chance of success!

What will be your first focus now that you have taken over the role as CEO?

– My primary objective is to ensure the company is optimally financed and properly valued. I will do this by communicating the Abliva story across Sweden, Europe and the U.S.; being transparent as to the strengths and opportunities of our programs, and accurately setting expectations as to what to expect from the company during this pivotal year ahead for the company.

Finally, where do you see Abliva in two years?

– With the readout of our phase I study and the launch of our new phase II/III study later this year, the future of Abliva is bright. In two years, I anticipate that Abliva will have transitioned into a global late-stage biopharmaceutical company actively preparing for commercialisation of KL1333 as we await the readout of our pivotal phase II/III trial.

– In addition to our lead late-stage asset, we aim to have a strong portfolio of clinical stage compounds focused on a diverse range of mitochondrial diseases. With the successful achievement of the milestones ahead, I would expect that we will have attracted additional investment and solidified the confidence of our current shareholder base.